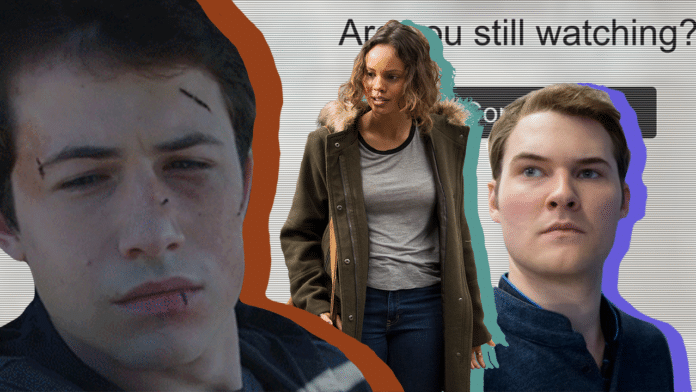 13 Reasons Why is a television series developed for Netflix based on the book by the same title.

It is a controversial show that addresses heavy topics, including suicide, sexual assault, and violence.  The show has become quite popular and has gathered a lot of media attention.

As a disclaimer, I have not watched the entire show. I watched a few episodes of the first season, and had to quit. It felt so heavy and intense and as a graduate student in the mental health field, I did not have the emotional stamina to watch the season in its entirety. However, I have read the synopsis of all the episodes from season one and season two. Season three will be released on Netflix on August 23, 2019.

From trailers, season three appears to focus on a murder and the mystery behind attempts to figure out who the murderer was.

We’re not exactly sure what season three will entail, but based off of seasons one and two, here are some reasons why you maybe shouldn’t watch season three:

1. 13 Reasons Why Has Triggers Galore

The main topics depicted on the show are very intense, heavy topics, including suicide, sexual assault, and violence. These topics can be triggering and traumatizing, especially if one is actively dealing with mental health struggles and challenges.

The depiction of these heavy topics focuses on shock value and not addressing the heavy topics in a healthy way. Personally, after watching some of the scenes, I felt quite discouraged and hopeless.

3. It’s Less About Content and More About Shock Value

On that same note, the scenes in the show covering the sensitive topics including suicide, rape, and sexual assault are graphic and incredibly difficult to watch. It appears that season three will probably include graphic, intense scenes again, including violent scenes. It appears that they chose to have the scenes so graphic for that shock value.

4. On-Screen Warnings Are Not Enough

After the show received criticism for the graphic scenes shown in the first season, they started putting on-screen warnings for season two. However, how easy is it to ignore those warnings? Or just not believe that the show is going to impact you in a negative way?

Simply because a show has a TV-MA rating and other warnings does not mean that individuals are going to take those warnings seriously and truly know from the warnings themselves how the content will affect them. They did add more resources to the second season, but a lot of these appear to be resources viewers need to self-select to watch or download, instead of automatically being part of the show and one’s experience of the show.

5. Suicide Contagion is a Real Issue

There is concern surrounding the “copycat effect” of death by suicide following the release of the show. One needs to consider the impressionability of those who watch it. After the release of the first season, searches related to suicide and suicide methods increased. \

Continually addressing suicide in the way that the show is choosing to do so may lead to more deaths by suicide.

6. The Show Has a Very One-Dimensional View of Mental Health

It is very important to address mental health struggles and challenges, as well as what one can do to seek mental health care, which is also not adequately addressed (see number 7).

In the second series, there is one brief announcement from the cast members focusing on where one can go to seek help, but in my opinion, this is not enough at all.

8. Blaming Others for Hannah’s Death = Not Cool

The show emphasizes blame of others for Hannah’s death by suicide. The series focuses on others who Hannah felt were responsible for her death by suicide. Even though on one end, this can help lead to reflection on the impact of our actions on others, Hannah ultimately made the choice to die by suicide.

It is not healthy to focus on blaming others for one’s choice to die by suicide, instead of focusing on the causal effects and mental health struggles and concerns that may have lead to Hannah seeing death by suicide as the answer.

9. 13 Reasons Why Glorifies Death By Suicide

The show shows suicide as the “answer” to struggles, and in a way, glorifies death by suicide. Season two focused on a trial surrounding Hannah’s suicide, with people holding signs with her face on it and saying “Justice for Hannah.”

All the attention on suicide in the show focuses less on the devastating emotional and interpersonal impacts of someone’s death by suicide, and more on the attention given to Hannah after she dies by suicide.

10. The Show Pushes a “Revenge” Mentality

The show portrayed the main reasons behind suicide as focusing on revenge. This emphasized a “they’ll be sorry” mentality for the motivation behind Hannah’s death by suicide. The show emphasizes Hannah’s impact on others once she dies by suicide, and causing others to reconsider their actions after her death.

Instead of portraying interpersonally challenging conversations that could’ve potentially taken place while she was still alive.

11. It Portrays Asking for Help as a Useless Effort

Going to others for help is not seen as a solution throughout the show. During season one, Hannah went to an adult working at her school, and was met with dismissiveness and rejection.

In season two, when there is a threat to a school shooting, the students do not alert the authorities, but instead, focus on addressing the student and the threat themselves. The show emphasizes handling matters by oneself, which could lead to teens believing that they cannot seek support from teachers, mental health professionals, parents, police, and others.

12. No Time for Processing

The show leaves the debriefing of the intense content largely up to you. On a positive note, the show can lead to important conversations between students and parents, friends, as well as other professionals, when conducted in a healthy and supportive way.

Watching the show by oneself as a teenager can lead to no room for a debriefing from the extremely heavy content. When students have the opportunity to watch the show with people who support them, this can lead to reflective conversations.

When that is not there though, this can cause the student to sit with the heavy content by themselves. The content of the show is so emotionally draining, and it is important to be able to process it with others.

13. It Doesn’t Seem Like 13 Reasons Why is Going to Change Anything

There is a lot of uncertainty as to how season three will handle these heavy topics, so there is not an easy way to mentally and emotionally prepare for the triggering effects that may occur. The emphasis on shock value and graphic depictions of violence, suicide, and sexual assault in past seasons seems to indicate that topics in season three will be handled similarly.

If you or someone you know is experiencing suicidal thoughts, there are resources that one can use to reach out for help. 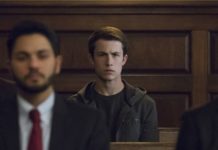