Every year, tons of articles lament which deserving person or movie didn’t get an Oscar nomination. This year, you’ll read a lot about Tom Hanks, James Franco, Armie Hammer, and Steven Spielberg getting snubbed. You’ll hear moans that films like Mudbound, The Big Sick, Wonder Woman, and The Florida Project got overlooked for Best Picture. These complaints are unavoidable.

There is much more good work than the tiny number of slots to recognize them.

This year, however, there were no gross oversights. Instead, we got great—and often unexpected—news among the nominations. In no particular order, here are 10 happy surprises:

One of the best living songwriters scores an Oscar nomination for his song, Mystery of Love. I had lobbied hard for him here and on social media, so I’m thrilled he earned the nom. His song is haunting and beautiful and worthy of the honor.

The gritty X-Men movie earned an unexpected, but much-deserved nomination for its script, making it the first superhero movie ever nominated in the category of Best Adapted Screenplay. Brad Bird earned a nomination for Best Original Screenplay for The Incredibles back in 2004. Even The Dark Knight couldn’t score for writing.

You can read the full screenplay for Logan here.

Speaking of The Dark Knight, did you know the man many consider the defining filmmaker of the early 21st century has never scored a nomination for directing until this year? He’s been nominated before as a writer and a producer, but never for Best Director. Not for The Dark Knight, not for Inception, not for Memento. With Dunkirk, he gets the Academy recognition he has deserved.

Wrap your head around this: she’s won 6 Emmy’s (nominated for 11), 5 SAG Awards (nominated for 10), and a Golden Globe (nominated 6 times), but she’s never even been nominated for an Oscar until this year. You can’t watch I, Tonya without being seized by how delightfully horrible she is in that role.

It’s one of my favorite performances of the year.

A woman has never been nominated for Best Cinematography. It’s the only category that remained the All-Boys’ Club until this year. She’s done good work before on Fruitvale Station, Dope, and Cake. You’ll experience her talent again in the upcoming Black Panther. She’s a true artist.

He wrote and directed Get Out, one of the true original works this year. He earned nominations for both and the film picked up a Best Picture nomination. He becomes one of only five African-American filmmakers to ever be nominated for Best Director. None has yet to win. He picks up a nomination for the first film he directed, which is an amazing accomplishment. Oh yeah, he also got nominated for producing it. A bit of an overachiever, that Jordan Peele.

Another first-timer, Greta makes Academy history as only the fifth woman to be nominated for Best Director and the first one to pick up a nom for her directorial debut. Her film, Lady Bird, is an assured, confident piece of work that elevates the teen high school comedy to a work of art.

Alfie Oldman’s dad, Gary, wasn’t his only parent to be nominated this year. His mom, Leslie, picked up her first Oscar nomination for playing Daniel Day-Lewis’ chilly sister in Phantom Thread. I have loved many Paul Thomas Anderson movies in the past (There Will Be Blood is the best movie of the 21st century so far, in my estimation), but Phantom Thread is not a favorite for me. That being said, Ms. Manville’s performance was a strength of the film and worthy of a nomination for this acclaimed stage actress and muse of film director Mike Leigh.

She picked up not one but two Oscar nominations, one for Original Song for Mudbound and another for her terrific acting turn in the same film. The nine-time Grammy winner might add an Oscar to her impressive entertainment resume. Mudbound’s four nominations also signal a subtle but important shift in Hollywood where a film delivered primarily through streaming (Netflix) picks up several big Oscar nominations. We thought Beasts of No Nation would be the breakout two years ago, but it turned out to be this post-WWII depiction of racism in rural Mississippi that changed the game.

The Radiohead guitarist and keyboardist has collaborated with Paul Thomas Anderson on four films. Like the others, his unique score for Phantom Thread is almost a character in itself. His musical scores are unlike any other, deepening each story. It’s sweet to see his name among the nominees again this year.

All the Money in the World’s pay disparity controversy with Mark Wahlberg and Michelle Williams became the big story after director Ridley Scott excised Kevin Spacey from the film and reshot with Christopher Plummer and the remaining cast. While that is a worthy story, don’t lose sight of how 88-year-old Plummer stepped in with practically no notice and nailed the role of J. Paul Getty and earned his third Oscar nomination. See the movie and behold a master at work.

There’s a lot of good news this year among the Oscar nominations.

Women were recognized in important categories where they had been overlooked in the past. African-American artists earned recognition for acting, directing, writing, producing, and in other major categories. The Academy recognized new voices and worthy professionals for their great work this year.

The Best Picture nominations represent a wide range of genres from fantasy to drama to comedy to romance to historical biography. Many of them, whether they were set in the past, other countries, or in fantasy realities, had much to say about how we live—and should live—today. They were also full of rich and diverse characters who were black, LGBT, young, old, male, female, mentally ill, noble, ignoble, cowardly, and courageous.

It’s a broad palette of the human experience that shows us why movies are still so vital to our culture. 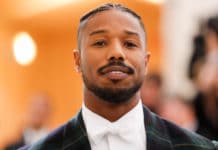 How Michael B. Jordan Overtook Hollywood 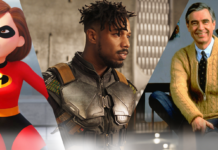 Furthering Feminism: Thank Goodness for the Women of Black Panther