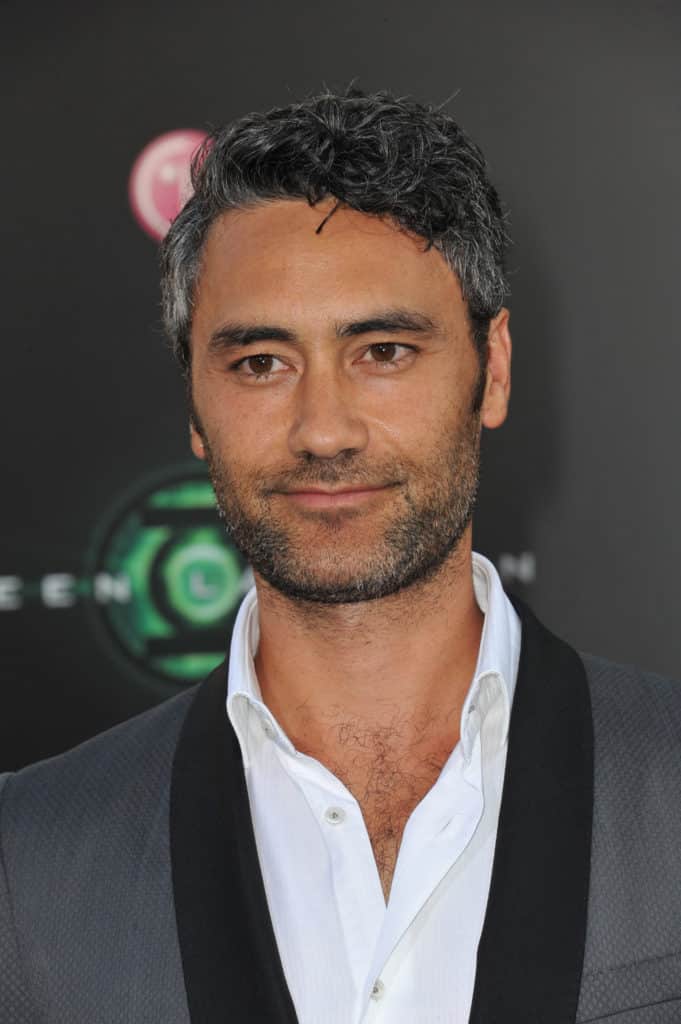 Living in New Zealand, I have a front row seat to Taika Waititi’s budding brilliance and cultural influence. Waititi is a unique director with sensibility, vision, and a killer sense of humor. Through film, Waititi explores important social issues: Maori identity, poverty, children in foster care, childhood neglect, loneliness, and bullying. Yet, his real talent is his ability to explore these deep issues with humor and hope. Waititi has started a meaningful conversation here in New Zealand and everyone is paying attention. Now it’s your turn to pay attention, America, because he’s heading your way. I’ve seen the social influence he has and I cannot wait to see where he takes it from here.

Waititi’s first movie, Eagle vs Shark, is a ridiculous romantic comedy about two socially awkward outsiders. Starring Jemaine Clement (Flight of the Conchords) and Loren Horsley. It is not a film for the masses but it is so quirky and offbeat that it has the makings of a cult classic.

With his second effort, Boy, Waititi hits his first home run and received international critical acclaim for his efforts. He tells the tale of a Maori child named “Boy” growing up in 1980’s New Zealand. Boy faces what we all faced as children, a desire to fit in, get noticed, escape, and an obsession with Michael Jackson (maybe that was just me);  but Boy experiences the additional hardships of poverty, death of a parent, and a disappointing father figure. While the subject matter sounds heavy, the movie is whimsical. The moonwalking Boy is surrounded by a younger brother with magical powers, a father who thinks he is a shogun, and his best friend, a goat named Leaf.  Waititi displays a wonderful ability to lull his audience into consideration of real social issues within the safe and comfortable confines of light-hearted comedy.

He is friggin’ hilarious.

Who wouldn’t love a mockumentary about vampires sharing a flat, fighting over chores, and paying the rent? Waiiti joins forces with Jemaine Clement to write and produce a side-splittingly funny film about vampires ranging in age between 183 and 8,000 years old navigating the mundanity of the modern world. Scoring a 96% on Rotten Tomatoes, this one was a crowd pleaser. I suppose Deacon the vampire was right when he said, “When you are a vampire, you become very…sexy.”

He roots for the underdog.

Waititi’s newly released Hunt for the Wilderpeople is excellent. It has already broken the New Zealand box office records in its opening weekend. Waitii adapted Barry Crump’s novel to explore the relationship between two lost souls who stumble upon a family in one another. Maori boy and “real bad egg” Ricky (Julian Denison) and accidental foster uncle, Heck (Sam Neill) take to the bush (forest) and end up running from the law. The journey shared between boy and man is all at once harrowing, thought-provoking, light-hearted, and hilarious…a magnificent feat in my view.

He is taking on Disney AND Marvel.

Waititi dips his big toe into the magical fountain of Disney with the original script for soon-to-be-released Moana about a spirited Polynesian princess and her unique connection to the sea and a demi-god named Maui. Clearly, someone at Disney is paying attention, for Waititi is slotted to direct Marvel’s third Thor movie. (Thors 1 and 2 grossed a smooth 1 billion bucks- no chump change here.) The success of Marvels’ films largely rests on their willingness to hand the directing torch to unknown or unproven directors.  It may be difficult to imagine now, but there was a time when Jon Favreau (Iron Man 1 & 2), Joss Whedon (both Avengers films), Anthony and Joe Russo (Captain America: Winter Soldier, Civil War, The next Avengers film) and James Gunn (Guardians of the Galaxy) were risky choices to direct action-films with $100+ million budgets.

I am thrilled to see Taika Waititi’s talent recognized. He is just the kind of quirky, zany writer/director I want entertaining me. My only hope, and this is a big one, is that he continues to tell the tale of the underdog, the little guy, the outsider. I hope he continues to make us think, laugh, and want to do better as a society. It is a gift not to be taken lightly, but to be shared liberally. Best of luck, Taika Waititi, we’ll be watching.