As a mental health counselor specializing in working with young adult guys, I have guided my fair share of young men through difficult times. Seeing as Colin Kaepernick has been receiving an influx of unsolicited advice lately, I thought I’d join the party. As a mental health counselor, giving advice is what I do for a living, so I hope that I can be of a little more assistance than some of Kaepernick’s peers have been as of late.

If you’ve watched any sports’ news in the past several weeks than you’ve likely seen a former athlete or commentator share their perspective on what Colin Kaepernick should do to improve his chances of getting back on an NFL roster.

Just a couple weeks ago, Michael Vick advised Kaepernick to cut his hair in order to “improve his image” and be more “presentable”. Vick later retracted his statement, arguing that Kaepernick’s lack of performance on the football field is the real reason why he’s not currently being sought after by NFL General Managers.

More recently, Hall of Fame linebacker and former Baltimore Raven, Ray Lewis advised Kaepernick to stop getting caught up in “this nonsense” and let his play on the football field speak for itself. Lewis went on to add that, “the football field is our sanctuary.” 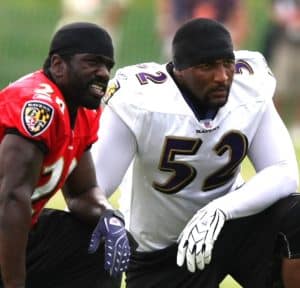 Before I go any further, I’d like to first highlight the fact that Lewis, Vick and others are operating under the assumption that playing in the NFL is Kaepernick’s ultimate goal. Having followed Kaepernick’s activities for the past several months, I’d argue that he has greater aspirations than just playing football. See here for a snippet of all that Colin Kaepernick has been doing while the media has been debating over his future in the NFL.

It’s been an eventful offseason for Colin Kaepernick

My advice to Kaepernick is simple: Keep doing what you’re doing.

If you want to use your platform to challenge the status quo and bring awareness and change to a subject matter that is meaningful to you, then more power to you. After all, there aren’t many people out there that are willing to risk the comfort of their current life circumstance for something greater than themselves.

Keep in mind however that persistence will be key. As we often reference in mental health counseling and family systems theory, homeostasis, or the status quo is difficult to alter. If you remain consistent, however, you can and will help develop a new normal.

Although you may have lost your position as a professional athlete, your courage and commitment to a cause greater than yourself has earned you a fan. Keep fighting the good fight, Kaepernick.