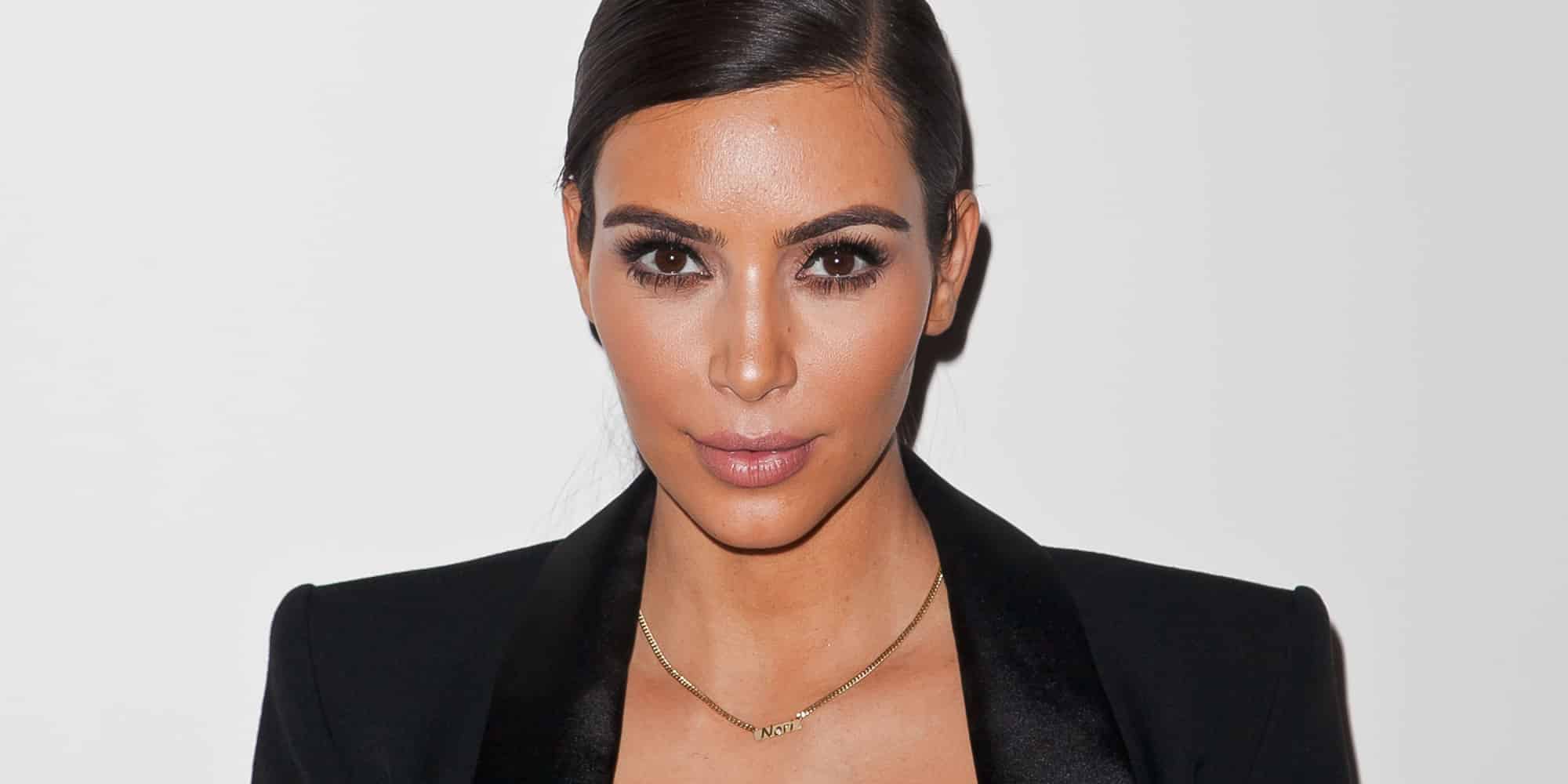 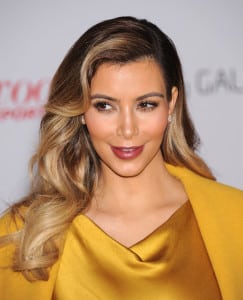 There would be no Kardashian empire without Kim. While Kris, as momager, may have fueled the ‘enterprise,’ Kim has been the face and body behind its branding. What intrigues me about an otherwise vapid celebrity is the fact that Kim, in my mind, simultaneously worships and mocks our culture. Similar to Duchamp’s commode (no offense here), Kim evokes a similar puzzlement for me: is this art or rubbish?

Compared to others in the Kardashian/Jenner clan, Kim actually says very little on the show. Much of what we have to appraise her by is her image and the safe and seemingly vetted public statements she makes. The jury is still out, for me, on whether she is a vapid princess whose success hinges on her power- and fame-hungry mom and our culture’s insatiable appetite for mind-numbing, guilty pleasure escapism; or a savvy opportunist who lives her life as performance art, and potential topic of study in classes of sociology and modern culture and media. 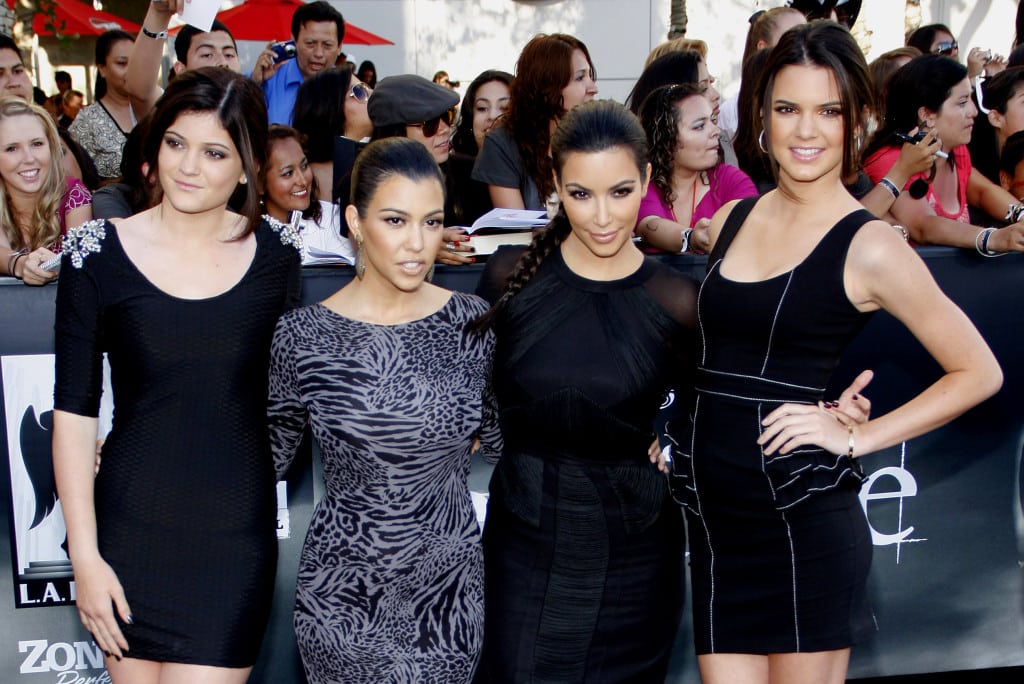 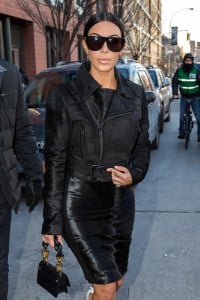 Adjectives that come to mind to describe Kim include privileged, attractive, curiously and debatably successful, somewhat boring in terms of overall gravitas or complexity, both unintentionally profound and ignorant, unapologetically vain, superficially distressed, ambitious aaaand, here’s the kicker—a modern feminist. Many are confused by her success. Likely, it stems from the perfect storm of a social media- and image-driven culture, globalization, and our fascination with things that are both attractive and relatable. But at the end of the day, Kim wants it all and doesn’t shy away from being a stakeholder. When asked whether she wanted to be known as a sex symbol or business woman, “or what?,” Kim refused to choose, stating she could be both. She is also a working mom, mogul, an immigrant’s daughter living the American dream, an Armenian-American ambassador, part of an interracial marriage, both a muse and an entrepreneur, and a powerful and influential woman. Kim promotes strength in femininity and doesn’t shy away from her feminine wiles. I get the feeling that she is aware of her limitations but focuses on her strengths, as well as the strengths of those around her. This makes her both a charismatic and endearing personality.

It would be hard to write an article on Kim Kardashian without commenting on her physical appearance. She has built an image bound identity, to the point that if it weren’t for the invention of the camera and social media, it would be hard to imagine ever considering even scrutinizing her existence. 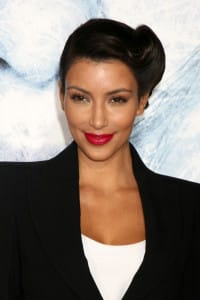 In fact, part of who Kim is is so wrapped up in her looks that I feel the public really actually knows very little about her (i.e., her views, preferences, personality, etc.) outside of the visual representation she provides. When it comes to her looks, some of the more feminist persuasion may see Kim as being exploited—by her family, by the media, by her husband, etc. But I’d argue that Kim is the one doing the exploitation of her voyeurs. In a media and image driven culture, Kim capitalizes on her good looks and skill set for taking blue-steel-cum-vacant selfies while wrapped in bondage or loin cloth styled garments. A photograph she posted last May of she and Kanye’s wedding garnered over 1.92 million likes on Instagram, making it the most liked image ever posted on the site.

In May of this year Kim compiled a 448 page portfolio of selfies entitled “Selfish” which became a best seller on both sides of the Atlantic just 5 days after being released. The book reportedly documents images ranging from across Kim’s life (pre- and post- celebrity), often scantily clad and sometimes nude. There are also selfies including friends and family, and even a few relatively unflattering and humorous images as well, so I hear. [mks_pullquote align=”right” width=”300″ size=”22″ bg_color=”#ffffff” txt_color=”#000000″]“The book, like Kim herself, has provoked some controversy.”[/mks_pullquote]The book, like Kim herself, has provoked some controversy; I think mostly for those who otherwise consider themselves highbrow connoisseurs, who can’t help but be morbidly curious about the book. On the one hand, it is easy to write off the book as yet another uninspired vanity project being spewed out by the Kardashian wheelhouse for unenlightened and unsophisticated consumption. 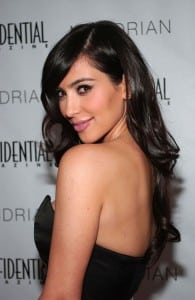 On the other hand, a book reviewer who is perhaps tempted to search for deeper meaning or existential relevance, might see the endeavor as more of a satire; a cleverly and ironically crafted profound statement from a savvier-than-you-think bombshell. I thought Laura Bennett, of Slate summarized it best: “Selfish is an insane project, a document of mind-blowing vanity and deranged perseverance. It’s also riveting. I can’t recommend it enough.” Additionally, for those who consider themselves purveyors of sophisticated and intellectually informed taste, yet still consider the Kardashians a guilty pleasure, you may appreciate Lena Dunham’s caption to a selfie she posted with “Selfish”: #yeahiboughtit (I support experiments in female identity exploration/am a student of pop culture/will not be shamed).”

A more overt controversy surrounding Kim’s existence was provoked on her appearance on NPR’s Wait…Wait Don’t Tell Me. NPR snobs were outraged that she was an invited guest on their beloved cerebral and formerly-supposedly-free-of-the-likes-of-Kardashian radio program. There was some irony to the disgust of the self-proclaimed liberal and open minded viewers of a comedy show that often embraces sophomoric puns and poking fun at celebrity. The tone of response felt almost mean-spirited and bullying, while Kim herself, although not particularly additive to the dialogue or content, was at least gracious and participative. 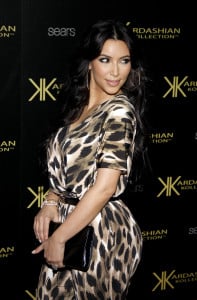 Kim appears to have mad love for her female friends and fans. While her image has undoubtedly aroused the attention of many males, Kim seems devoted to her female following and lovingly espouses make-up, exercise, and diet advice. She promotes Girl Power, intentionally or not, by basically being both a successful and nice person. Does she have body issues? Traits of narcissism? Probably. But she has single handedly broadened the popular concept of beauty. More than ever before, we find images of non-white, non-waif, and racially ambiguous people who are beautiful; and not in a United Colors of Benentton / PC kind of way. Girls and woman are more likely to find themselves reflected in pop-culture, promoting all kinds of acceptance, including that for our bodies and skin color. 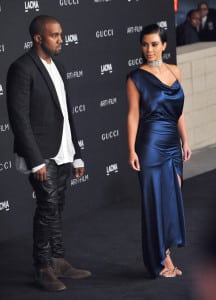 Kim also appeals to many different focus groups, and smartly relies on her image rather than her rants or actions to appeal to her fan base. She simultaneously bares all and provides a blank slate for our own projections. From her humble beginnings as socialite friend of Paris Hilton and leaked sex tape notoriety, Kim rose from the ashes to become an influential business woman and trend-setter who promotes other women and has capitalized on her strengths and opportunities, and she seems grateful for them. Dare I suggest that Kim Kardashian represents modern feminism?

Want more from Dr. Kitson? Check out A Psychologist’s Perspective on Kanye West & Why We Love and Love to Hate the Kardashians.

The Psychology of Kanye West

Taylor Swift’s “Look What You Made Me Do” Sounds Familiar…