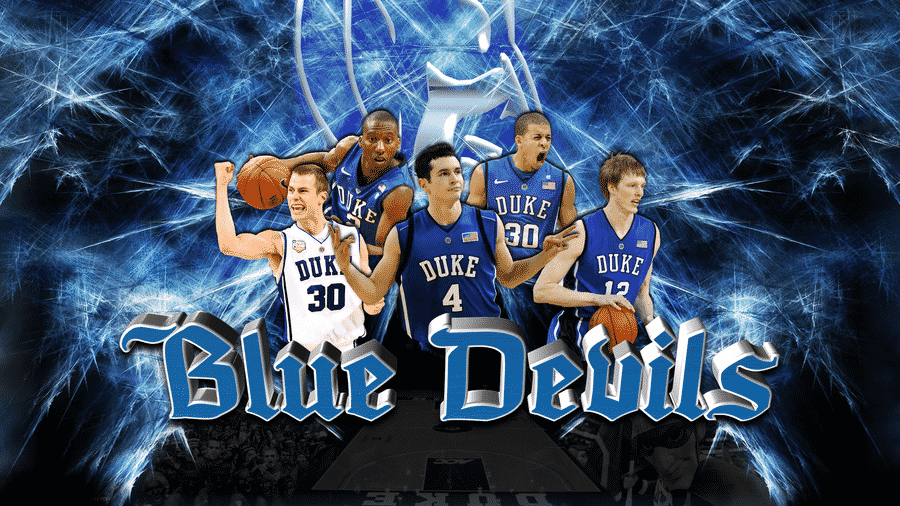 If I could tell my 3-month-old self anything, it would be get some ear plugs and toughen up. It was my first Duke basketball game at Cameron Indoor Stadium, and I apparently couldn’t handle the noise. My mom had to take me out to sit in the student center. During those formative months is where it all began.

I grew up on Duke basketball and am still die hard.

My parents have had season tickets for over twenty years. When we weren’t at or watching a game, we were posing in our Blue Devil gear for family photos or decorating with every Duke trinket known to man. Did I mention our dog’s name is Cameron? 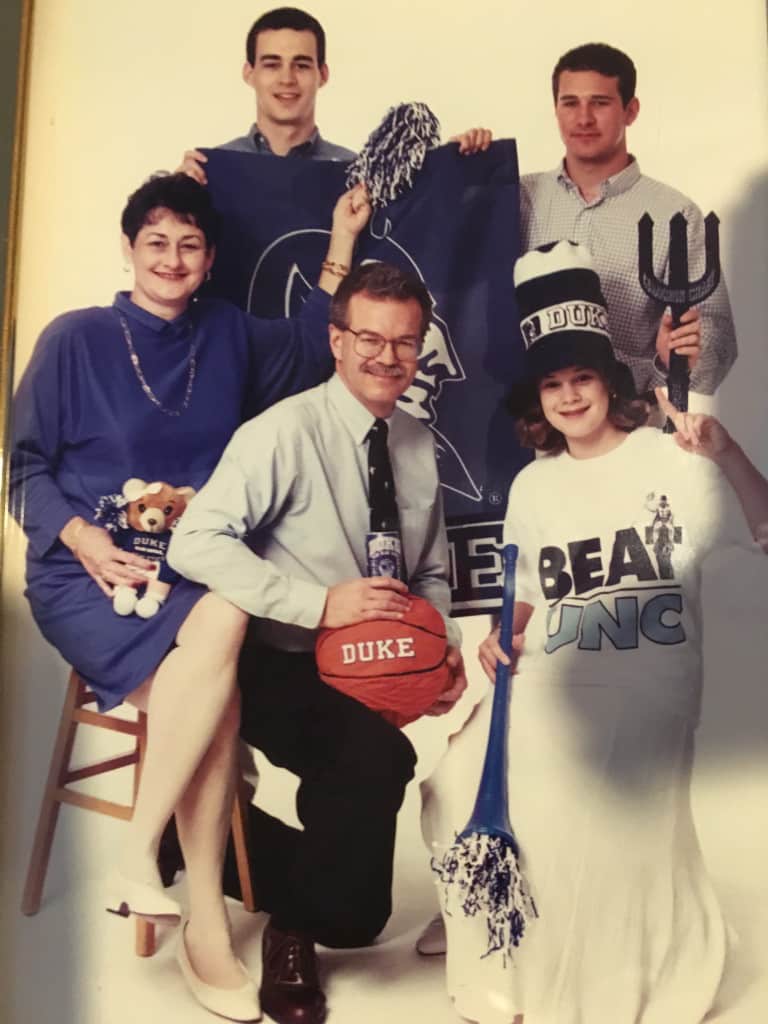 I’m certain I learned my first curse words during a game. My mild-tempered dad has been known to put a hole through the back of a recliner and through the screen door after a loss. There were days in middle school when I tried not to go to school the day after a Duke loss. But then I got tough and realized I wasn’t ashamed, so I’d wear my team t-shirt and hold my chin up through the halls.

I remember being twelve years old, recording the Senior’s speeches with my Dad’s handheld recorder he used as a physician with tears rolling down my face on the last home game of the season. I would replay the speeches over and over in the following weeks. I would truly miss those Seniors. They were like family. I also remember sitting in the stadium in St. Pete in 1999 after our loss in the NCAA championship and simply staring, stunned, not bouncing back for several days. And I remember being in awe when I met Coach K casually passing through the gym during volleyball camp. In my childhood bedroom, my wall was plastered with newspaper clippings, magazine articles, pictures (all mostly of Grant Hill), game programs, and ticket stubs. I would make posters to hold up in my living room during away games. It was nothing short of an obsession. I felt SO connected to these players and was invested in their success.

That’s the beauty of the camaraderie of sports, isn’t it? To feel connected and belong to the same community of “we” whether it’s win or lose. And the visceral reaction that comes with cheering against Carolina or dealing with their fans. 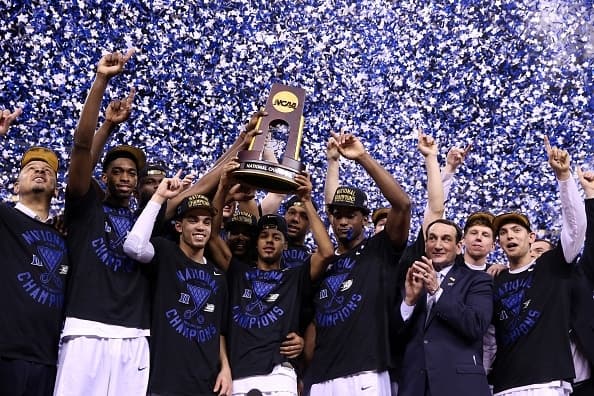 So when it came time to apply to college, I did the obvious thing. I applied early decision. To Wake Forest University.

My dad and two older brothers had all gone to Duke and left some pretty big shoes to fill. [Side note: my mom graduated from Chapel Hill but was dating my dad so she spent most of her time at Duke. We don’t often tell people this little known fact.] While I LOVED Wake and subsequently wouldn’t change a thing from my amazing collegiate experience, I was relieved to not apply to Duke.

“What if I got REJECTED?”

I’m sure there were lots of subconscious fears at play—How would I recover from that rejection? Would my family then judge me? Or if I went, would it somehow tarnish my perfect image of the place? All a moot point now as I simply remained a dedicated super fan (despite my Freshman year when Wake beat Duke in double overtime – I was so dizzy with confusion I had to sit down.)

When it comes to sports, I proudly bleed Duke blue and that will never change.