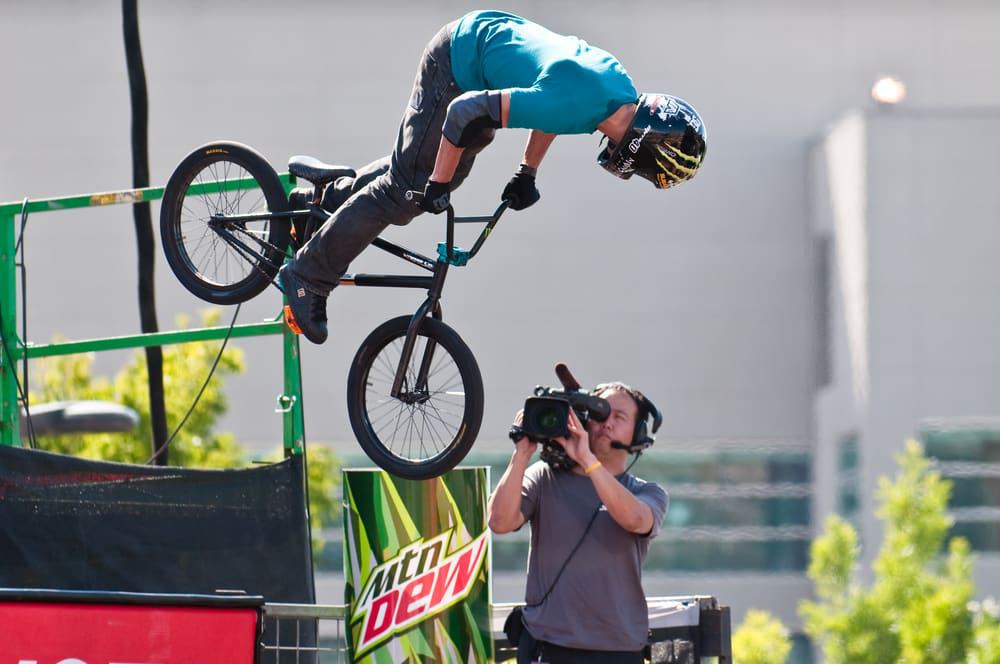 For the millennials and generation Y’rs who grew up immersed in the reality television culture, Dave Mirra was a well-known figure. Whether it was his constant fixture upon the ESPN X-games medal podiums (his record for total X-games medals surpassed only recently in 2013 by skateboarding legend Bob Burnquist), his willingness to welcome strangers into his home via MTV Cribs, or his mellow hosting demeanor of the drama-infested cast of MTV Real World/Road Rules Challenge reality shows, Dave Mirra was a professional action sport athlete that most young people could identify with. Not because he was a professional athlete, but because he seemed like a normal person, who just so happened to be living an extraordinary life.

Millennials and generation Y’rs, to an extent, grew up with Dave Mirra on their media screens of choice. They watched first hand as he continually challenged himself; beginning with BMX, then pushing his limits in rally car racing, and ultimately transitioning into Ironman and triathlon competitions. Dave Mirra, along with other action sport legends Tony Hawk and Shaun White, brought these sports into the living rooms of millions of young people with his Dave Mirra Freestyle BMX video game. He helped legitimize action sports and provided young athletes with the proof that they needed to convince their parents that just like baseball, basketball, and football, action sport athletes can turn their passion into professional and lucrative careers. Not only that, they could have fun and travel the world doing it!

Unfortunately, Dave Mirra’s life as an action sports athlete, and more importantly as a husband and father of two, came to an unexpected and tragic end on February 4th, 2016, as the result of a self-inflicted gunshot wound. At the young age of 41, Dave Mirra committed suicide. The immediate questions of why and how could this be possible start coming to mind – not only from fans and admirers, but also from those within the mental health community at large and the sport psychology community in particular who were left scratching their heads trying to come to grips as to why such a young, successful, and overwhelming loved person would take such an extreme act and end his life. 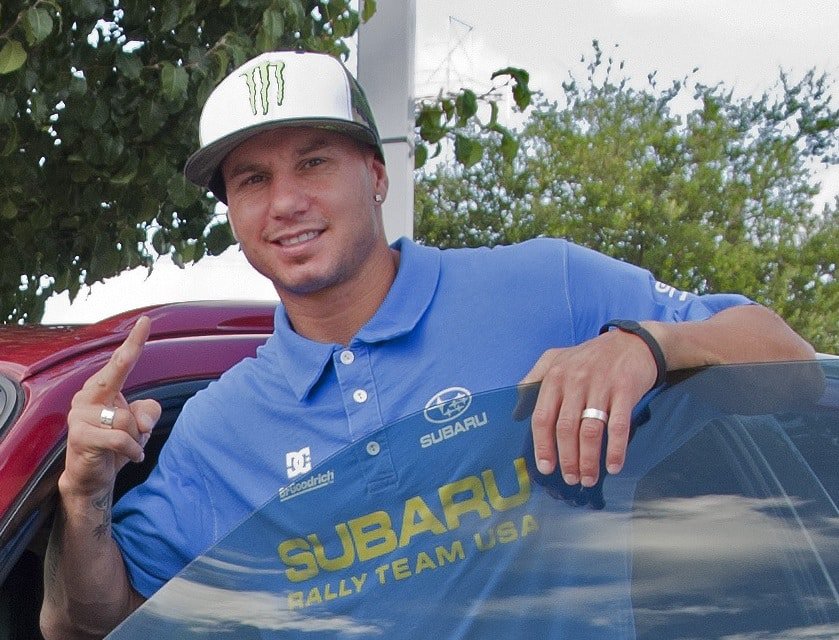 This tragedy hit especially close to home for me personally. As a former action sports athlete who skateboarded and snowboarded for well over 10 years, an active researcher who examines action and risk sport behavior, and as a young father of two children myself, I can’t imagine what type of pain and discomfort Dave Mirra must have been experiencing to take such a drastic measure. And, although no one will probably ever know for sure what was going on with Dave Mirra or why he made the decision he did, I can’t but wonder if the characteristics of action sports (flying, jumping, spinning in the air and trying to land successfully) and their inherent risk (injury, death in some cases) may have played a role. Might the concussion-based head trauma, which has been focused primarily on sports such as football, have played a role in Dave Mirra’s case?

Concussions and chronic traumatic encephalopathy (CTE), have been the focus of much media attention surrounding sport since the Will Smith movie Concussion, based on forensic pathologist Bennet Omalu, was released last year. The movie, which focuses on Omalu’s attempts at bringing CTE and its potentially high impact on football players to the attention of the NFL, has put a spotlight on the sport of football as being a contributing factor to the onset of the disease. The largest known factor impacting one’s susceptibility to CTE is exposure to repetitive head impacts, which unfortunately occurs nearly every time the ball is snapped in football. For some perspective, 87 of 91 former players who donated their brains to research were diagnosed with CTE. Needless to say, many in the public have begun actively questioning the long-term viability of football as a sport.

CTE however, isn’t just a football problem. In fact, it wasn’t until 2005, that Omalu was able to link football with the disease. Prior to that point, it was a disease primarily associated with boxing and was known as “dementia pugulistica”. Which, if you think about it, isn’t that surprising considering boxing is a sport where each person tries to hit the other as hard as possible, mostly within the head region. Although boxing has been on the decline in terms of popularity, mixed martial arts (MMA) has picked up the baton and continues to promote such behavior.

The type of sport in question is irrelevant; the point is that when someone’s head is repeatedly subjected to trauma, bad things happen. Bad things like psychologically based issues concerning mental processing such as memory deficiencies and difficulty with multitasking are common; so too is an increased risk of depression and a lack of impulse control. CTE can also result in physiologically based disturbances, such as the inability to control one’s motor movements. Often these consequences of CTE can result in suicidal thoughts. Within football, there have been a number of players who have committed suicide, and later had CTE discovered within their brains (Junior Seau, Dave Duerson, Adrian Robinson).

So, what does this have to Dave Mirra and action sports? To the casual observer, action sports such as BMX may seem dangerous, even risky. Guess what? They are! A recently published article (Sharma, Rango, Connaughton, Lombardo, & Sabesan, 2015) indicated that during an 10 year time span (2000-2011), more than 460,000 head and neck injuries (HNI) were reported by athletes in action sports such as surfing, mountain biking, motocross, skateboarding, snowboarding, snowmobiling, and snow skiing. HNI include things like concussions and traumatic brain injuries which can lead to several serious life-threatening issues.

Now, action sport athletes do wear helmets, similar to football players; at least when you see them on TV. Within football, the risk of injury to the head is apparent enough that players always wear their helmet when playing. But, is that the case with athletes in action sports? How often do they consistently wear helmets? Do they even think about the potential impact of hitting their head? When we see them on TV, in the X-games or other competitions, they are wearing their helmets. But, if you happen to watch them in person or see a BMX, skateboarding, or snowboarding DVD, you will rarely, if ever see a helmet being used. This gets one to start thinking; how many of these athletes wore a helmet every single time they ollied down a flight of stairs or onto a handrail while skateboarding, or while they popped from obstacle to obstacle in the snowboard park, or while they were trying double-tail whips off of homemade dirt jumps? How many of them slammed hard into concrete, packed snow, or dirt trying to perfect their moves? How many times did they bail and land head-first while trying to get some free flow, that first sponsorship, or even get noticed for the X-games? How many times did they slam? And, how many times is too many? Could this risk and the potential for head-trauma contribute to long-term cognitive and physiological deficits in action sport athletes? 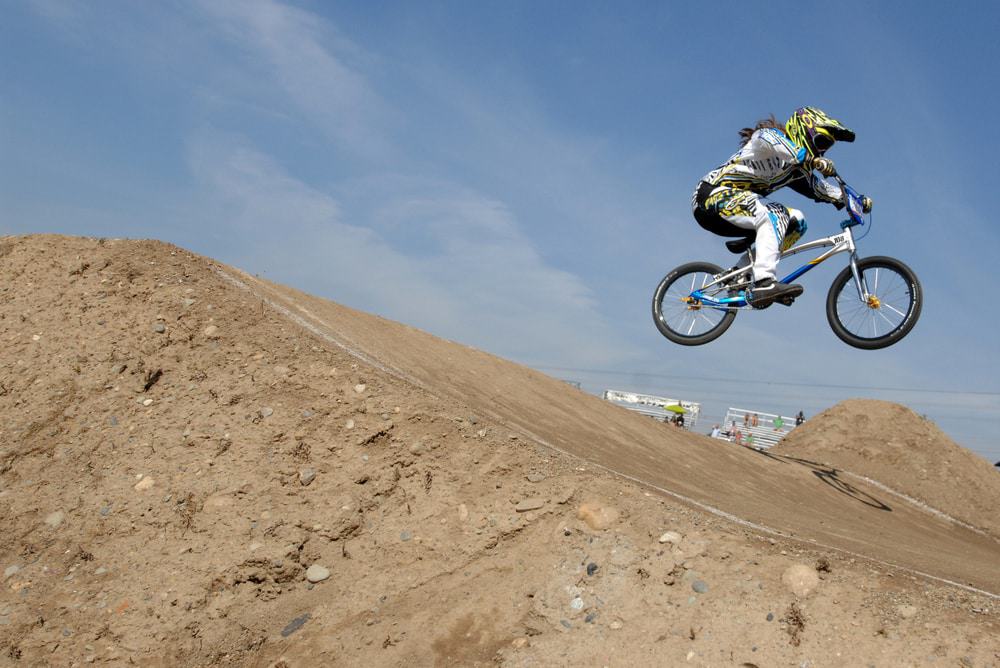 It is entirely possible that Dave Mirra was depressed and having suicidal thoughts; but we may never know for sure. It is also possible that he had CTE, however no one will know for sure unless his brain is examined. If it is eventually discovered that Dave Mirra was suffering from CTE, will we all of a sudden change the way we look at action sports? Will fans continue to admire the great feats that are accomplished; the flirting with danger and the vicarious thrills associated with it? Or will fans begin to question whether these athletes should also be cautious or at least consider the potential for harm? Will it change the way parents view the risk involved when their children pick up their skateboard, bike, or snowboard? It’s hard to say. But, if we look out at what other sports are doing – sports like soccer, rugby, lacrosse, and hockey, sports that involve repeated head contact – we may find our answer – not much! Nothing really seems to be changing. Yes, football is beginning to take a proactive approach, with harsher in-game penalties and fines, but this is most likely due to the recent exposure from Concussion and other media outlets. Why is our attention only on football, while other sports contain similar risks?

Yes, sport involves risk – everyone who plays and participates knows this. But perhaps we should consider thinking about managing those risks a bit more. Maybe we should start a dialogue within other sports besides just football and consider the type of long-term damage that may be occurring within our athletes. I know from my own experience and research in action sports, that action sport athletes do attempt to manage risk – in fact they are almost always trying to do so; it’s one of the things that allow them to achieve as much as they do. But this risk management rarely concerns how their actions may result in head trauma. Perhaps with this recent event concerning one of their own, they will begin to reevaluate the decisions they make, or at least think about managing the risks a bit more. Perhaps parents of athletes outside of football will continue the movement towards educating athletes about the potential long-term consequences of their sport. Perhaps the next time we see our favorite action sports athlete take a hard slam on the half-pipe, bail on a 12-stair handrail, or crash hard into the packed snow or dirt, we will think to ourselves, not only about how awesome and exciting it looks, but perhaps consider the athlete’s well-being as well.

The Psychology of X-Games Athletes: Controlling the “Uncontrollable”

Does OJ Simpson Have CTE and Does It Even Matter?