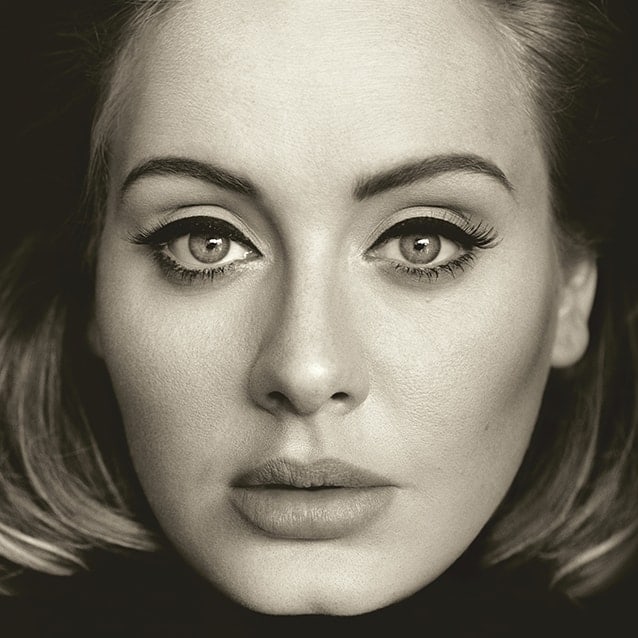 Adele’s ‘25’ is strikingly sincere, soulful, and uncomplicated.  It’s a modest but welcome step forward in her already phenomenal career. 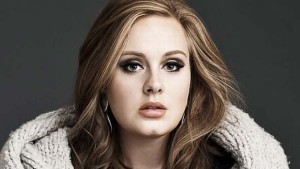 Adele’s newest album, titled ‘25,’ follows her pattern of naming each album after the age which the songs center around.  That is not the only resemblance ‘25’ has to her previous albums ‘19’ and ‘21.’  Adele gives her fans exactly that they want and expect – powerful vocals, emotionally deep ballads, and a musical landscape of nostalgic pop and soul music.  She doesn’t radically reinvent the wheel, but credit her that the album as a whole is very strong.  Just because she covered this terrain before doesn’t mean that Adele is phoning it in on ‘25.’  Who else has delivered a simple, straightforward pop album as powerful as ‘21’ this decade?  Hopefully she and her fans aren’t expecting 25 to sell over 30 million copies around the world or win seven Grammys like her previous album.  Her last album was a cultural phenomenon that cannot be expected every time Adele drops an album.  Having said that, ‘25’ could possibly meet or exceed those lofty expectations.

The opening track essentially sets the tone for the entire album.  “Hello” is sweeping and serene at the same time.  It’s the sound of an artist who has been off the radar for years and wishes to reconnect.  It’s not as grandiose of an opener as “Rolling in the Deep”, but nothing on this album really captures the heights of that song or her biggest song to date “Someone Like You.”

Some reviewers are criticizing Adele for taking zero risks with this album.  I don’t get the criticism.  Sure, if each album continues to sound like her predecessors she will risk watering down her unique sound.  Changing your tune and shuffling your musical direction isn’t just about taking risks.  It’s also about preserving the impact that a song like “Someone Like You” possesses.  If all her songs attempt to capture that emotional peak, it can dull the original experience.

But the echoes of ‘21’ aren’t front and center on this album.  Rather, ‘25’ sounds familiar in a comforting manner.  The album also provides growth and maturity through subtle textures and sounds.  The growth and change doesn’t draw attention to itself in the way that her more sweeping moments did on ‘21.’  You may have to listen to this album over and over to pick up on some of the less showy choices that she has made. 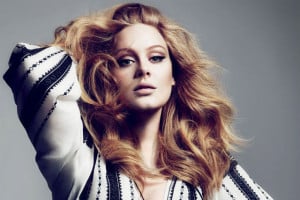 “Send My Love (To Your New Lover)” is fun and provides a pop sassiness that could easily top the charts with a sound that isn’t often associated with Adele.  “I Miss You” is one of the more unique-sounding tracks off the album.  More R&B than soul, it’s about as close as you’ll get to Adele stretching herself out of her wheelhouse.  Elsewhere, most of her songs provide enough pleasures to offset the reality that the high points don’t reach the heights of ‘21.’  But a lot of that is due to expectations.  Adele’s sophomore album caught most people off-guard.  They simply didn’t expect her to deliver such a great album.  Here, the expectations are high.  Critics and fans alike now know Adele is capable of melodic, pop perfection.

Take “When We Were Young,” a song co-written by Tobias Jesso Jr.  It harkens back to 70s Los Angeles and the Laurel Canyon sound of those 70s singer-songwriters.  In the hands of Tobias Jesso Jr. and Adele, her voice lifts above a tune that would make Carol King and Harry Nilsson proud.  It’s nothing special, but it is effective and memorable.

Then there is “Million Years Ago,” a weirdly affecting song.  Listening it it, I hear shades of Ennio Morricone, Andrew Lloyd Webber, and Michael Ledner.  It’s the sound of a serene singer that demonstrates restraint over bombastic belting.

The album ends on a happy note, with “Sweetest Devotion” focusing on her experiences as mother to her 3-year-old son, Angelo.  His voice can be faintly heard on the track.  The exuberant joy and fulfillment she exudes in this little country-soul song is Tupelo Honey-era Van Morrison.  It’s one of the more important songs on the album, because it points to new territory for her.  There are more than just heartbreak songs for Adele to sing.  I look forward to Adele continuing to write deeply personal songs about her life.