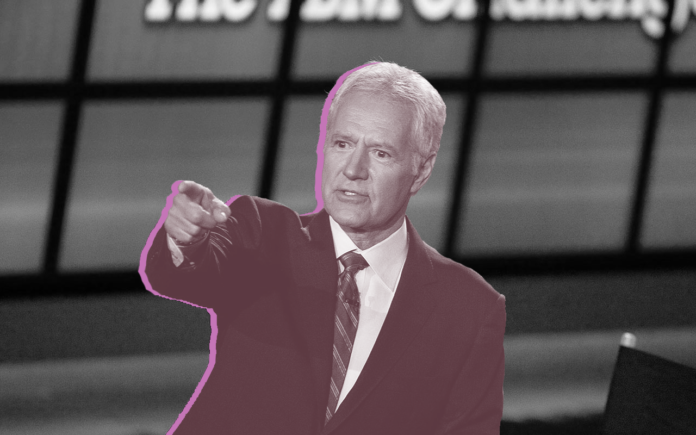 Alex Trebek, the longtime host of Jeopardy! has been a pop culture staple since the show’s revival in 1984.

Apart from being a beloved icon of public television, he’s made waves this year for how he’s eloquently handled his diagnosis of Stage 4 pancreatic cancer in the public eye.

In today’s episode of the Shrink Tank Podcast, our panel of Shrinks discuss Alex Trebek dealing with cancer in the public eye, handling tough situations with grace and dignity, choosing to live despite dying, and positivity.

Listen to ‘Jeopardy Host Alex Trebek Is Teaching Us an Important Lesson Through His Battle with Cancer’ here, or anywhere you listen to podcasts.

For those of you that are not familiar with Erik Erikson’s theory of psychosocial development, there are eight stages across the lifespan that help to define an individual’s personality.

Since we’ll be discussing how Alex’s Trebek has handled his cancer diagnosis in the public eye, we wanted to touch on Erikson’s eighth and final stage— Integrity vs. Despair.

At each stage of psychosocial development, people are faced with a crisis that acts as a turning point in development. Successfully resolving the crisis leads to developing a psychological virtue that contributes to overall psychological well-being.

The integrity versus despair stage begins as the aging adult tackles the problem of his or her mortality. This stage is often triggered by life events such as retirement, losing a spouse, losing friends or acquaintances, facing a terminal illness, or other major life changes.

This stage’s key conflict centers on questioning whether or not the individual has led a meaningful, satisfying life.