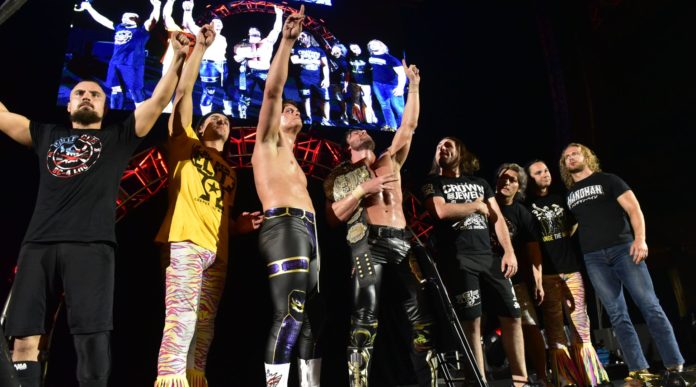 Something’s cooking in the world of professional wrestling.

This time it has nothing to do with The Rock (or Roman Reigns, or Brock Lesnar), and this is clicking with lifelong World Wrestling Entertainment (WWE) fans in a big way.  I’m talking about Cody Rhodes, Kenny Omega, and their brand spanking new wrestling promotion – All Elite Wrestling (AEW), which promises to be a serious alternative to a brand that many fans have agreed has gone a bit stale over the years.

When you speak with true wrestling fans, something about AEW seems different, perhaps capable of presenting a true threat to the supremacy of the WWE.

Before we dive into the psychology of what exactly it is about AEW that has the potential to lure fans away from the WWE juggernaut, allow me to present a brief history of the WWE and its competition for those of you who haven’t had the benefit of being romantically involved with a pro wrestling fan for the past 10 years.

The WWE was initially founded in 1952 as the Capitol Wrestling Corporation by Jess McMahon and Toots (no I’m not kidding) Mondt.  In 1953, they began to expand and joined the National Wrestling Alliance.

Following the Elder McMahon’s death in 1953, his son Vince was brought into the fold; fast forward to some infighting in the 1960s, and Vince left with Mondt to form what would eventually become the WWE.

Prior to the establishment of this corporate titan, the world of professional wrestling had been populated by smaller, regional promotions, scattered throughout the country (many of which still exist). The only major challenge to the WWE’s supremacy came in the form of World Championship Wrestling (WCW).

By the late 90s, early aughts, WWE had acquired both WCW and Extreme Championship Wrestling (ECW), effectively squashing any remaining challengers to its sports entertainment empire. When you speak with true wrestling fans, something about AEW seems different, perhaps capable of presenting a true threat to the supremacy of the WWE.

The question is, why? 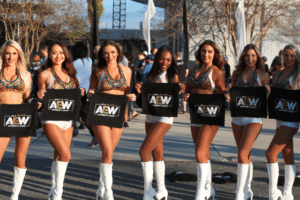 The Attitude Era is all grown up.

From 1993 through 2002 – the war with WCW drove both companies to move from kid-friendly fare to down and dirty plotlines and content.  In 1993, I was 14 years old, and it’s likely that the WWE and WCW attracted a group of much younger fans, but parents didn’t monitor screen time and content in the 80s and 90s in the ways that they do now; while the content matured, the audience did not, and they loved it.

Now the fans who followed the program faithfully are adults in their 30s and 40s. They’re bored by the family-friendly-fying that’s taken over the WWE and are ready for something not just more age appropriate in AEW, but something that actually resembles the wrestling that they grew up with.

We’re living in a time of unprecedented economic and political anxiety, it’s no wonder some of the biggest hits on film and in television are remakes of our childhood fare. It’s comforting to switch on the screen and see something that resembles the wrestling that we all grew up with. 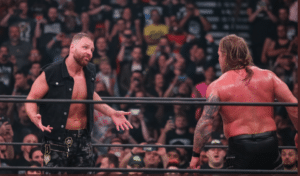 It Resembles the WWE

It resembles it, with certain important changes that appeal to the psychological zeitgeist of my generation.  (Just to clarify – I have no idea what generation I belong to – having been born in 1979 I could be Gen-X, a Millennial, a Xennial, or a member of The Oregon Trail Generation).  Either way, folks born at or around the same time I was are expecting more than any previous generation when it comes to the social responsibility of the companies we choose to patronize.

While AEW’s statements are somewhat vague on the matters at hand, they are proposing providing healthcare, covering injuries sustained in the ring, some sort of scheme to care for aging wrestlers, and a less grueling schedule for its performers.

To quote Kenny Herzog writing for The Bleacher Report, “fewer house shows at your local county center and less likelihood that all of your favorite fighters will be on every card, in exchange for the comfort of knowing that your ticket purchase isn’t hastening their untimely death.”

There was something about the way these wrestlers looked that made me, and I’m guessing a lot of other fans, able to see themselves. 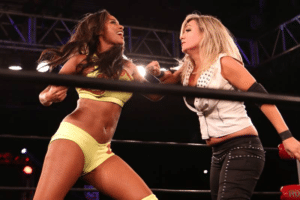 It Resembles Its Audience

AEW also, to an important extent, resembles its audience.

Perhaps for the first time in wrestling history, fans were able to look into the ring and see wrestlers who truly represented them.  During their inaugural Pay-Per-View, Double or Nothing, I saw wrestlers with visible disabilities, of many races, genders, and sizes.

It was a far stretch from the demi-gods and goddesses inhabiting the WWE world. There was something about the way these wrestlers looked that made me, and I’m guessing a lot of other fans, able to see themselves.

Most people do love aspirational TV – seeing a John Cena, or a Nikki Bella with their impossible features; however, fan reaction to stars like CM Punk, Jon Moxley AKA Dean Ambrose, and Awesome Kong prove that we don’t merely wish to worship from afar but to put ourselves into the action. 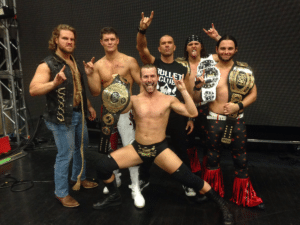 It Brings Back Relationships

Whether face or heel, we have an inherent need to form relationships with the folks we see in the ring week after week, year after year.

Fans need to either want to sit down and have a beer with their favorite stars or happily allow them to smash a folding chair over their heads.

Over the past several years, the WWE has lost the plot in terms of cultivating relationships. I neither want to imbibe with nor allow Brock Lesnar to hit me with furniture, and I’d venture to guess that many wrestling fans feel similarly.

The infusion of exciting and relatable talent including Chris Jericho, Jungle Boy, and loads of folks with whom the fans are unfamiliar, means that AEW has a significant chance to help fans form those relationships which are sorely lacking within the WWE’s current lineup.

This new promotion might just be enough to move me along from filthy casual to bonafide fan.  Since Forbes reported that Double or Nothing outperformed WWE’s Money in the Bank, I may venture to guess that I’m not the only one.  I guess I’ll see you all at Fyter Fest! 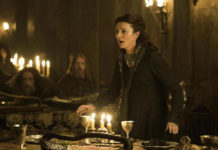 What Post-Apocalyptic Fiction Teaches Us About Anxiety