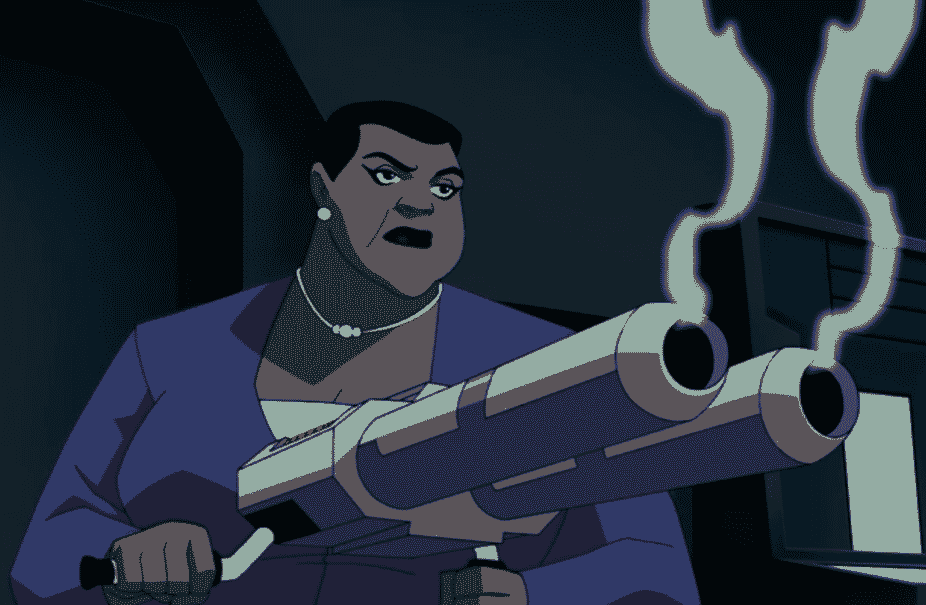 This summer mass audiences were introduced to Amanda Waller via Warner Brother’s Suicide Squad movie.  Although the character has had several previous live-action incarnations (Smallville, the Green Lantern Movie, Arrow), Suicide Squad is arguably the biggest and most successful stage the character has been cast in, despite the film’s cold critical reception.  The movie has pulled in approximately $298 million domestically, and $376 million worldwide for an approximate total box office gross of $674 million during its run.  With these kinds of numbers, Suicide Squad was definitely one of the summer’s biggest hits, in which Amanda Waller (portrayed by Viola Davis) played a significant role.

Amanda Waller, or “the Wall” as she has been nicknamed, is not a relatively well-known character for mass audiences or casual comic book fans.  She was created in 1986 by John Ostrander, and made her initial appearance in the first issue of the DC Comics title “Legends.”  Amanda Waller’s ruthless style of leadership has become almost cliché for most characters in her position.  She is the typical no-nonsense, intimidating, and detached head of a government branch that often serves as an antagonist to the protagonists of the story.  What is interesting about Amanda Waller, however, is that the role she plays is usually reserved for older, White male characters.  Rather than continuing with the stereotypical role, Ostrander chose to create Black female lead, who does not conform to the stereotypical body type of comic book characters, into a position of power.  Waller does not possess superpowers, but instead uses her intelligence, ruthlessness, and cunning to push her agenda or achieve her goals, which she believes serve a greater good.  She does not adhere to any moral guidebook, as depicted in the film, and does not hesitate to put others’ lives in danger in order to achieve her idea of the greater good. 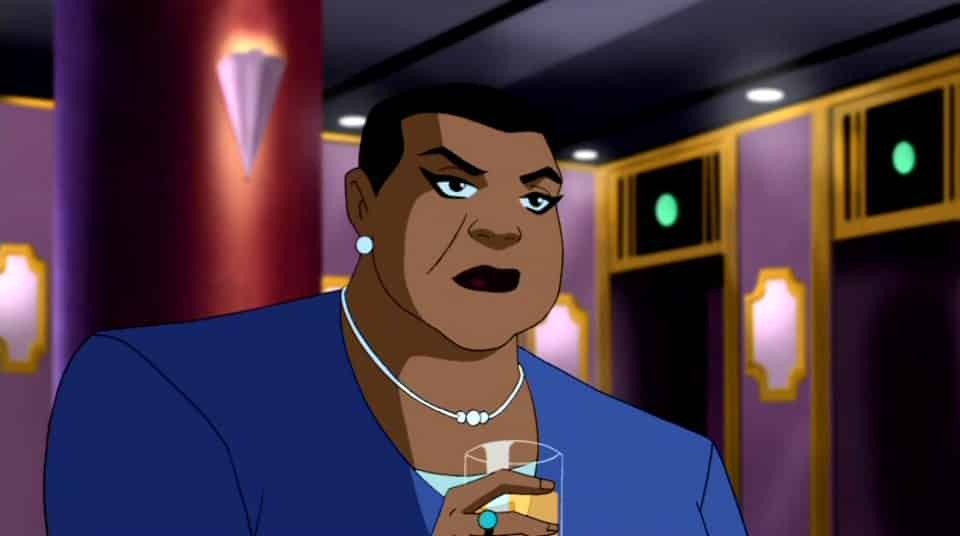 Amanda Waller is a distinct character that gives a fairly fresh perspective on the old, archetypical, government agent antagonist.  We see these archetypes play out over, and over again in comics and their film adaptations.  These characters generally do not trust superheroes and seek to control them, or to take them down altogether.  This is exemplified in the Marvel films by the Hulk’s General Ross, and in the DC television universe by Quentin Lance, who goes back and forth between antagonist and ally of the Green Arrow, much like Waller’s relationship with superheroes in the comics.  Waller’s recent feature in the Suicide Squad film gives us a fresh look, and a unique case study, of this type of archetype’s leadership style.

The version of Amanda Waller played in Suicide Squad demonstrates these four components early on, and throughout, the film.  When meeting with what we can assume are high ranking government officials, to make her request to form Task Force X (the Suicide Squad), it is clear she controls and manipulates the process so that the outcome is favorable to her end.  She determines who is to be included in Task Force X, and how the team is to operate.  Waller creates a paramilitary unit that is essentially under her sole command.  Although she delegates leadership duties on the ground to Captain Rick Flagg, all of his actions are effectively dictated by Waller.   Flagg does not follow Waller’s orders out of a sense of duty, but rather because Waller lords her power over his beloved Dr. Moon (the Enchantress’ alter ego).

McGregor identified two opposing theories under which leaders generally operate; Theory X and Theory Y.  For the purposes of this article, we will focus on Theory X which states that leaders that hold assumptions related to Theory X generally view employees as disliking their work, lazy and unambitious, and avoidant of responsibility.  Furthermore, employees are driven by money, prefer close supervision, and must be coerced or bribed to achieve the organization’s goals.

Waller epitomizes McGregor’s Theory X in that she feels that all who serve under her need to be coerced into following her commands.  Rather than attempt to build relationships with her subordinates, or lead by example, Waller coerces, manipulates, and intimidates others to achieve her ends.

Implicit followership theories are defined as individuals’ personal assumptions about the traits and behaviors that characterize followers that reflect beliefs about follower behavior.  These theories are important because the internalization of certain beliefs about followers may shape how leaders later judge and respond to followers. Implicit followership theory can have both positive and negative assumptions of followers.  The positive being associated with behaviors such as enthusiasm, intelligence, and productivity.  While the negative assumptions are associated with negative characteristics such as incompetence, conformity and insubordination.  Negative beliefs about workers may lead to destructive leadership behaviors such as verbal abuse, humiliation and noncontingent punishment. 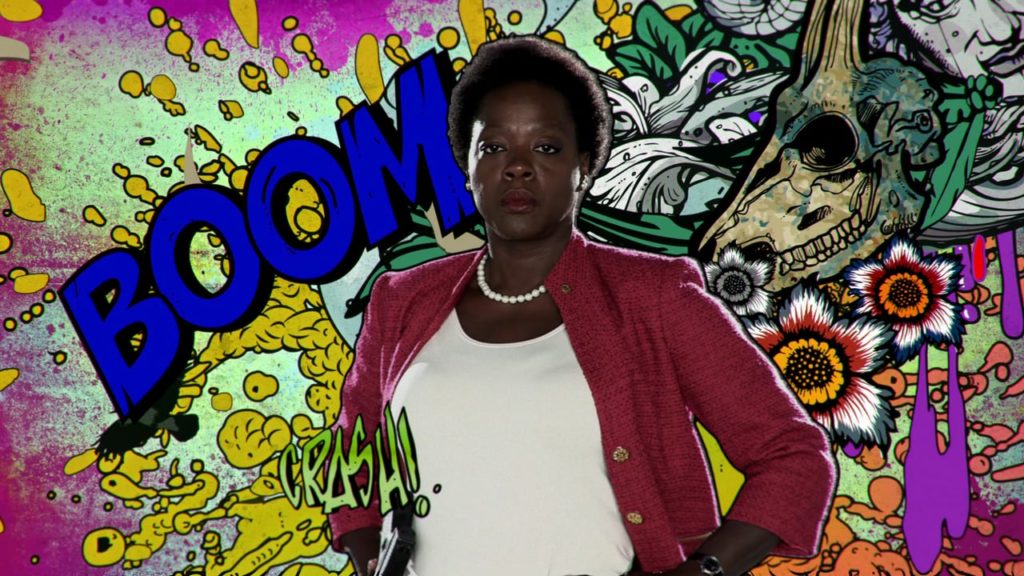 Negative implicit followership theory is very close to McGregor’s Theory X in that leaders hold negative assumptions of subordinates.  However, these negative views vary slightly and their consequences vary as well.  While a leader operating only under McGregor’s Theory X might manipulate and coerce his or her subordinates, a leader operating under Theory X assumptions and negative assumptions related to a negative implicit followership theory may also be punitive and abusive.  Again, we see Waller displaying these types of assumptions and their related behaviors numerous times over the course of the film.  The most extreme example is the part in the film when she is rescued from her location by the Suicide Squad and proceeds to kill all the staff members that were in the room with her because their security clearance level was too low for the amount of information they had been exposed to due to Waller’s own fault.

Some may argue that when individuals are in positions of leadership in the military, they must show strength and lead with an iron fist.  After all, we have all seen military movies in which the archetypical drill sergeant shapes and molds his recruits through rigorous training and barrages of insults.  The reality is that research has shown that individuals in the armed forces respond better to, and work harder for, transformational leaders that inspire rather than intimidate.  If we examine just how effective Waller’s leadership was in the film, and throughout her career in the comics and other adaptations, we find that her leadership style often adds to the problems in the story instead of leading to solutions.  The heroes often tend to save the day in spite of her leadership decision, rather than because of her leadership.  This is a great lesson for leaders everywhere, leading through manipulation, coercion and fear will often lead to more problems rather than solutions.