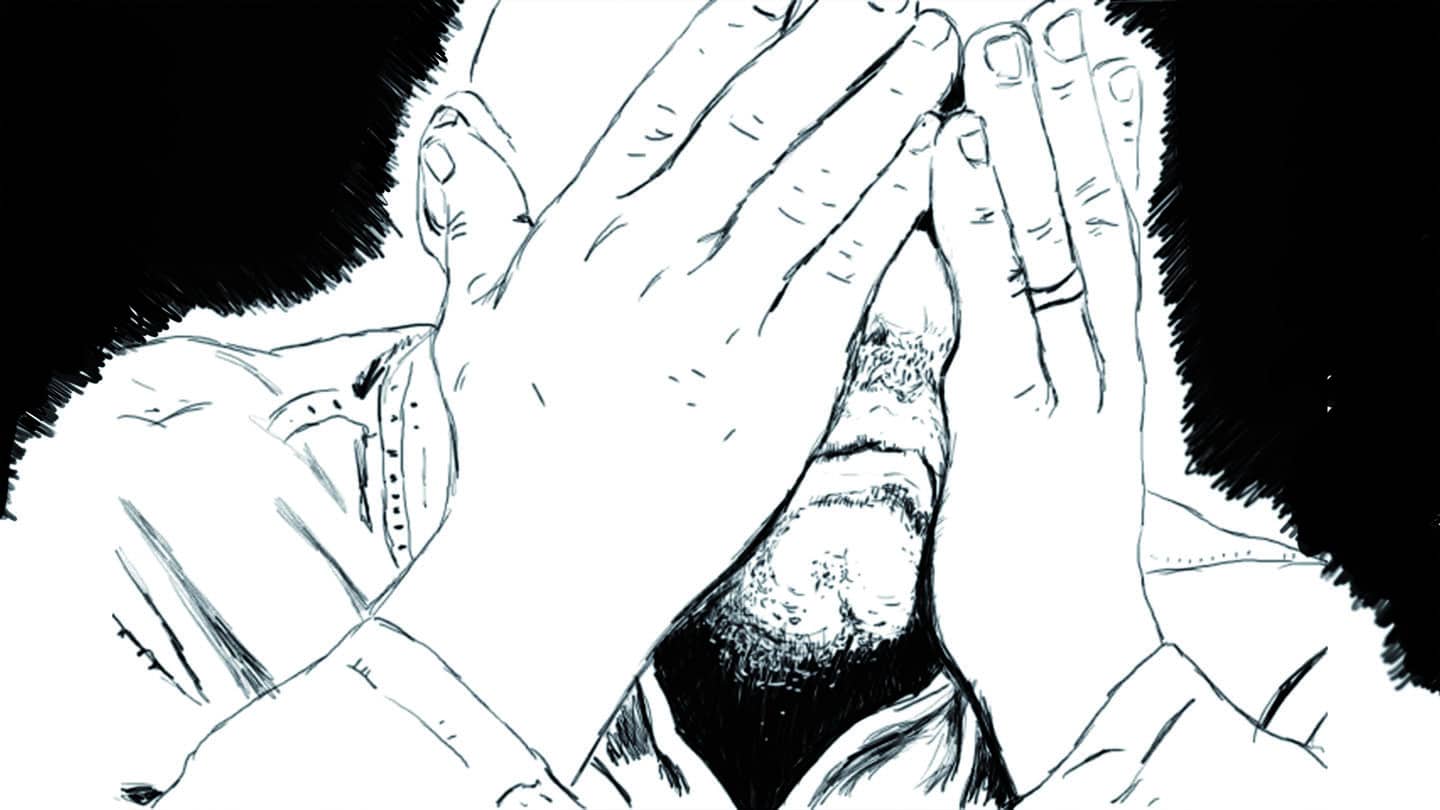 An older man is brought to tears when describing a torturous decision he made decades earlier. It’s a choice that still affects him deeply to this day. The man’s name is Bill and he’s talking about his brother, Manny. As he speaks, the images he describes and the scenes he recounts come to life on the screen. For thirty-two minutes, we are engrossed in this American tragedy, a somber and personal meditation on mental illness, the justice system, and family loyalties.

The film is Last Day of Freedom and it’s nominated for an Academy Award for Best Documentary Short. I spoke with one of the films directors, Nomi Talisman, about this powerful story. As part of her day job doing media work for a small non-profit in San Francisco, she met “people in incredibly tragic positions.” Nomi and her partner, Dee Hibbert-Jones, are committed to “using art for social justice and social discussion,” so they sought out stories that would spur discussion and stir others to action. The director of the agency led them directly to Bill, the man who tells his story for the film.

“He’s just an amazing person,” Nomi said of Bill. “He’s fascinating and very authentic.” They called Bill directly and told him they desired to tell his story as an animated documentary. “He really trusted us,” Nomi said. “He was ready to give that testimony. He speaks in an honest and open way.”

In the film he speaks with striking clarity and remarkably visual language. On the day of the recording, “he was very present,” Nomi said. His story is complicated and heartbreaking and gripping:

Manny had a childhood car accident from which he never fully recovered. Later, as a Vietnam veteran, he returned from his combat service with Post-Traumatic Stress Disorder. At one point, he was even wrongly diagnosed with Paranoid Schizophrenia – as at the time, PTSD was not used as a psychiatric term, nor was included in the DSM. His severe mental illness had led him to a chaotic life of homelessness and instability. Out of concern, Manny’s older brother, Bill, invited him to live with them in Sacramento. One day, Bill is shocked to find evidence pointing to the very real possibility that Manny had committed a horrific murder. Bill has to make the choice to cover for his brother or ‘to do the right thing’, as he says, and turn him in. That choice affected his entire family for decades. 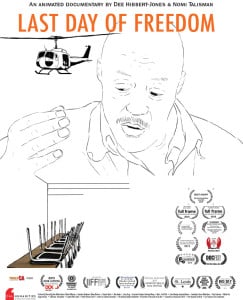 There were so many factors that led to Manny’s demise: being raised in an underprivileged environment, a family history of mental illness, combat trauma, a lack of mental health care, the early brain injury. Despite all these things, he apparently never got the help he needed, even when he was young. “He should have gotten help after his accident when he was a child,” Nomi said.

One possibility is that his PTSD triggered a psychotic break that led to the tragic results of that night. Whether or not this is true, it is apparent his horrible actions that night were the culmination of many factors that conspired to produce a tragic outcome. It’s also apparent he never received the help that he clearly needed, helped that may have changed the outcome for Manny and Bill, as well as for the victim and her family. “All these systems failed Manny again and again and again,” Nomi said.

The animation took over two years to complete, but Bill’s recounting of the story was recorded in one day. “It was pretty much one interview,” Nomi said. “He sat and told the story in one sitting.” After that, they took a break and he returned to fill in some additional details. They took a final break and he returned to provide more information. They could tell they had their story.

As artists, Nomi and Dee had decided the film was going to be animated even before they met Bill. “His testimony is so strong, it almost lends itself to being an art piece, but we were committed to it being a documentary,” she explained.

One of the effects of the animation is that it makes it easier to watch and get absorbed in the story. As Bill tells the heartbreaking account of Manny’s decline, sometimes with tears, the animation creates just enough distance to allow the viewer to sit in on this intimate moment without looking away. “It was almost too much to look at him directly without the animation,” Nomi said.

This was the first film for Nomi and Dee, but their scrupulous work of bringing Manny and Bill’s story to the screen began to attract attention. They won several awards, including the Jury Award of the Full Frame Documentary Film Festival, which qualified them for Oscar consideration. They also won a major award from the prestigious International Documentary Association. “When we won Best Short at IDA, we thought, ‘This is really a valid film,’” Nomi said.

Despite the praise, most people, including Academy voters, were unaware of the film.   “Because this was our first film, people might not know we even existed. We had this amazing push to make it onto the (Academy Award) short list. Once we were on the short list, we really wanted to be nominated,” she said.

On the day of the nomination, she and Dee turned on the television early that morning. The local station said they would be right back with the Oscar nomination announcements after a commercial break, but immediately after the commercials, the station cut to a traffic report and never went back to the nomination announcements. Moments later, they got a text from a friend, then Nomi’s sister called from Jerusalem. Their phones began blowing up. They realized they had missed hearing their names called. They shook their heads at the anticlimactic moment. “Dee said, ‘I’m going to go clean up because it looks like we are going to have a party later,’” Nomi remembered with a laugh. Still, getting the nomination was “pretty unreal.”

More importantly, the Oscar nomination gives them an even greater platform to let others know about this story and the issues it raises. “We care about all those issues. This is an opportunity to give these issues and Bill’s story a platform to let it be recognized. We want to make sure Bill’s story is being heard.”

Nomi said the story of Bill and Manny exposes so many questions. She rattled off many of them: “Who are we as a society that we have allowed (mental illness issues) to be part of our legal system? Is the death penalty really just? Is it really fair?”

“We still have all these issues and it’s time to address them,” she said.

Bill now does advocacy work in Uganda and stays out of the public eye. According to Nomi, some of his family members are mad at Bill for telling this story. Some accuse him of doing it for the personal publicity, a claim Nomi strong disputes. He declined to do press for the film, “probably because he perceives that family members are upset about it,” Nomi said. Telling this deeply personal story has cost him in many ways. “He lost a lot of his family because of this,” she said. 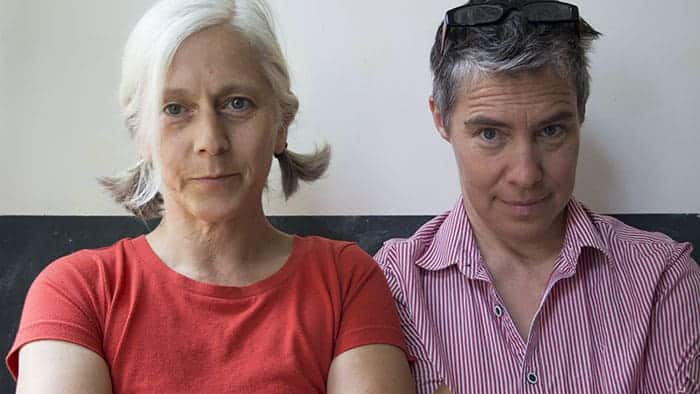 Ultimately, Bill was pleased with the film and way the story was handled. It was an important story that needed to be told. Having it as part of the public conversation allows all of us to wrestle with the issues it raises that are still not resolved. “This story is never going to go away for him,” Nomi said.

In a year when the big story is #OscarsSoWhite controversy and the outcry over the absence of nominations for people of color, here is a story of a real African-American family that raises powerful questions of justice and how we care for people with severe mental illness. It’s a story that happened over two decades ago, yet is just as resonate today.

You can watch Last Day of Freedom right now on Netflix. It’s well-worth your time. 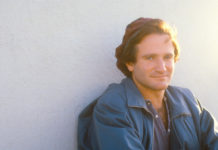