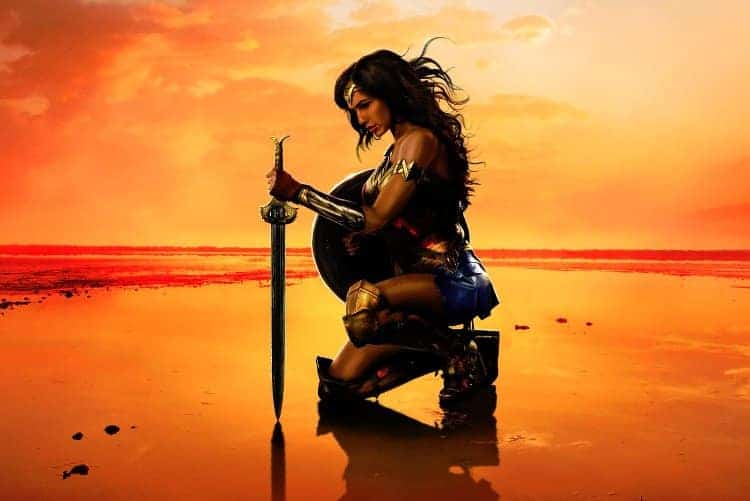 I love superhero movies.  Ever since Iron Man upped-the-anti of modern superhero films, I have been loving them; however, the lack of a leading female superhero has left me feeling frustrated with the cinematic comic-book world.  There are plenty of strong female superheroes in both the DC and Marvel comics, yet both have been missing from the big screen[1].  This week, that all changes with the premiere of Wonder Woman.

Based on the trailers, this film look amazing!  I have gotten chills watching them.  When I saw the first trailer, I thought of my girls — how glad I was that they would grow up in a world with a superhero film centered around a strong, non-sexualized, independent female hero.  Yet I have one very big worry for this film; it’s a modern DC film.  Since the Christian Bale Batman trilogy ended in 2012, DC has not done very well on the big screen, to say the least.

The DC films have not pulled me in the same way as the Marvel films have.  I enjoyed Suicide Squad, yet it seemed plastic and hollow.  I’ll be honest and say I haven’t even seen Batman vs. Superman.  Per report from my die-hard DC friends, it was incredibly disappointing and hardly worth the watch.  With DC beating Marvel to the punch for a leading female, quite frankly, I am nervous.  I don’t want this film to be bad.  This film has the potential to be the best!  I want this for my girls.

This is so important. #WonderWoman pic.twitter.com/c0EjRQB6R9

I worry that if Wonder Woman is bad, filmmakers may decide that audiences do not want to see leading women in superherofilms.  Women, then, will be back to being overly sexualized and mostly incompetent side characters.  I worry, too, that with Wonder Woman having a female director, box-office failure will close the door of opportunity to other aspiring female directors.  This almost feels like a glass cliff scenario for director Patty Jenkins.  For those not familiar with the term “a glass cliff”, it is used to describe when a woman is put in charge of a project, company franchise etc. where the chance for failing is at its highest.  I am worried, and desperately want this film to be good. As it is now too late for last minute changes to the film, I will simply hide behind my bracelets of submission hoping for the best.  #DontBeBad

Why Everyone Should be Reading Comic Books