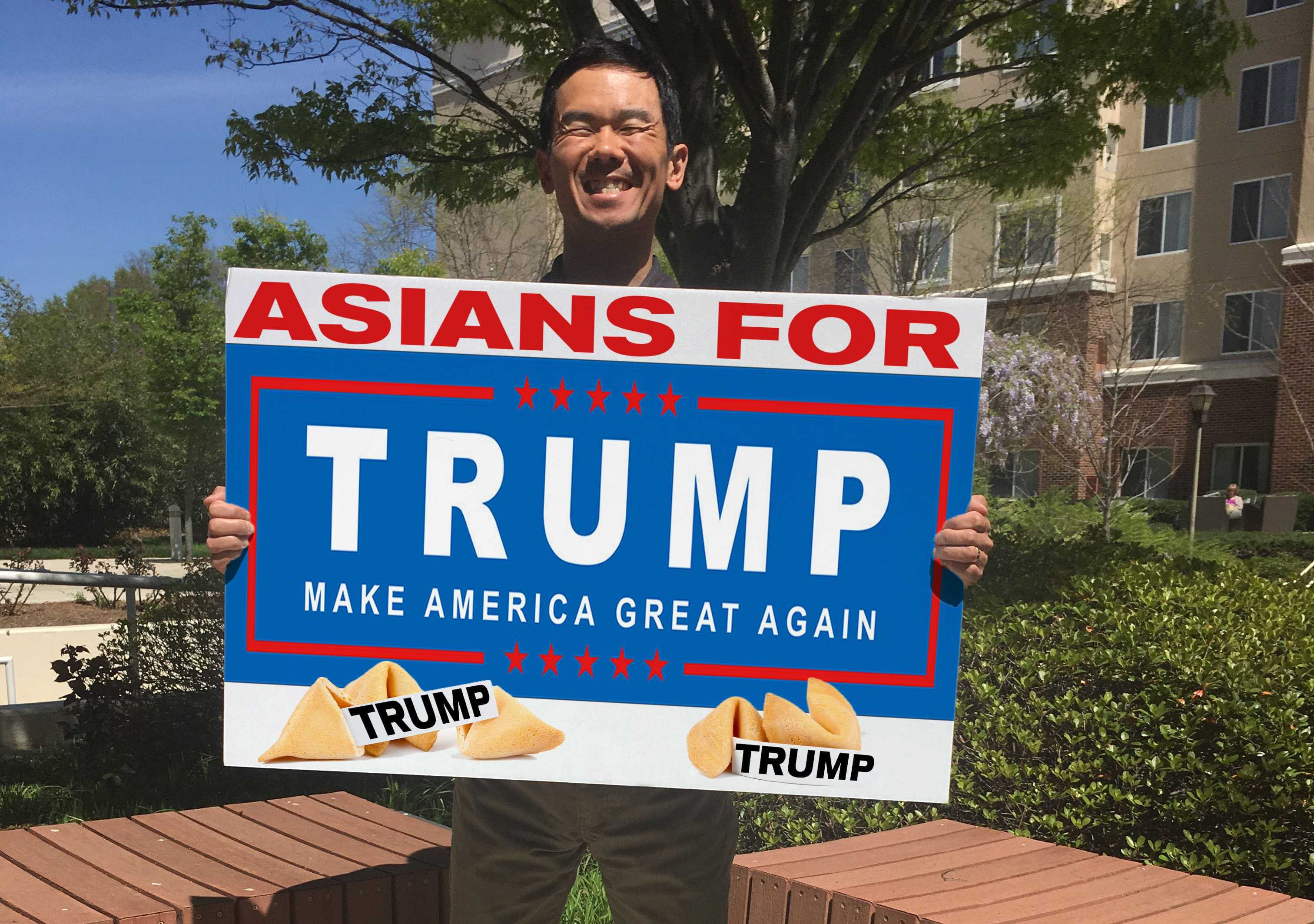 Donald Trump is the answer to what ails America.  Mr. Trump can rebuild America and make it great again.  He wants to build a wall.  Well, Donald, we Asians know about building a giant, sprawling wall; give us a call.  We already built the railroads for this land.

Don’t listen to all those naysayers Donald, those haters of America who claim that it’s impossible to build a wall between America and Mexico.  Because if it’s one thing that has been proven in recent times, anything that the American people say they can do, or can’t do, or don’t want to do – Asians can do, and do better, and do for cheaper labor (thank you Apple!)  Building a wall always work.  Just watch Attack on Titan, or World War Z, or Pacific Rim.  Constructing “The Great Wall of Trump” will be a great investment of time and resources that will be indestructible for all-time.

I like what Trump has to say about domestic policy.  It reminds me of the countless fortunes I’ve read from fortune cookies.  They are essentially the same – they’re both vague and offer hope or promises that never come true.  And fortune cookies also provide lottery numbers to strike it rich.  And like winning the lottery, Donald Trump became rich by being lucky and without much effort or intelligence.

Trump as president will benefit the economy. He helps the middle class.  He has created thousand of jobs, I’m assuming, by paying people to cheer for him at his rallies.  And all of that money is going to white people cheering him on, so you can’t accuse minorities of taking those jobs away from red-blooded, white Americans.  A lot of Asian accountants and lawyers have benefited from Donald Trump.  It benefits us Asians when he makes and invests money.  And he helps us when he has to declare bankruptcy and needs different types of accountants and lawyers.  Certainly his marital history has boosted the economy for divorce lawyers and mediators.

Despite his early setbacks, Donald Trump stands up for traditional marriage that support traditional values.  And I mean many values, since he’s been married several times.  And by traditional, I mean the timeless tradition of a rich wealthy man marrying a younger model.

It’s the year of the Monkey on the Chinese Zodiac.  It might be a little offensive, but I think Trump and monkey can be synonymous (sorry to offend all those innocent monkeys).  Asians also have a rich history of following (or being oppressed by) dictators.  Trump could join the ranks alongside other infamous (and notorious) world leaders such as Mao Zedong, Hideki Tojo, Pol Pot, Ho Chi Minh, Chiang Kai-shek, Koki Hirota, Kim Jong-Il (bonus points for Trump having a hairstyle worthy of the worst dictators of all-time).

In case you’re wondering why this article doesn’t explore the psychology of “Asians For Trump” – it’s because The Donald probably believes psychology is a myth … like global warming.

America is heading in the wrong direction.  So I beg you to take the advice that Trump gives to all Asians and “Open your eyes and vote for Trump!”