If you’re like me and worried that you missed a week of the Bachelorette, have no fear.  Last night the Bachelorette returned after a whole week off, and Rachel continues to impress us.  This week was full of pot-stirring and desperate attention attempts by the men.  Here is your recap:

The testosterone alert award goes to Josiah on the group date.  Josiah could hardly wait to rip off his shirt and ripple his pecs for Rachel, and then attempt to impress her with feats of strength like pushups.  It would seem difficult for someone to stand out on this group date on the boat, as all of the guys were throwing themselves in the ring trying to impress Rachel with their dancing, rapping, and abs.  But Josiah just took it to an eyebrow-raising level with his toddler-like “Look at me mom, I’m strong!” antics.  He wins this award and loses the battle for love and respect.

Tonight’s episode was not filled with many light-hearted, fun moments.  It was overall a heavy, tense, drama-filled night which was a little hard to get through.  One thing that had us LOLing was Alex’s outfits.  He is straight out of the movie The Wedding Singer.  The highlight of his ensembles was a purple and black zebra-striped suit.  Hilarious.  Another funny moment of the night was all of the men’s reactions to finding out they had to participate in a spelling bee.  As one man said, “I was not expecting that.” Pure comedy to see the men panic because Rachel was interested in their smarts, not just their bodies.  (And props to Rachel for throwing this curveball).

In the beginning of the show, Iggy seemed like a steady, rational, nice guy.  In last night’s episode, we were blindsided by Iggy.  He obviously gets annoyed with people very easily, and once annoyed he can’t seem to contain his emotions.  Iggy has now become a gossip, a pot-stirrer, and we didn’t see that coming.

Dean gets the fashion award for the week for his fantastic printed shirt under his suit. It was a risk well taken.  We also have to give a farewell shout-out to Diggy.  We will miss our quirky trendsetter of the season. 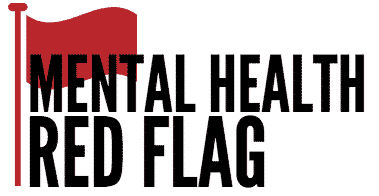 It should be no surprise that Lee wins this award for the night.  Lee is beginning to act a bit like a sociopath.  Every season features a guy who appears to be placed on the show to stir up drama and controversy.  While Lee may just be acting, he is playing his role of sociopath very well.  His delight in upsetting people is sickening. After his pot-stirring, he then skips off to tell Rachel a sappy (and clearly fake) story about his grandfather carving wood, blah blah blah.  We’re not buying anything that comes out of his mouth, nor do we feel charmed by him.

Dean wins another award for the night.  Even though Dean is the youngest of the bunch, he is clearly one of the best.  The one-on-one date was fun to watch.  We have a sneaking suspicion Rachel will want to hang on to him, and if not, he could be the next Bachelor.  It would be hard not to fall for someone so sweet and with those eyes.

It is no secret we here at Shrink Tank are HUGE fans of Rachel.  We think she is smart, genuine, and beautiful.  We love how she is handling the men and their drama.  Tonight I would have given her a 5 (WOW score), but then I realized she has kept the Tickle Monster and the guy who carries his lifelike doll everywhere.  We are clearly going to have to knock her down for these decisions.  So Rachel earns a 4-Drop the mic- for tonight’s episode.  We’re crossing our fingers that next week’s double episode will be more fun than tonight’s.