Breaking Down the Bachelorette, Week 6

Welcome back to another great week of the Bachelorette! By now you can probably tell we’re avid watchers of the show (we have an entire podcast dedicated to best moments in Bachelor/Bachelorette history) and this week was no different. This was the last week before hometowns, so as usual the bachelors felt the pressure to convince Rachel they were far enough in love with her to bring her home to meet their family. As if on cue, the men were dishing out their feelings left and right, which made for a great episode. Without further ado, here are the awards for last night’s show!

Without much testosterone boiling over on tonight’s show, it makes sense with the careful timing in each man’s quest to win Rachel’s heart. The time for shows of manliness is over, the time to show their sensitive side and ‘go deeper’ is now. So tonight we are going to give the ‘Pre-Testosterone Alert’ to Dean for his child-like questions when he became uncomfortable with his one on one date. To avoid any real conversation, Dean peppered Rachel with thought-provoking questions such as, “Do you believe in the tooth fairy?” and “What’s your favorite dinosaur?” Dean, while we still love you and understand why you were so nervous to open up, we had a hard time keeping our dinner down during your middle-school moment.

This week’s LOL Moment was no brainer: Watching grown men jump on the hotel beds gave us a great laugh last night. We get it– who wouldn’t be excited to check into a pimped-out suite in Switzerland? But jumping onto beds together like a middle school slumber party? Hysterical.

We give this award to the producers. Thanks to their tricky editing skills, they had us thinking that Peter was going to leave the show because he had a change of heart. We were blindsided when there was no drama to speak of on his one-on- one date with Rachel, and frankly relieved. We think Peter is the front-runner and best match for Rachel, so it would have been upsetting to see him walk away.

This week’s Fashion Statement it is a tie between Rachel for her crisp winter white look, and Dean and his ability to pull off skinny dress pants even though he is crazy tall. Not many men can pull this look off without looking like a joke. Dean looked squeaky fresh, a modern day Paul Newman. 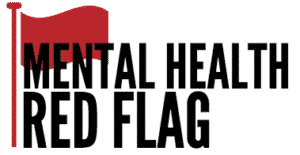 Thankfully at this point in the game, most of the crazies have been weeded out. So instead of awarding the Mental Health Red Flag for one of the contestants, we are going to give 2 shouts out to guys that we are not buying it from. There are two guys on the show that we just don’t feel are very genuine with how they feel about Rachel, but very genuine in their desire to stay on the show. Who wouldn’t want to ride the gravy train of the Bachelor dynasty? So here is to you, Bryan and Adam. Thankfully Rachel wasn’t feeling Adam either, but we are on to you Bryan.

Peter. PETER! Once in a while, we are shocked by how this show produces real love. Last night’s one-on- one with Peter and Rachel was a firework show of chemistry. It is pretty cool to see that real connections can be built, and we love Peter for being so honest and real even while on this show.

Rachel gets a solid 4 for this week. We were mainly impressed with her sending Adam home and giving the rose to Erik. What is impressive is she listened to how she felt about Erik, instead of being fooled by Adam saying the right things to her about loving her. We like women who trust how they feel and can tolerate the process of a relationship developing. This is not a contest to see who can fall in love the fastest, and just because you tell her you love her doesn’t mean she should reciprocate. Well done Rachel for staying cool, calm, collected, and for trusting yourself.