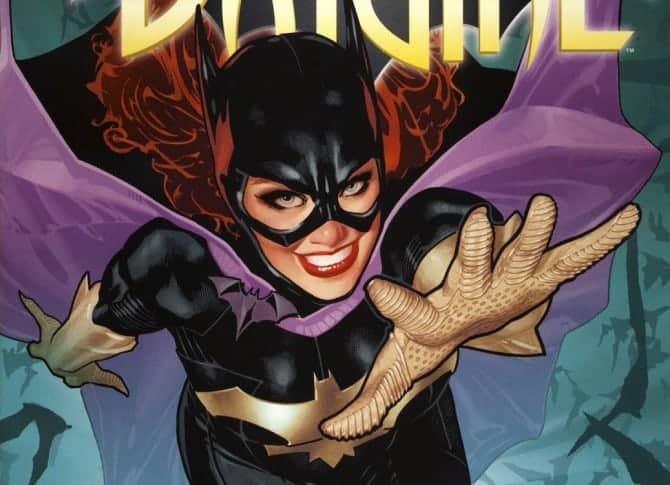 Recently, I got the chance to see the Lego Batman movie (again) and I started to think about Batgirl. Why is she called Batgirl as opposed to Batwoman? So, I reached out to my good friend, Lindsay Stewart, who is also a professional cosplayer. She lives, breathes and thinks about superheroes–all the time.  Being a costumer, cosplayer, con-goer, and comic book collector is proof enough.

“I’ve been a fan since was five, and my reward for getting through a day of kindergarten was watching Adam West Batman reruns,” Lindsay recalls.

The following scene that really got us talking was the turning point that fueled our discussion. Batgirl? Or Batwoman?

In this scene, Batman is firing his Bat Merch Gun at Barbara Gordon and assigning her costumes and hero names. This conversation goes down:

Barbara Gordon: If you call me “Batgirl,” can I call you “Batboy”?

This conversation is a nod to the decades-long debate: what do we call female superheroes?  Why are so many of them called  _______ girl?  I asked Lindsay, “How do you, as a feminist, reconcile a frequently misogynistic history in comics with an empowering view of women?”

She noted, “People can’t decide what to call me. Batgirl? Batwoman? Either they don’t know the character, or are they worried they’re going to offend the 5’11” Gothamite by calling her ‘girl?’ To comics fans, they’re not interchangeable. Batgirl and Batwoman are two separate, distinct characters with very different backstories.”

In the comics, when Barbara stepped out in the blue and gray for the first time, she does so as a costume to wear at the Policeman’s Ball. She was attempting to startle her uncle/adoptive father Commissioner Jim Gordon and honor her hero, Batman.  On the way to the ball, a group of thugs overrun Bruce Wayne’s limo, and Barbara leaps into action to protect the billionaire.  When Bruce “hides” to get away from the fray and Batman shows up, she has already incapacitated the entire gang. Batman asks who she is…

“Batgirl, of course!” she answers.

Lindsay notes that at that moment she calls herself Batgirl, and so that’s her name. She showed herself to be worthy, and newly christened, she takes to the streets under the moniker of her choosing.  She’s earned it.

In The Lego Batman Movie, Barbara Gordon is shown to be a superior police officer graduating at the top of her class. She’s got a plan to clean up the streets, to toughen up the police force, and to find ways to team up with Batman. Instead of just pushing the button for the Batsignal, she was bound to be his teammate and equal.

In the Lego version, after a series of disastrous costume and name suggestions, Lego Batman names her. “I was annoyed,” Lindsey Stewart stated.

The question of what to call anyone, both in comics and in life, boils down to a debate of agency.  What name or terms someone uses to describe themselves is a demonstration of identity. The names given by others is an imposition of power over a person.  Thus, in The Lego Batman Movie exchange, Batman is imposing both a costume and a name on her. Barbara has no agency, and Batman has all of the power.

So, according to my cosplayer friend Lindsay, the question of reconciliation is where the power lies. Does she name herself or is the identity imposed upon her?

So Batgirl or Batwoman? I think we should all say yes depending on what SHE says…