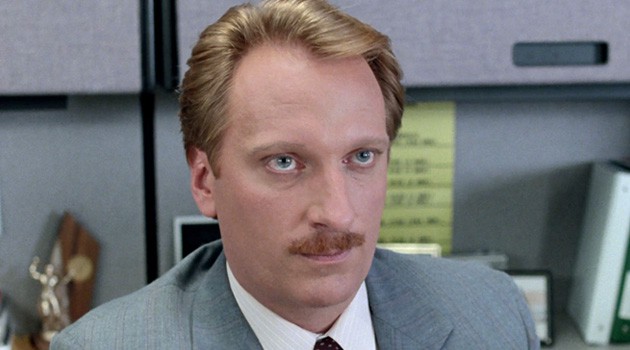 1980’s pop culture is hot.  The smash Stranger Things is set in the early 80’s and is packed full of nostalgic nuggets.  Ernest Cline’s acclaimed sci-fi novel Ready Player One is a “love letter to 1980’s pop culture,” with a Steven Spielberg movie adaptation on the way.  The film version of Stephen King’s 1986 horror classic It was one of the biggest hits of the year.  The visionary Blade Runner (1982) got a stunning sequel this year, Blade Runner 2049.   Dynasty, that glorious celebration of 80’s excess, got a recent reboot and a Top Gun sequel is even in the works.

The 80’s represent a Xanadu of pop culture in large part because of memorable characters, including all those we loved to hate. That decade produced numerous iconic villains lacking typical moral constraints who feel malice towards victims and take pleasure in their actions. The rogues gallery includes Wez from The Road Warrior, T-800 from The Terminator, Sgt. Barnes from Platoon, Freddy Kruger from A Nightmare on Elm Street, Khan from Star Trek II:  The Wrath of Khan, Alex Forrest from Fatal Attraction, and Frank Booth from Blue Velvet.

And then there are the a—holes. These are the characters who are more antagonist than villain, more flawed than evil, more conniving than destructive.  Their role in the narrative generally is to oppose the protagonist, as opposed to sadistically wreaking havoc. A—hole characters tend to be more grounded in reality because we encounter them, unfortunately, in our everyday existences. Villains usually are so nefarious that they are detached from our personal experiences (hopefully). Some villains have a charismatic appeal to them, a cult of personality.

The 80’s gave us some great/galling a—holes. Here is my pantheon, listed in no particular order:

In James Cameron’s tour de force, Ripley (Sigourney Weaver) took on a horde of xenomorphs and their gothically creepy queen.  Along the way, though, she had to contend with company executive Burke (Paul Reiser, who was in season 2 of Stranger Things).  An a—hole of galactic proportions, his greed and self-centeredness were pitch perfect for the era.  Understatement of the film:  “It was a bad call, Ripley.  A bad call.”

Rocky Balboa (Sylvester Stallone) faced Lang (Mr. T) twice for the World Heavyweight Championship.  Lang was much more of an ambitious trash-talker (“I’m gonna bust you up.”) than villain.  His challenge provided Rocky the fuel he needed to become, with Apollo Creed’s help, a true champion. But Lang was such an a—hole, such as when he dissed Apollo Creed pre-bout.

One could fairly argue that Gekko (Oscar winner Michael Douglas) was really a villain. In fact, I made that argument myself, although I gave him a rather modest Villainy quotient of 52.  But upon reflection, the real villain of Oliver Stone’s movie was Wall Street itself, and all of the corruption and avarice it represents. Gekko ironically made the point with his iconic and oft-misquoted line, “Greed, for lack of a better word, is good.” As an a—hole supreme, he was the counter-weight to Bud Fox (Charlie Sheen), inadvertently helping his protégé rediscover his soul.

Kreese from The Karate Kid

Worst.  Sensei.  EVER.  His bloodthirsty leadership of the Cobra Kais led them to collectively lose their moral compass, both in and out of the dojo.  When Kreese (Martin Kove) delivers the “no mercy” pep talk to his champion, Johnny (William Zabka) it smacks both of a tyrant-speak and authoritarian parenting. Villain?  Maybe. A—hole? Definitely.

John Keating (Robin Williams) would not come off as quite the ascendant teacher (and “Captain”) were it not for the stark contrast with his boss, Headmaster Nolan (Norman Lloyd).  Keating is inspiring, empathetic, and open-minded.  Nolan is domineering, cold, and closed-minded.  Their conflict is classic protagonist vs. antagonist, or hero vs. a—hole.  Nolan’s use of corporal punishment and cruel scapegoating of Keating will make your blood boil.

The quintessential 80’s action flick created the hero-accidentally-caught-behind-enemy-lines prototype that is still with us to this day.  Hans Gruber (Alan Rickman) was the villain, but douchebag Harry (Hart Bochner) puts lives at risk with his cowardice and delusional belief in his negotiating skill.

William Atherton was the Laurence Olivier of a—hole character acting in the 1980’s (see also Real Genius and Die Hard).  His unctuous portrayal of EPA official Peck may well serve as a role model to certain figures in modern-day Washington.  One of the most satisfying moments of the movie is when Venkman (Bill Murray) informs the New York City Mayor that Peck “has no dick (at least that’s what I heard!”).

Principal Rooney (Jeffrey Jones) was far too inept to be considered a villain, despite his deep contempt for our hooky-playing hero (Matthew Broderick).   Rooney was a caricature, for sure, but one who reminded everyone of that a—hole teacher who made life miserable.

Bill Paxton crystallized everything possibly negative about a big brother and poured it into Chet.  He’s the stuff of sibling nightmares.  His comeuppance, naturally, was being turned into giant, talking turd.

Mr. Vernon from The Breakfast Club

“I heard a ruckus,” could be the anthem of 80’s a—hole characters.  Irksome, vindictive, clueless- this Saturday detention monitor had it all!

Scut Farkus and Grover Dill from A Christmas Story

Admittedly, referring to a couple of boys as a**holes is harsh.  But these two were classic bullies.  Part of what made them so deplorable was their headwear.  Farkus wore an intimidating Davy Crockett hat while the Napoleonic Dill sported a newsboy cap.  Perhaps they found the error of their ways when Ralphie (Peter Billingsley) finally fought back in a blinded rage?

Hardy Jenns from Some Kind of Wonderful

Probably what most made Hardy (Craig Sheffer) infuriating was that he seemed to like being an a—hole just for the sake of being an a—hole.  He was the privileged, pretty boy, egocentric jock, a demon unleashed from high school hell.  He’s exorcised, though, when the delinquent Duncan (Elias Koteas) crashes his house party.  Awesome sauce.

Troy from The Goonies

The Fratellis were the villains that the Goonies were trying to elude and beat to One-Eyed Willy’s treasure.  But Troy (Steve Antin) was the real wanker.  He and his real estate developer father were materialism personified.

Biff Tannen from Back to the Future

I stated up front that this list was presented in no particular order.  But I just may have saved the biggest 80’s a—hole for last.  Biff (Thomas F. Wilson) was everything despicable about bullies:  cruel, arrogant, entitled, and stupid.  His near date rape of Lorraine (Lea Thompson) was full-on villainy, though.  He and has family lineage got shown up repeatedly by Marty McFly (Michael J. Fox) in the two sequels.

Did I miss your favorite a—hole from the 80’s? Please correct the record in the comments!