I have surrounded myself with friends who love movies. We discuss, debate, agree, disagree. For us, movies aren’t just escapism. They forge community, provoke thought, and offer guidance in how to live—and how not to live. At their best, they make us want to be better versions of ourselves, either by observing the flaws and foibles of others or learning from their examples. They take us into worlds, both real and imagined, that we would never have the chance to experience, and they give us the perspective of others that we might otherwise never know.

The 21st century has been blessed with some outstanding filmmaking, but a few of us challenged ourselves to sort through the best 17 films of the past 17 years. These aren’t always necessarily our favorite movies, but the ones we thought were the best. It was a good discipline, but it pains me I couldn’t include so many other great movies I loved. Time and further debate may shift my list, but here you’ll find two documentaries, a comedy, an action film, a fantasy, a couple of thrillers, three films by the same director, Oscar winners and those not even nominated, an animated feature, historical dramas, and some creative but quirky works of art. In other words, it’s all over the place, but it’s all great stuff.

My fellow Shrink Tank contributor and podcast co-star, Jonathan Hetterly, is working on his own opinion of the Best Films of the 21st Century as well. I am curious to see how our lists compare and contrast.

I’m sure there will be films on this list that make you grind your teeth, movies you either hated or just didn’t get. I’m fine with that. I didn’t pick them to upset you. I chose them because I really thought they were among the best movies we have seen so far in this short century. Feel free to disagree in the comments or through Facebook or Twitter. 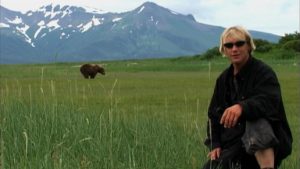 If it weren’t true, you’d swear it was the weirdest Christopher Guest mockumentary yet. With a bizarre cast of characters, this documentary of a young man who tries to live among the grizzlies, only to be [BIG SPOILER ALERT…Seriously!] eaten by a bear takes you on a roller coaster ride of emotion. You laugh, cringe, roll your eyes, shake your head. Was this guy mentally ill? Just misguided? A total idiot? Who knows? It’s a remarkable journey that left me stunned by the end. 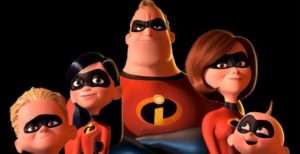 The story of a superhero family is a great movie about a family, perhaps the second best superhero movie ever made, and the best-animated film of the new century. It does everything right. It’s funny, poignant, action-packed, and, if you’ll pardon me, pretty incredible. 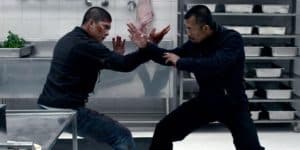 Thanks to my colleague, Jonathan Hetterly, for turning me onto this gonzo thrill ride that may be the best action movie I’ve ever seen. It’s extraordinarily good on every level, including stunning cinematography and a richness of storytelling you rarely find in any film, let alone a sequel. But it’s the exhilarating action sequences that are a class apart.

I had a friend beg me never to tell anyone he had seen this shocking, outrageous bit of genius that proudly crosses the line over and over again. There may not be a funnier, more uncomfortable comedy ever. It’s full of belly laughs and gut-churning discomfort. Either way, your stomach is going to hurt at the end of this film that skewers the good old U.S. and A. in ways that are alternately sweet, sickening, and sly.

The story of the childhood, adolescence, and young adulthood of a poor, gay, black man is visual poetry. Like Boyhood before it, we see an ordinary life depicted as a beautiful creation with no regard for accomplishment or outcome. His life is important simply because he is who he is. Like no other film I’ve seen this decade, the theater was hushed, reverent, and observant in a way that showed honor to the life being revealed onscreen. If there is a silver lining to the great Oscar telecast screw-up of 2017, it is that this film will continue to be talked about and debated and experienced for decades to come. 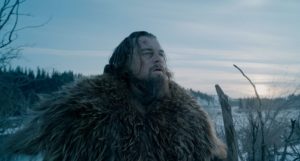 I know having two movies about bears who eat people might be a bit much for one list, but Alejandro Inarritu’s wilderness epic of revenge served cold is a tour-de-force of filmmaking from the opening attack on the frontiersmen to the much-discussed bear attack to the horse over the cliff. This is a stunner. It’s beautiful, spell-binding, and like some of the other great films of the new century (There Will Be Blood, Dunkirk, Mad Max: Fury Road), nearly a silent movie for stretches. Blessed with great performances from Leonardo DiCaprio and Tom Hardy and shot by a relentless director at the height of his powers, this is classic.

Dreams within dreams within dreams. The mind can be a wacky place, but it sure is fertile ground for great movie-making. This twisty mind-bender joins Christopher Nolan’s other great film about the mind, Memento (which is in my top twenty but just missed this list), but this one is a technical marvel and a masterwork of creativity. 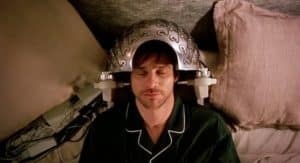 10. Eternal Sunshine of the Spotless Mind

If only we could erase all our painful memories. After Clementine and Joel break up, they undergo a strange procedure that wipes their minds of all the troubling recollections of their time together. Of course, it’s much more complicated than what they expected. This quirky, tender love story is a meditation on the complexities of relationships and the nature of love. More than a decade after I first saw it, it still has a powerful emotional effect on me. It’s a thing of unusual beauty.

Christopher Nolan’s dark vision of Batman is unquestionably the greatest superhero film of all time. Heath Ledger’s performance is one for the ages. The moment he craned his head out of the stolen police cruiser, savoring all the mayhem he had created is one of the most powerful, haunting images in all of cinema. 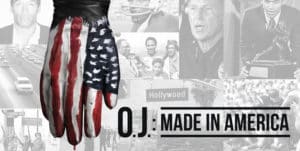 This documentary about the sad, infuriating story of O.J. Simpson does everything a good documentary should do. It makes us feel and think deeply. It immerses us in issues of race, class, privilege, the circus of the media, the failings of the criminal justice system, the power of celebrity, and the horror of domestic violence. We think we know the story, but we leave these eight hours changed by what we’ve experienced. To date, this is the best documentary of the new century. 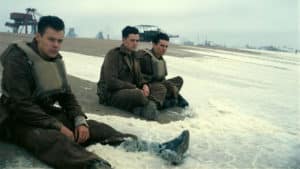 Yes, Christopher Nolan does indeed have three films on a relatively short list, but let’s be honest: he deserves it. He is the most important director so far this century. Here he throws out the conventions of war films, never giving us backstory or much character development, choosing instead to immerse us in the experience of one of history’s greatest rescue stories from the perspective of land, sea, and air. You leave rattled and a little shell-shocked, but grateful for the powerful perspective. 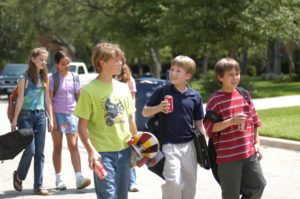 It could have been a glorified stunt or a real snoozer, but Richard Linklater’s story of the regular life of a regular kid is a film experience unlike any other. Filmed over twelve years, we see a boy grow up and become a young man right before our eyes. It’s a film where seemingly almost nothing happens. There are few dramatic moments, save for the meltdown of the alcoholic step-dad, but that, I would argue, is the beauty of the film. Nothing happens, yet everything happens. It is the first film to show how an ordinary life is actually a work of art. 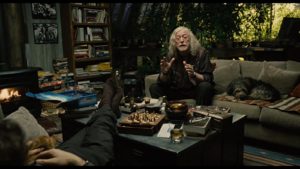 When Alfonso Cuaron’s film about an infertile society on the brink of collapse came out, it was regarded as good but not great, failing to earn even a nomination for Best Picture, but over the past decade, the brilliance of this thriller with its single-shot action sequences and deep themes is becoming much more clear. I re-watched it only after I heard him describe filming the escape scene in the little car during a Comic-Con panel a few years ago and I was absolutely blown away by how truly great this movie was. It may have missed out at the box office and not gotten all the love it deserved during the award season, but I am confident history will be kind to this amazing film. 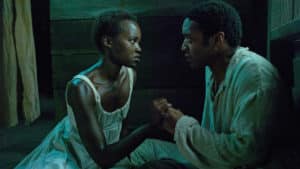 Like Schindler’s List, I’ll only see this movie once and yet it will remain near the top of my list of great films. It’s horrifying, yet essential viewing. It is not one of my favorite movies, but it is one of the best.  It’s a landmark not just because it was the first film directed and produced by an African-American or written by an African-American to win the Best Picture Oscar, but also because it is a towering achievement in filmmaking, one that looks at the great sin of America with an unflinching gaze. 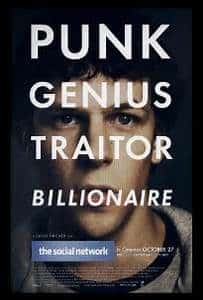 Aaron Sorkin’s tale of a young man who cannot connect socially and goes on to create history’s largest social connector is perhaps the defining story of our times. Sorkin’s razor-sharp dialogue and David Fincher’s perfect direction make the history of Facebook and Mark Zuckerberg not only funny and engrossing but the one film you’d put in the time capsule to show the robots or aliens about life in the early 21st century. 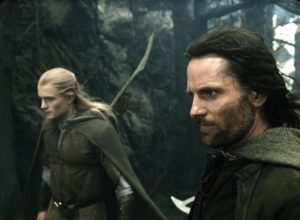 2. LOTR: Return of the King

1.There Will Be Blood

The greatest film thus far of the early 21st century is set in the early 20th century and is a beautiful, polarizing masterpiece. With a protagonist so self-possessed and unlikable, the entire movie nearly begs you not to like it, yet Daniel Day-Lewis digs so deep in what I would argue is the greatest performance in movie history that the story of Daniel Plainview is as intensely moving as it is captivating. In the hands of a lesser director, this American epic would have been remote and sterile, yet Paul Thomas Anderson’s vision elevates the experience—from the silent film opening to the bonkers milkshake/bowling pin finale—into the stuff of legend. Not everyone loves or even likes this beautiful creature of a film, and I understand. It’s off-putting and abrasive. But for me, not only do I like everything about it, including the astounding performances (count Paul Dano among them), the jaw-dropping cinematography, the mesmerizing score, and the powerful story-telling, but I love this movie. It got under my skin in a way I was not expecting and it has stayed with me years later. There are other great movies of our young century, but this is the greatest among them.