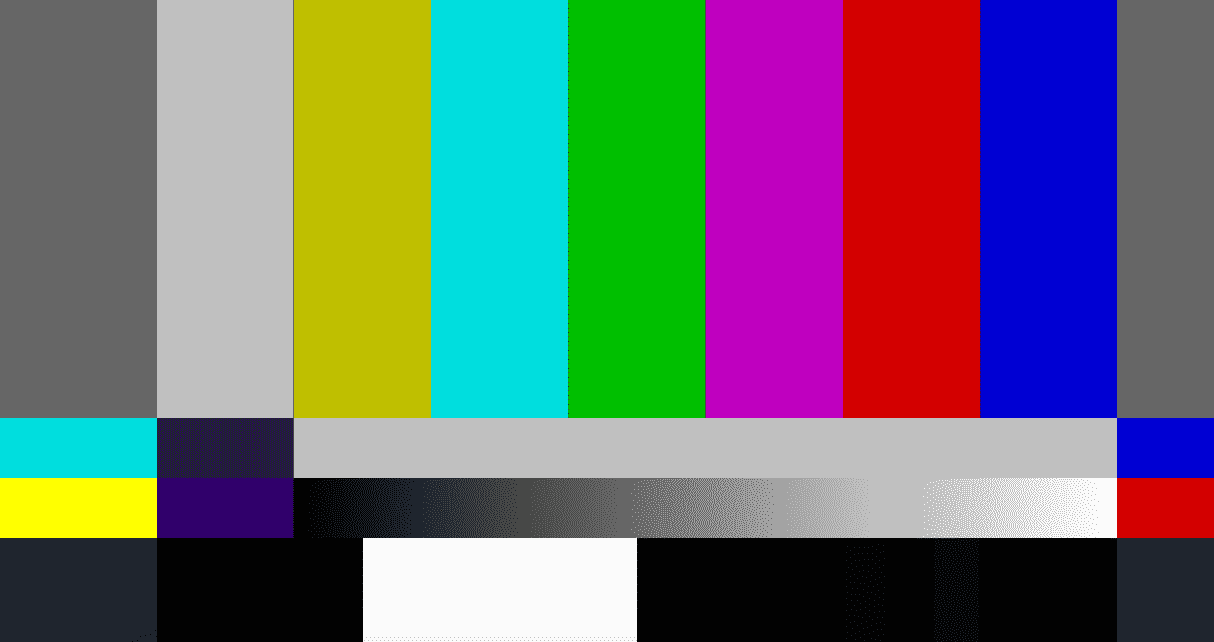 It’s mid-year and we’ve had some remarkable television moments. To give some space on the list, I’m limiting it to only one moment per show, even though a few (SNL, Jimmy Kimmel, The Leftovers, and others) had multiple awesome moments. Here are the twelve best moments of television so far in 2017:

The NBC sitcom Good Place snuck up on us with some clever writing and terrific performances from Ted Danson, Kristen Bell, and William Jackson Harper, among others. The final twist was not only unexpected and clever, but sets the next season up beautifully.

11. Phillip and Elizabeth kill an innocent man on The Americans (Mar. 21)

This season of The Americans featured some gut-wrenching moments, but none so much as this storyline that featured the couple murdering a man who was not only innocent, but doing some work that could have helped their people. The mistake began their slide toward disillusionment with their calling and their decision to return back home. 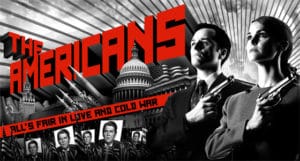 Legion ultimately proved itself to be the best superhero show ever on television, but it was a freaky and disorienting ride that undoubtedly bumped off viewers along the way. The Bollywood scene tested the audience from the start. Were you willing to hang with a show that was so crazy and bizarre that you literally had no idea what was coming next? If so, you probably loved every nutty moment of this astounding series.

9. The finale of Big Little Lies reveals all (April 2)

Breaking Bad still wins the award for the best series finale ever, but this season ender was a perfectly constructed climax to this intriguing HBO limited series. Reese Witherspoon and Shailene Woodley were great and Alexander Skarsgard was terrifying, but Nicole Kidman was astounding. Expect to see her name at Emmy time. 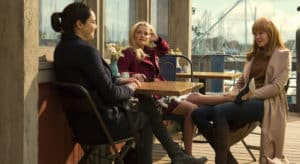 8. Scott Glenn talks about his mission from God on The Leftovers (April 30)

We saw our share of bonkers television from American Gods to Fargo, but The Leftovers beat them all. The final season was so head-spinning it can’t be fully described, but the best moment of the season, except possibly for the final scene, was a monologue by the great Scott Glenn who talked about his mission from God. It was one of the finest bits of acting we’ve seen on television in many years. 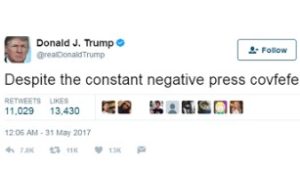 Along with Seth Meyers, John Oliver’s form of biting sarcasm seems perfectly suited to the Trump era. He sniffs out perceived injustices and sinks his teeth into them like a comic pit pull. On this particular episode, he went after the big boss of a coal company, even though the man had threatened to sue him if he did. Oliver went for him anyway and the man sued. It’s remarkable that some of the most dogged and fearless journalism is happening on a comedy show.

One of the great surprises of the year was this NBC drama that was never corny or pandering, but somehow always managed to hit authentic emotional notes. No doubt more tears were shed while watching this show than any other series on network television. In this moment, Randall, who had built his life on always doing the right thing got swamped by his carefully constructed life coming undone. Slumped against the wall, the brilliant (and Emmy-worthy) Sterling K. Brown portrays all the terror and overwhelming grief of a panic attack. This was the most emotionally moving moment of any scripted show on television so far this year.

In one of their best seasons in more than 40 years on the air, this moment—the first time McCarthy stepped behind that podium—was its crowning achievement. It took a few moments to register who and what we were watching, but once it sunk in, we knew we were watching a masterpiece of comic performance art. McCarthy’s Spicer was rageful and petty and a work of genius. 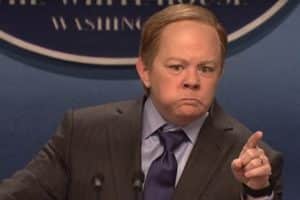 3. La La Land is announced as Best Picture at the Oscars before it is revealed that Moonlight actually won (February 26). 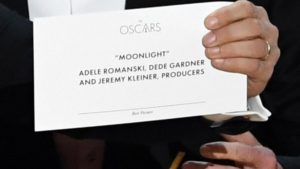 Just when we thought nothing could top Steve Harvey for a live faux paus, the Oscars gave us a moment that was so outrageous and cringe-worthy, it didn’t seem like it could be real. Warren Beatty and Faye Dunaway struggled with what to make of the wrong card they had been given and the rest is not only Oscar history but what might be the biggest live mistake in American television history.

Think of what had to go wrong for this to happen: 1) They had to be given the wrong envelope, 2) The envelope had to contain the name of a movie that was nominated for Best Picture, 3) The erroneous name also had to be the presumed favorite. What made this moment so incredible was not just that it happened at the pinnacle of the Oscar telecast, but it became such a human moment. We felt sorry for Beatty and Dunaway (though not so much for the accountant who screwed it up) and we hurt for both the La La Land crew and the Moonlight crew who had their moments tainted in very different ways. The bright spot is that Moonlight, a beautiful film made on a shoestring budget, won’t be overlooked in the future because it is now part of one of the most memorable moments in television history.

In a desperate moment, Survivor veteran Jeff Varner outed Zeke Smith in front of the other contestants during a tense tribal council. The backlash against Varner, a member of the LBGTQ community himself—was intense, both by the other players in the moment and viewers after the show aired. It did, however, open up more dialogue and awareness. Smith, a Harvard grad, wrote one of the best reads of the year for The Hollywood Reporter. It was a powerful moment of television and an important cultural milestone.

1. Jimmy Kimmel emotionally describes the birth of his son who was born with a heart defect (May 1).

This may be one of the great moments of late night television ever. Kimmel’s personal account through tears of the harrowing ordeal his family faced when his newborn was discovered to have a heart defect was gripping and sad and funny. It was also a political plea about healthcare and a deeply human story of parents who feared for the life of their baby. It is the essential television moment of the year. 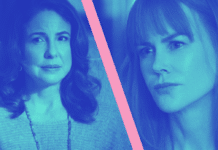