To promote her new album Lemonade, Beyonce paired up with HBO to create a one-hour special to express, powerfully, the underlying message of her musical collaboration.  It has been widely praised as a primal, staccatic (yea I make up words) work of art with an underlying message primarily interpreted as “the strife of infidelity” and secondarily as an “ode to strong black women.”

Beyonce and Her Beyhive 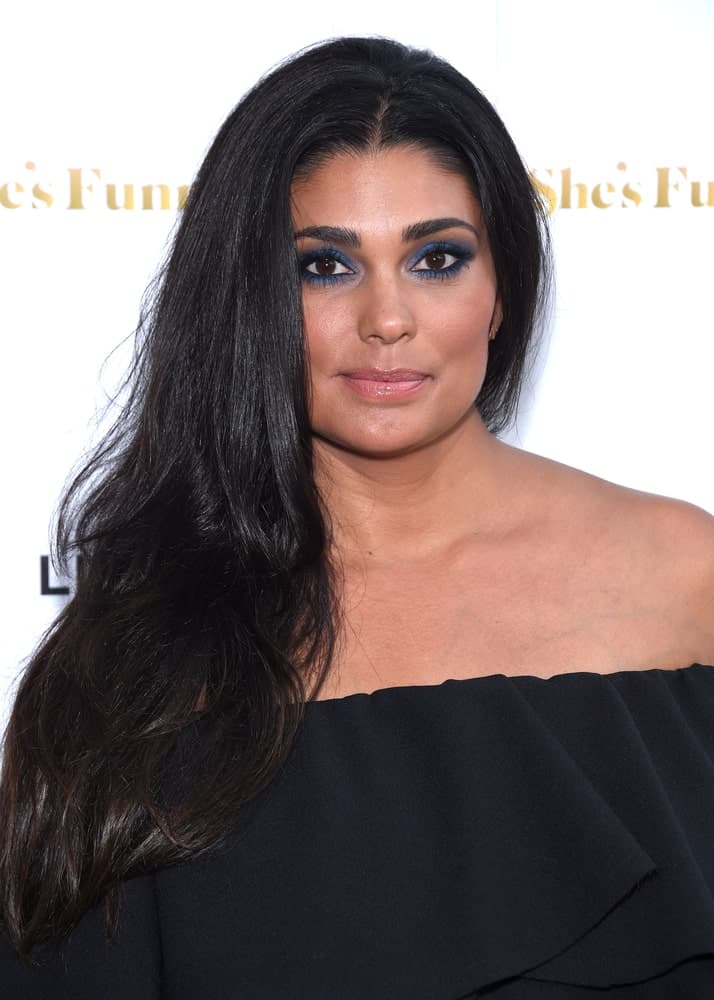 Beyonce’s “Beyhive” (her devout followers) feel that they have received her queen bee’s pheromones, hearing loud and clear: “Becky with the good hair has seduced my husband to infidelity – attack, my bees!!”, and attack they have.  Through late-night, red-faced detective work (via Twitter), they believe they have identified “Becky with the good hair” (the assumed mistress)– fashion designer Rachel Roy — as the harlot who foolishly dared to harm the royal couple.  And they have been merciless.

A second suspect was also identified – the bubbly and harmless celebrity chef Rachel Ray – as a result of their riotous wildfire rage; a civilian casualty of the fanatic hate buzzing, though this theory was quickly dispelled. 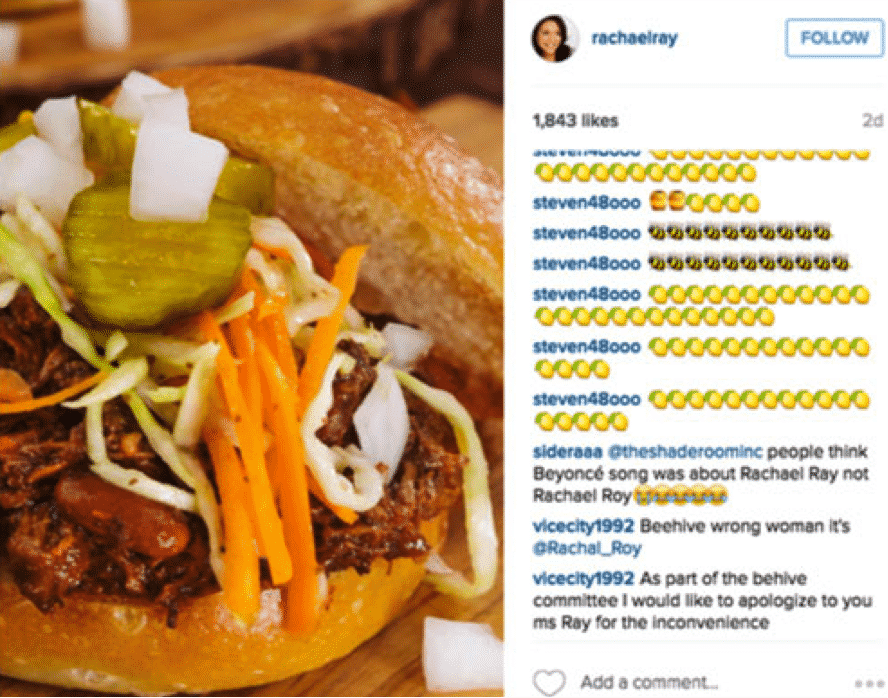 As a note, I look forward to using the “many emoji bees” on social media, but probably in a more Rudy Rhod from The Fifth Element kind of way. 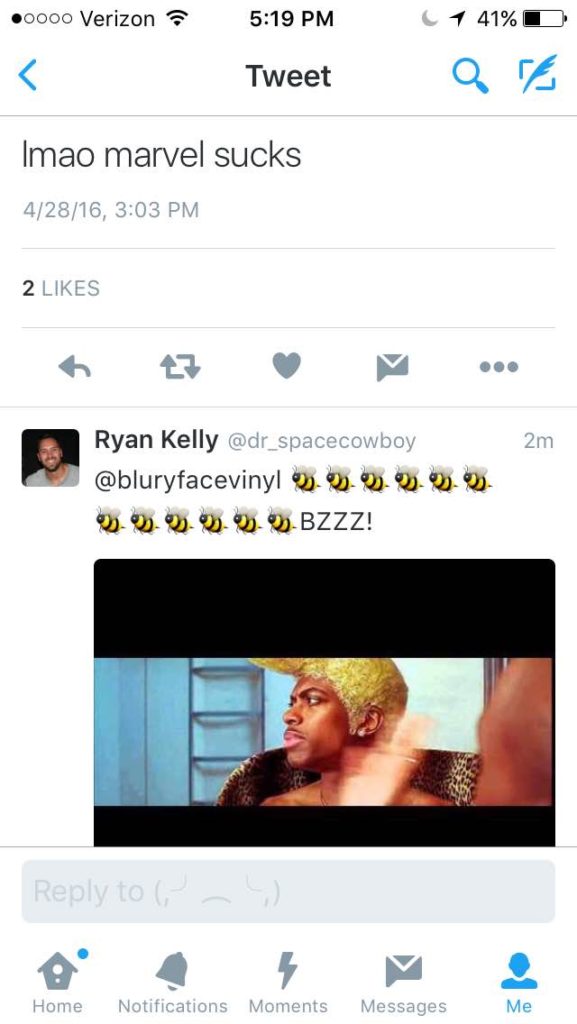 What About Jay Z?

Now whether or not Jay Z actually cheated on Beyonce, or if Rachel Roy is in fact “Becky with the good hair”, remains uncertain; however, one thing is very clear: Jay Z has 99 problems, but being held accountable for infidelity ain’t one. 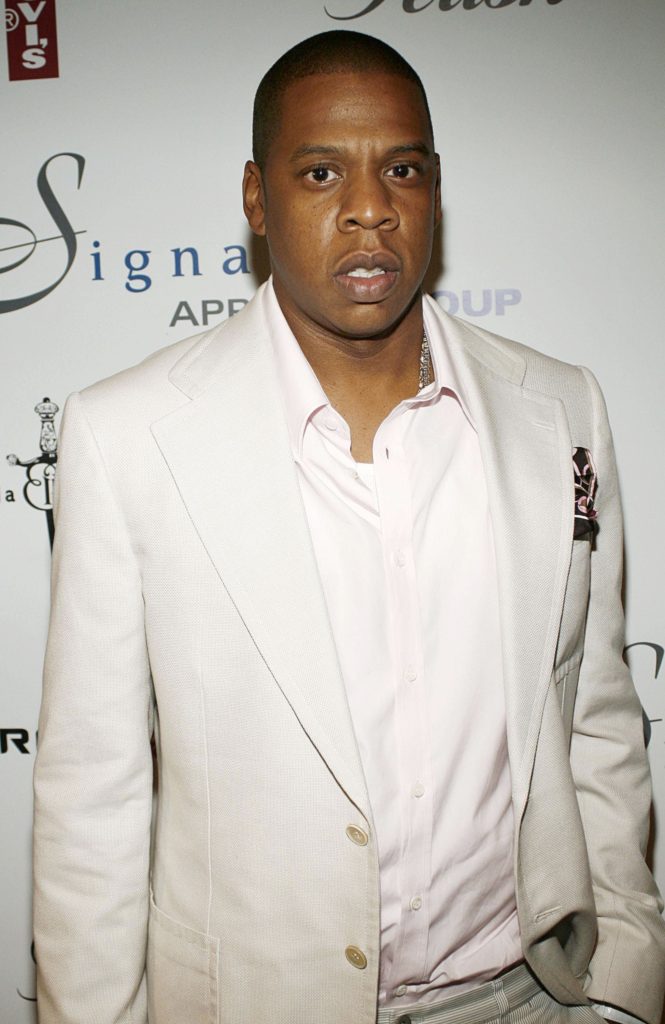 Now, I am not trying to smear the man in nectar, here – most of this is based on speculation and he may not deserve to be publicly reprimanded– but I would argue that neither should Rachel Roy.  To me, this whole thing comes off as a witch hunt of a patriarchal design, where women (historically) are blamed for sexual indiscretions while men are exonerated by the “boys will be boys defense” — it’s not Adam’s fault for eating the apple, it’s Eve’s fault for offering it to him.  We’ve seen this before.

When Bill Clinton cheated on Hillary with Monica Lewinsky, it was Monica who received the brunt of the backlash.  She was a victim of the not-yet-coined “slut shaming”, and was referred to in the media as variants of a “little tart” (New York Magazine).  She was the sinful adulteress in the semen-stained dress – had she no family values?!  Marilyn Monroe, nannies of celebrities (e.g., Schwarzenegger, Jude Law), etcetera, etcetera, all branded with scarlet letters while the primary adulterers (husbands) often go with a slap on the wrist. 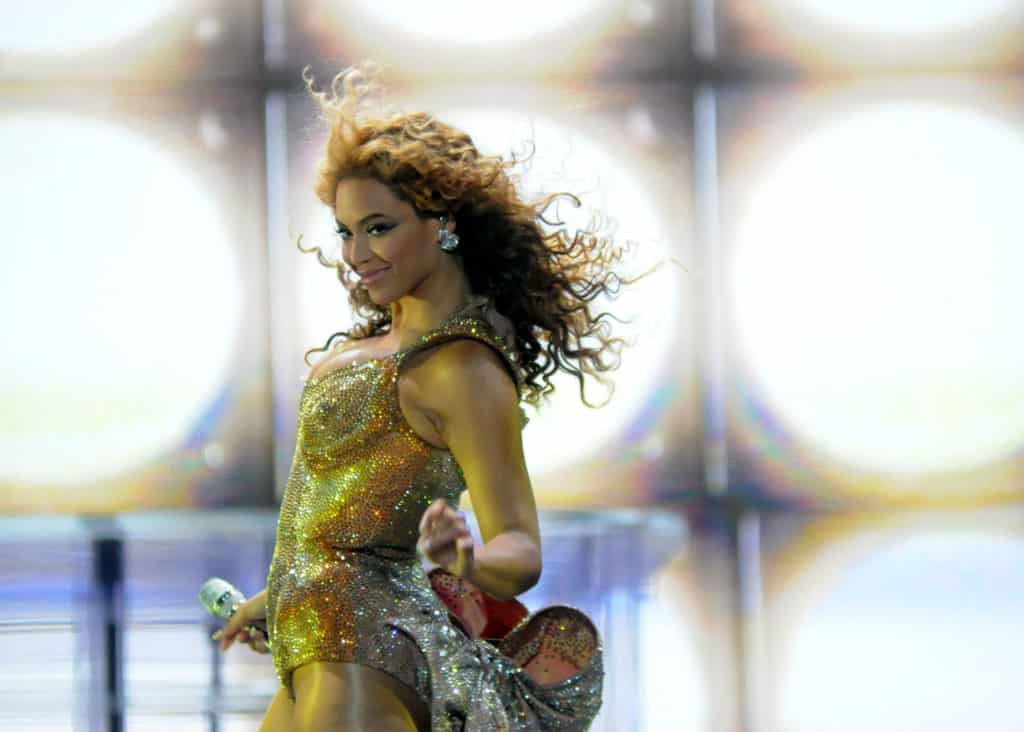 The cause is perhaps similar to the mechanism behind blaming rape victims (Cheryl Araujo) and general slut shaming (e.g., ridiculing Susan Sarandon for showing cleavage).  Sexual condemnation of women goes back to when religion first associated females with sex and lust, and is but one product of a resonating patriarchal system of oppression.  That’s not to say we haven’t come a long way from the Anne Boleyn-esque persecutions of old, but an undercurrent of this culture still exists, and we must ask ourselves why.

Celebrities like Amber Rose and Kim Kardashian (side bar whatever negative feelings you may have about them for a moment) have thrusted “slut shaming” into the spotlight, spreading awareness in their own way about the double standards that exist when it comes to bodily exposure and sexual behavior.  Others like Lena Dunham and Amy Schumer have also been invaluable advocates, though unfortunately tend to shame other females themselves, usually traditionally attractive celebrities like 2016 Khloe Kardashian (Schumer shamed her for losing weight).  What psychology shows is that oftentimes slut shaming is less about sex and more about socioeconomic status (SES). Research shows that affluent women are less likely to be shamed for sexual behaviors that, for lower SES women, are considered “trashy”.

Furthermore, slut shaming has been found to act as a method of reducing a female’s social standing (even if wealthy) within a certain context.  So what does this mean?  Essentially, it means that sexual condemnation of women over men is largely a function of power and social capitol within a patriarchal culture.

Within most cultures (US included), both men and women are subconsciously programmed to hyper-sexualize females (whether it be by hyper-focusing on their looks or condemning their “promiscuity”), thus strengthening the glass ceiling above them.  As a note, it’s not likely that Beyonce fans approve of Jay Z’s supposed indiscretions either; it’s just that they don’t address it.  They focus on attacking the female Rachel Roy (who has no obligations or marriage vows to Beyonce), and this should be considered and challenged in the same way that all systems of oppression should be challenged.  After all, the number one predictor of change is intervention; so, as a society, let’s intervene.

We can start by slowing our roll.  No more Rachel Roy hating and for God’s SAKE no more Rachel RAY hating– that poor, sweet, culinary saint — she’s a doggam gem! JUST LEAVE HER ALONE!!