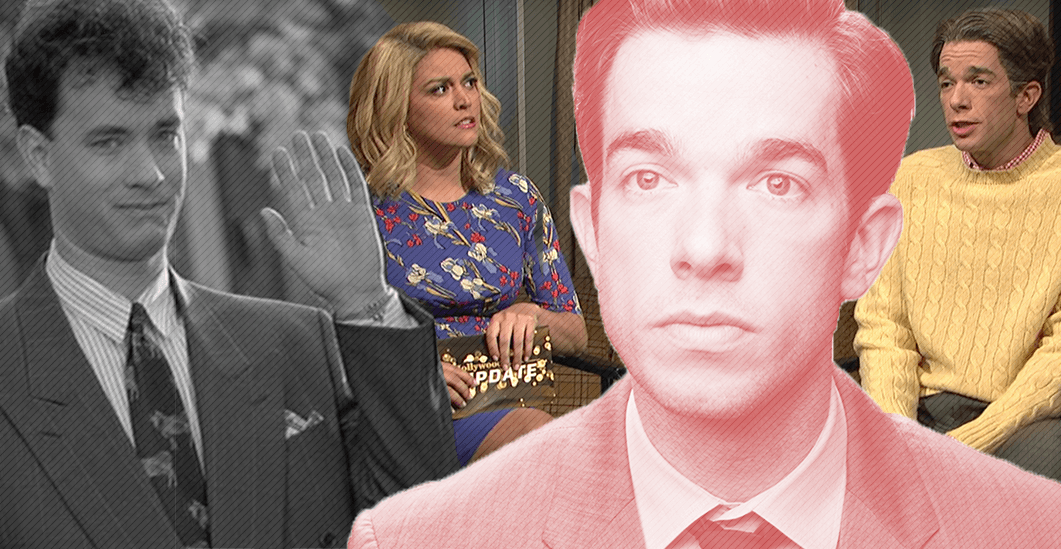 This past Saturday, comedian John Mulaney hosted Saturday Night Live and performed a skit that eviscerated one of the most common cinematic tropes – the ‘body swap’ concept.

You’ve seen the setup; two people are often frustrated by their stage of life, pine that things would be better if they switched bodies (or stage of life), and lo and behold, they mystically swap bodies or are a different age.

In the SNL skit, technically titled “Sitcom Reboot,” Cecily Strong is a host interviewing the creator of the fictional 1980s sitcom “Switcheroo,” played by host John Mulaney.  “Switcheroo” is about to get a reboot, and Mulaney discusses how the reboot is probably not a great idea given the subject matter.

The ‘body swap’ concept was in full swing in the 80s.  Film after film milked the ‘fish out of water’ concept and provided actors and actresses the chance to act immature and silly.  These films also provided child performers to play stuffy, responsible grownups.

And no film was as lauded for its tender depiction of the body (or age) swap than ‘Big.’ Directed by Penny Marshall with an Oscar-nominated performance by Tom Hanks, ‘Big’ was the most commercially and critically successful film of the body swap concept.  Instead of switching places with another person, Hank’s character Josh Baskin transforms from a 12-year-old kid to a grownup overnight. The film is forever linked to its walking piano scene at FAO Schwartz.

Hanks, along with Robert Loggia, perform ‘Heart and Soul’ and ‘Chopsticks’ with seamless choreography.  It is one of most iconic moments in all of cinema.

I immediately thought of ‘Big’ when watching the SNL skit “Sitcom Reboot” which Mulaney himself wrote back in 2009-2010 when he was still a writer for the show. 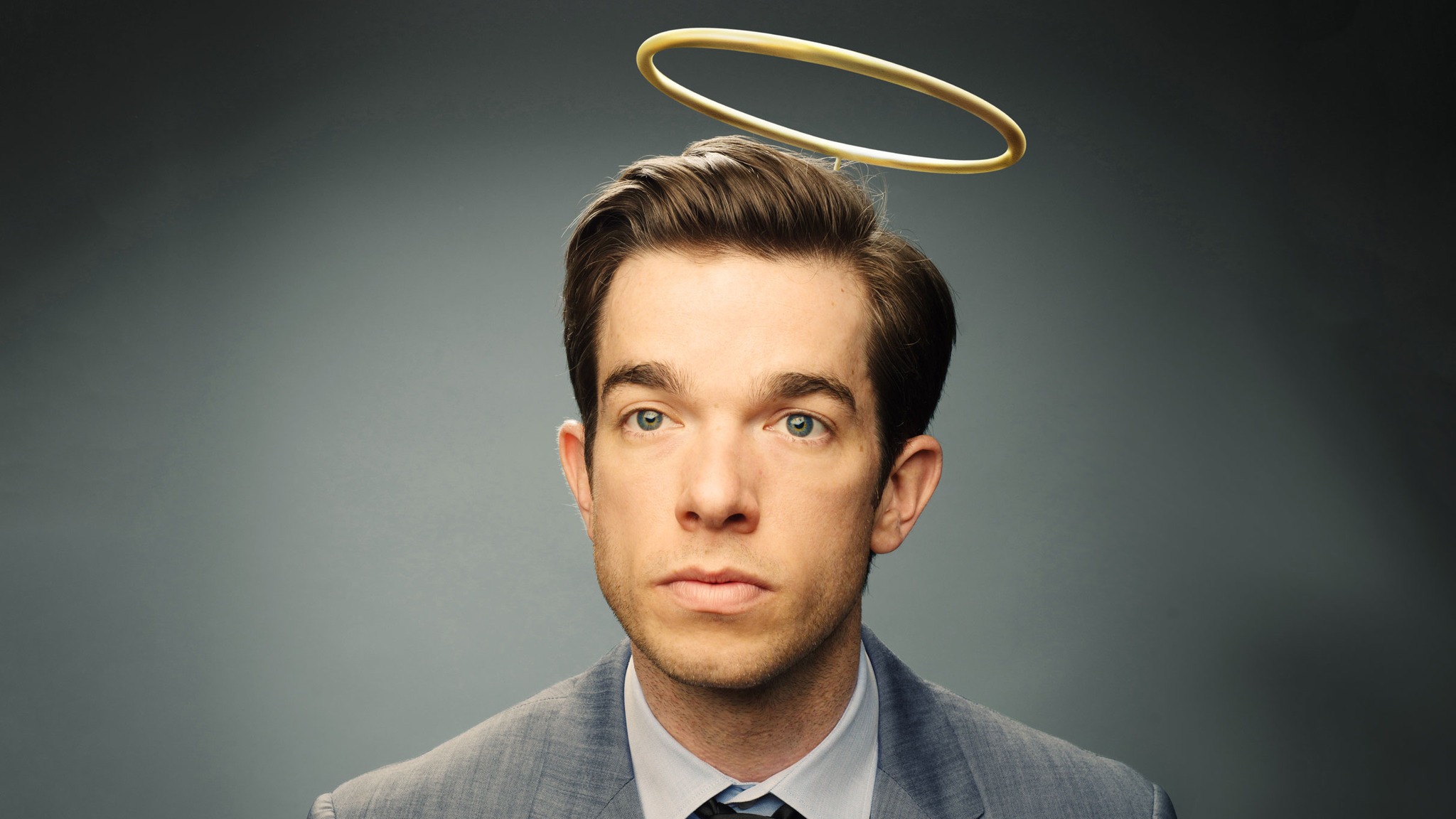 In the skit, Mulaney’s character Jay Paultodd, shows a clip of the opening sequence of “Switcheroo,” revealing the show’s premise. The dad, played by Beck Bennett, switches bodies with his son and hijinks ensue, as the theme song explains, but there’s a twist.

“Dad goes to school, son goes to work, and the son has sex with the mom,” the song explains.

The sketch cuts back to a visibly disturbed Strong, as she tries to continue the interview with Mulaney.

“The show was not popular,” Strong said. “Why do you think that is?”

“I think viewers expected us to focus on a different aspect of the switcheroo, you know?” Mulaney said. “Perhaps seeing the son trying to work at the dad’s office as an astronaut, or the dad trying to make the son’s football team. Instead, we focused exclusively on the sexual ramifications of the switcheroo.”

And in one simple comedic and cringeworthy skit, John Mulaney and Saturday Night Live ruined any chance that I can watch Tom Hank’s ‘Big’ the same way ever again – if I am ever able to watch it again at all.

For those who don’t remember, in the 1988 film, 12-year-old Josh Baskin, in the body of 30-year-old Hanks, engages in a sexual relationship with his co-worker Susan Lawrence, played by actress Elizabeth Perkins. 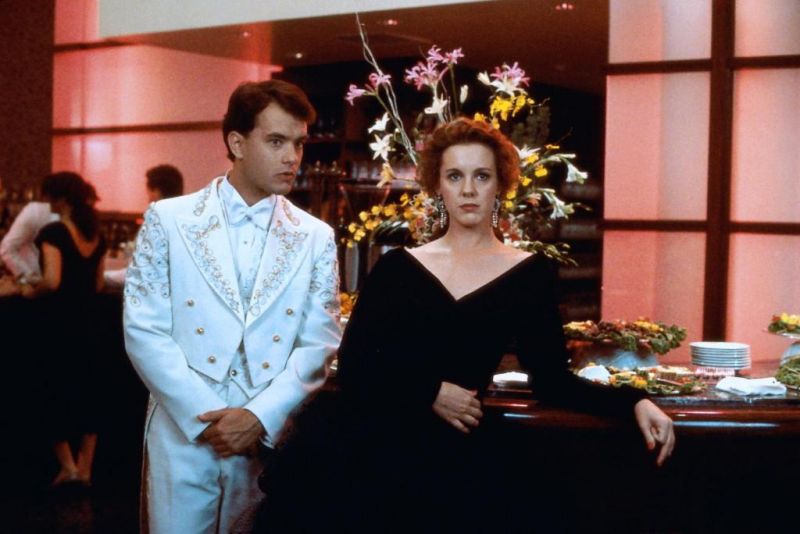 Perkins’ character Susan gently seduces Hanks, taking off her blouse with Hanks groping her bra-covered breast, supposedly for the first time.  Hanks plays the scene with such comedic subtly and tenderness, that it can be easy to forget that the film is playing out in a very disturbing and sexually grotesque manner.  The film is depicting a grown woman having an emotional and sexual relationship with a 12-year-old boy in a 30-year-old body.

And we, as the audience, are meant to laugh and cheer this on.

How did I ever overlook the gender and sexual politics of this film?  I mean, the disturbing plot point was never lost on me. Each time I watched the film, there was a degree of discomfort or acknowledgment that this development would never be okay in real life.  But hey, it was just a film, right? And the manner in which Hanks plays the role makes it virtually impossible to not cheer this kid on in the film.

But the Saturday Night Live skit has spotlighted not just the disturbing premise of the film but how easily the American audience has overlooked that crucial detail in the name of wholesome, family entertainment.

Mulaney is a comedian who excels at deconstructing absurd details of film and entertainment (just listen to his Back to the Future or Charlie and the Chocolate Factory stand-up bits), but here, he doesn’t directly tackle ‘Big’ but rather spotlights the disturbing setup of many ‘body swap’ films.

I am now left with the fundamental question, “can I still enjoy ‘Big’ despite a huge plot point that casually portrays a child having sexual relations with an adult woman?”  I honestly don’t know if I can. I’m going to have to stew on that question.

Penny Marshall’s 1988 film is going to be celebrating its 30th anniversary this June.  I am curious to see what type of editorials and opinion pieces are written about the film’s legacy in the age of #MeToo and the recent re-appraisals of John Hughes films from Molly Ringwald.

What do you think?  How bothered or unbothered are you by the sexual relationship aspect of Big?  Is it something that takes you out of an otherwise warm and tender film? Or are you somehow able to overlook the unsettling plot point and enjoy the overall tone and mood of the film?  I’m curious to know!