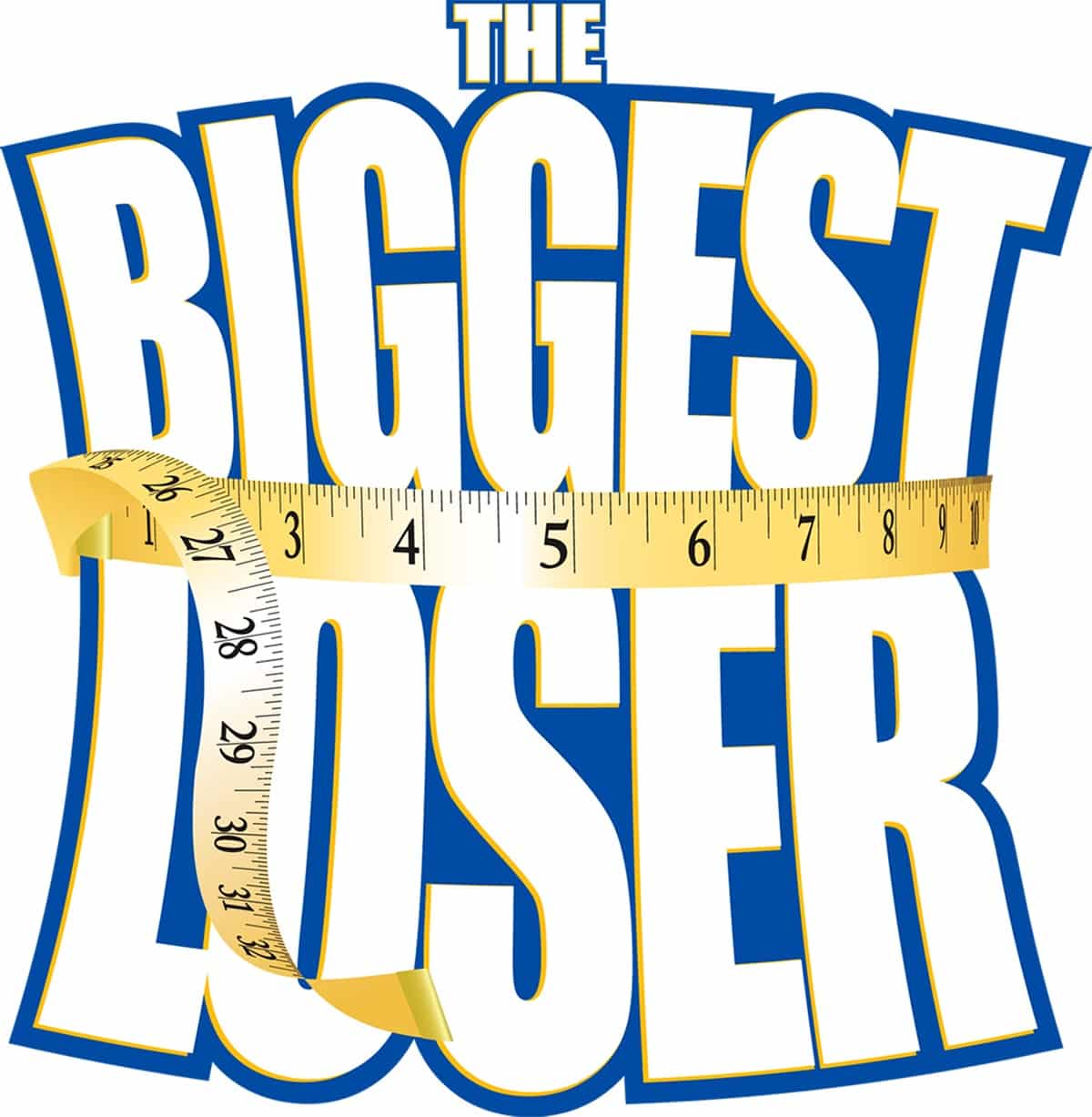 A recent study has revealed that the participants on the hit show “The Biggest Loser” have significant struggles sustaining weight lost on the program, and have demonstrated metabolic changes even several years after the end of their participation. The investigators were able to demonstrate that participants can experience reductions in calorie metabolism by as much as 600 calories per day, which makes sustaining positive weight change nearly impossible through the methods used on the program. There has always been secrecy around the program used, but most sources say that it involves 6 to 8 hours of daily exercise and daily calorie intakes cut to as low as 800 calories per day; all of this is intended to create weight losses as high as 30 pounds per month. From the viewer’s perspective, obese individuals complete intense tasks and contrived weigh-ins (have you ever seen a scale that swings by 10-20 pounds before it lands on its correct number??) to determine who can be the biggest loser. The theme is meant to inspire, because the clear laziness or problems with food get resolved under the tight observation and instruction of the trainers. 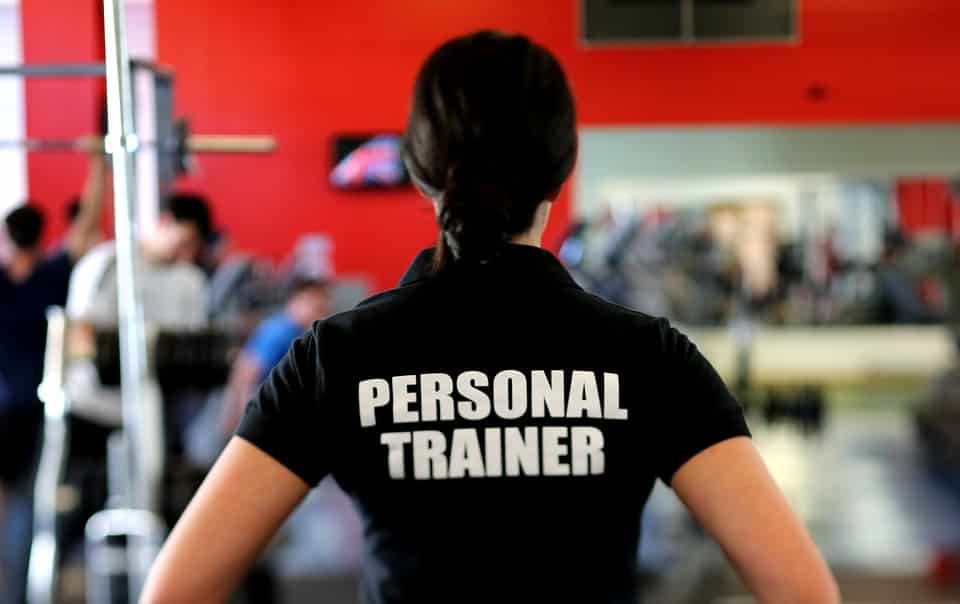 A key event on the show are situations that are intended to humiliate and devalue these individuals, which are presented as physical challenges. The challenges at the opening of the season usually involve tasks that quickly weed out participants who may be incapable of completing physical challenges, and highlight the physical limitations that are expected with excessive weight. As the season progresses, the tasks become more hopeful, intended to highlight the increased physical capacity now that weight has been reduced, and there are frequent callbacks to the pre-show body size- running with equivalent weigh, bursting through silhouettes of the old body, facing down favorite or tempting foods that were indulged prior to beginning their participation. This is never the first diet for the participants, but it is the most all-consuming program they will ever encounter.

The psychological effects of this physical shaming can be life altering. Sociologist Brene Brown has greatly researched the effects of shame, and the participation on this show is likely to result in a crippling “shame hangover” where there is lack of belief at the public engagement with their most personal experiences. For many people who have experienced problems with weight management, body image can be disconnected, and it can be upsetting to see their image in their heaviest state. The weigh-ins involve stripping down to minimal attire, which has the potential of increasing their level of embarrassment. These weigh-ins can be even more intense by the fact that the participants do not actually have conscious control over the outcome- you can control your participation in exercise and the food that goes in your mouth, but you don’t actually control the number that pops up on the scale. Imagine having your degree of success or failure fall on this one number- people with eating disorders experience this commonly when they are at their sickest. A key element in recovery from disordered eating is recognizing that the number on the scale is simply a number, not a statement of value, success, or failure. 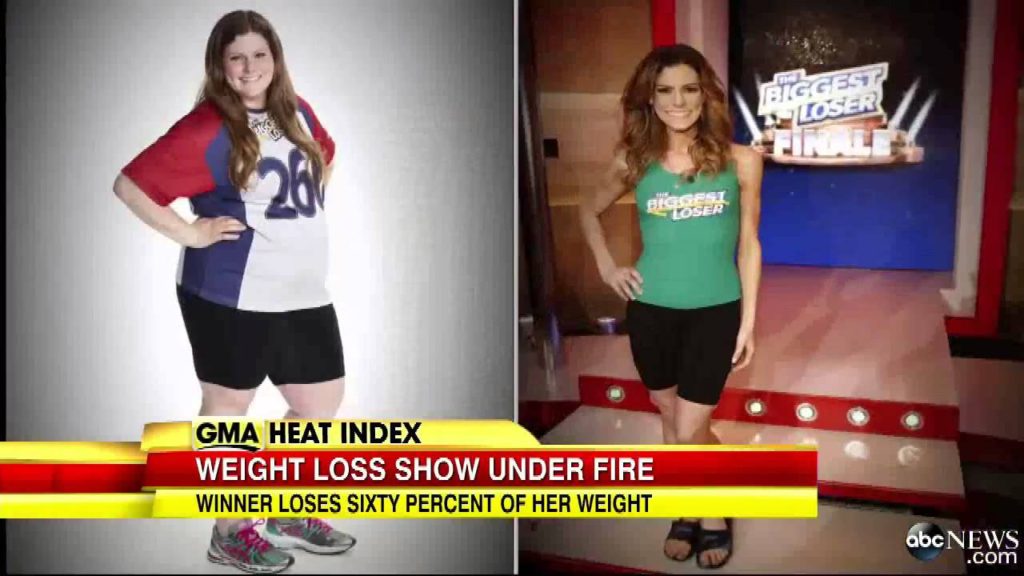 It would be expected that there would be long term psychological effects from being exposed to such public shaming, but now we also know that there are long term physical effects as well. These physical effects actually contrasted with studies that have demonstrated success from weight loss efforts that resulted from either longer term efforts or surgical intervention. Data from the weight loss registry has demonstrated that participation in exercise is a key factor in maintenance of weight loss, but it is not always the factor that results in weight loss during the process. No one can sustain exercise to the scale utilized by the Biggest Loser, and it is likely that this intense regimen contributes to these long term challenges. People who go through bariatric surgery often have severely restricted calorie consumption, but do not always end up with these severe dysregulation, which indicates that there is more complexity within the experience of these participants, and my guess would be that extreme exercise would be the culprit. The sad fact is that the only thing that would really make this spectacle end is the elimination of ratings, which is most likely to result from our nation’s short attention span rather than an outcry on behalf of the participants. Who knows how long participants will experience the effects of the show in their long –term health?