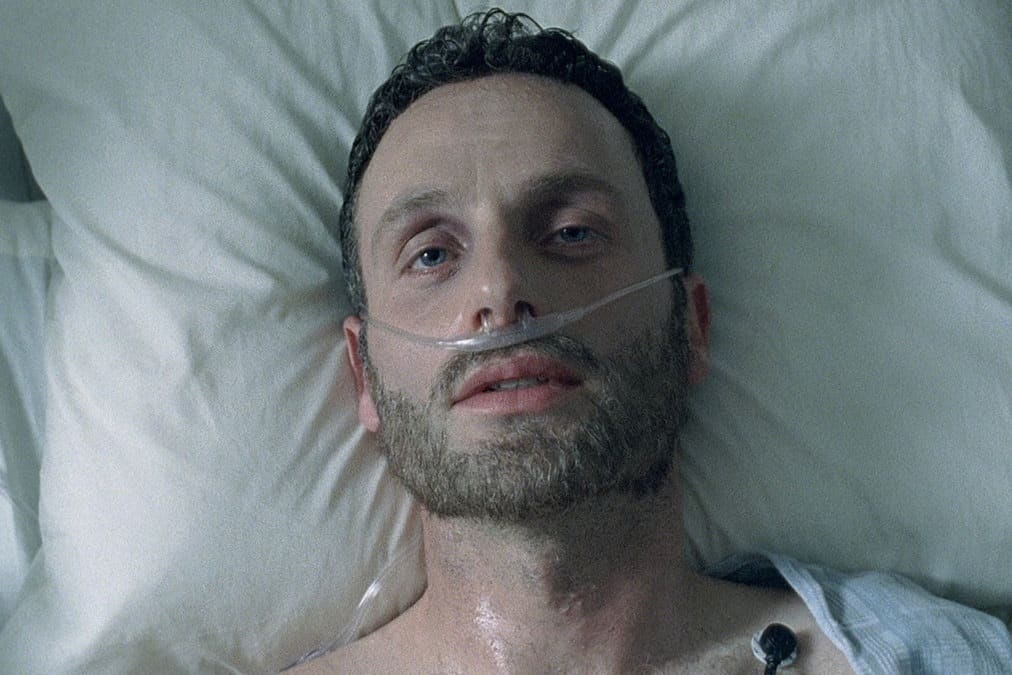 The Walking Dead? More like the Watching Dead. The show is a shell of its former self. It has lost viewers, lost quality, and lost its way. I know exactly how the show will end, because it telegraphs all its narrative pivots.

I just won’t be around to see it.

I am a huge Walking Dead fan. Scratch that – I was a huge fan of The Walking Dead. Now I’m a former fan who no longer cares. It’s quite a shame, to fall out of love with something you once cherished. I have written about my affection for the show, and especially my affinity for Glenn. I even contributed to a book on Walking Dead Psychology: Psych of the Living Dead.

Finally, in a last-ditch attempt to revive the flailing show, I even created a video giving the show some advice on how to turn it around:

But alas, all of my efforts have fallen on deaf ear. While my colleague Dr. Dave Verhaagen wrote on why he’s sticking it out for Season 8, I respectfully disagree.

So with that, I must bid adieu to The Walking Dead, but not before explaining the reasons why I’m bailing on one of my favorite shows of all-time.

I no longer care about the characters.

One of the refreshing aspects of The Walking Dead, when it premiered in 2010, was the depth of character development. The heart of the show was the characters, their relationships to one another, and the interaction of the group. Unfortunately, the show has evolved in ways that make character development problematic for the viewer. First, they continue to kill off longtime characters.

Last season included the deaths of Glenn, Abraham, and Sasha. Season 7 included numerous other casualties, but they were all forgettable characters, which leads to the second problem the show faces when it comes to characters: They continue to add more folks to the show.

There are too many individuals and groups to follow. This has resulted in an over-saturation of characters.  Too many characters leads to minimal character development, which leads to deaths that don’t amount to anything for viewers.

At this point in the show, there are only a few characters I actually have any interest in, but the genius showrunners can create an entire episode spending time with ancillary characters that no one knows, no one cares about, and therefore will have a death that has no impact on the viewers.

No wonder ratings are down.

Hype is now more important than a cohesive vision for the show.

Ever since the creative high point of seasons 1-4, the folks involved with the show spend more time hyping the show than developing a cohesive storyline with strong character development. As a result, we continue to get different versions of characters.

The problems plaguing The Walking Dead have only grown over larger and now overshadow its merits and strengths.

The show has become formulaic and predictable.

It has become one of the favorite pastimes for Walking Dead fans; predicting who will die each season. Honestly, it’s not that difficult to do.

First, if a primary character is black, they are more likely to be killed. Second, if a secondary character is suddenly given more time and storyline, they’re toast. Third, if the marketing and the hype that the creators are spewing says it’s not someone, well then, it’s that character.Honestly, it’s become as predictable and interesting as the 2,000 episode of Law & Order or every episode of House.

What do those two shows have in common with The Walking Dead?  They follow a tried and true formula that is as predictable as it is unsatisfying. 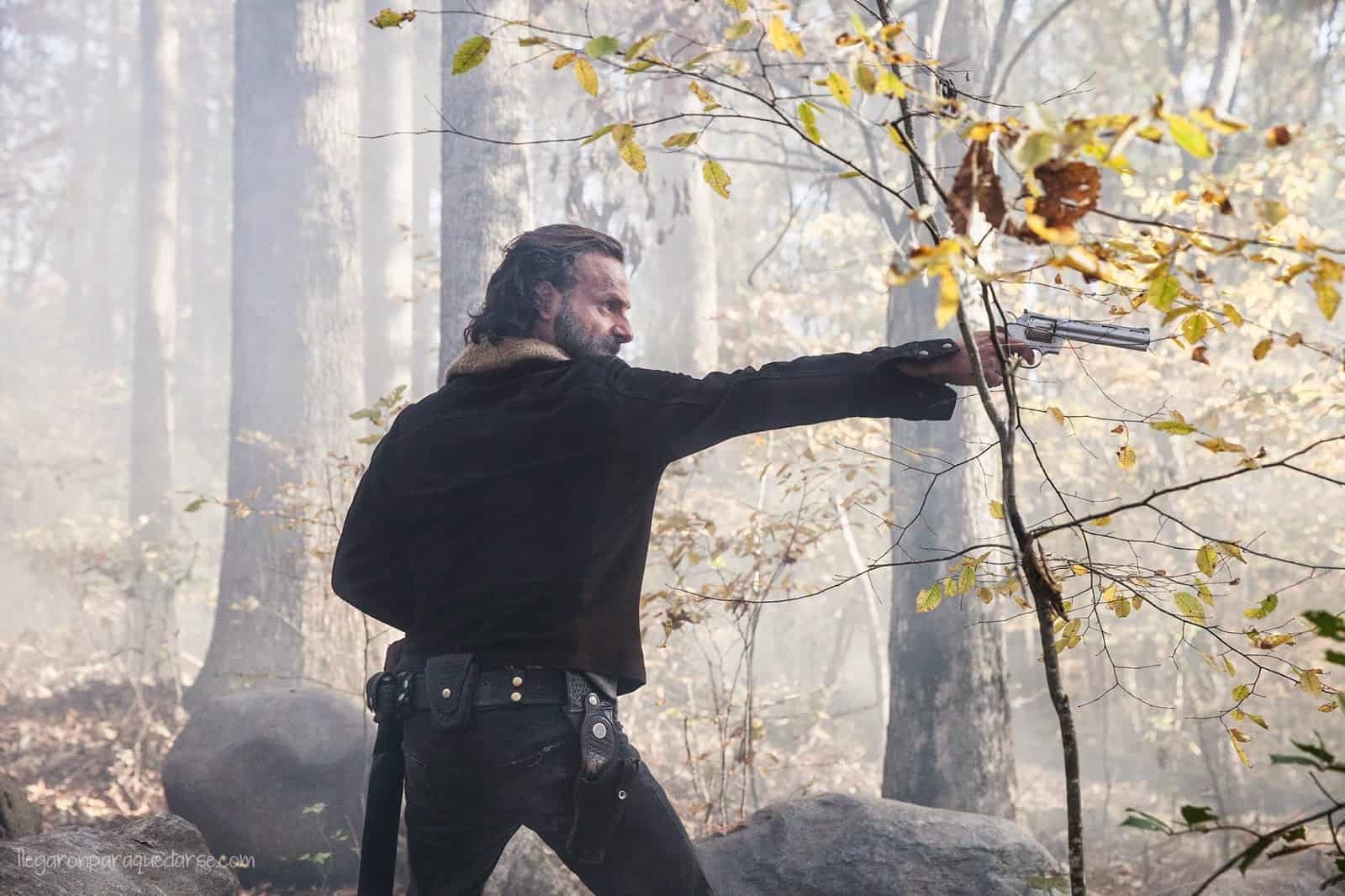 I watched the first three episodes of Season 7. I witnessed the relentless slaughter of Glenn. I watched Carol connect with Ezekiel and his community. Daryl and I both endured the brutal torture of “Easy Street” by the Collapsable Hearts Club in episode 3.

Then something truly terrifying happened:Donald Trump won the Presidential Election.

And for six months straight I didn’t sleep through the night. And the world didn’t seem quite right.  And suddenly, a show depicting the aftermath of our society crumbling didn’t seem so entertaining. And for the first time in six years I missed watching the show but I didn’t miss it. And soon one missed episode turned into four episodes. I haven’t watched The Walking Dead since the 2016 Presidential Election.

I will fondly remember the seasons I watched.

Listen people, it’s okay to walk away and let go then things go downhill.  I’ve done it with Dave Matthews Band, Pearl Jam, and Ryan Adams.  Wonderful television shows like Last Man on Earth and The Office also lost me along the way.

Our culture continues to benefit from a high point of television. The quality and quantity of shows available feels unparalleled in modern times. I have yet to watch all of Rick and Morty. I’ve only scratched the surface of Black Mirror. My daughters want me to watch Riverdale with them. My wife and youngest daughter adored This is Us.

There is soooo much quality television available. Why waste your limited viewing hours on The Watching Dead? It has jumped the shark. It’s D.O.A. It’s been great.

But I have to be honest, I’m breaking up with you. And I’d be lying if I said it wasn’t you, it’s me. Because it’s mostly you.