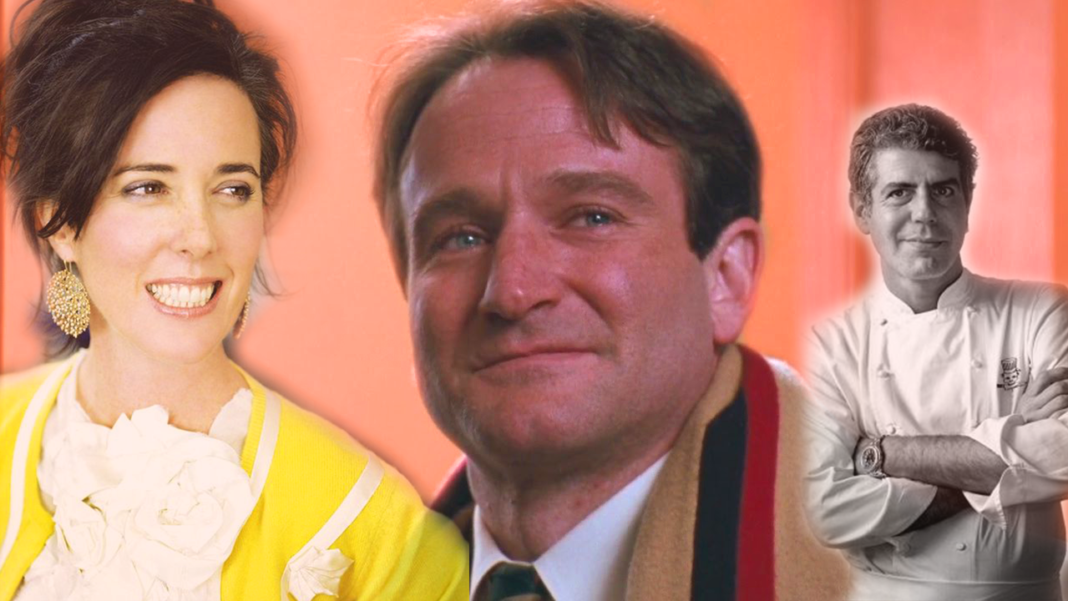 Celebrity suicides are not a new phenomenon in American culture by any means, but recent events have triggered an explosion of awareness and concern about mental health, depression, and suicide ideation among the famous, as well as the general population.

With Kate Spade and Anthony Bourdain both having ended their lives this past month, fans around the world have been left both confused and deeply saddened by the loss of the wildly successful and beloved handbag designer and chef-turned-television personality. In this episode, our panel of Shrinks shares their reactions to the news examines the cultural impact of these celebrities’ deaths and contemplates how we can begin to come together to move forward from these tragedies.

“two people, from the general population’s perspective, seemed to have it all, and it still wasn’t enough. I think that’s helped some people step back and say, ‘really, what’s driving our day-to-day lives… and what defines happiness and fulfillment?'”

In our Being Human segment, the Shrink Tank Podcast panelists discuss some of the latest findings on psychology in the news.

From its coverage across many movies, articles, textbooks, and documentaries, most of us are familiar with Philip Zimbardo’s infamous Stanford Prison Experiment, which led researchers to conclude that evil in people is brought out by circumstance, based on a simulation where paid participants were assigned roles as prisoners and guards in a mock prison at Stanford University. A new exposé by Medium exploring previously unpublished recordings of Zimbardo and participant interviews suggest the guards in the experiment were coached to be cruel, while prisoners may have deliberately dramatized their reactive behaviors.

From Sherif’s Robbers Cave studies on intergroup conflict to Milgrim’s Shock Experiment on obedience and authority, to the Stanford Marshmallow Experiment on delayed gratification in children, numerous classic psychological experiments have lately come under scrutiny for being fraudulent or outdated, with psychologists expressing serious concern about the replicability of these results today.

Our panel of Shrinks wrestle with their thoughts on why we’re just now second-guessing this research, and what the future of psychology may hold for us.

(You can find Zimbardo’s response to accusations of fraudulence here.)

In our Doctor’s Orders segment, our Shrinks talk products and other things they are personally enjoying in pop culture.

Dr. Frank Gaskill’s first suggestion for the week is to go seek therapy, having witnessed it produce effective results both in himself as well as countless clients over the years. He also reiterates his previous commendation for the SiriusXM app’s Premium services, available on the Apple App Store, Google Play, and Amazon, for exclusive access to a curated collection of hundreds of videos and interviews with his personal idol, Howard Stern.

Caddyshack: The Making of a Hollywood Cinderella Story

Dr. Dave Verhaagen’s recommendation for the week is Caddyshack: The Making of a Hollywood Cinderella Story by Chris Nashawaty, who writes film criticism for Entertainment Weekly. This fun book details the story behind how the hilarious film managed to overcome initially poor critical and box office reception to grow into the iconic cult classic we know it as today.

Questions or comments? Reply below or send us your thoughts at feedback@shrinktank.com. Your input could even be featured on the next episode of the Shrink Tank Podcast!