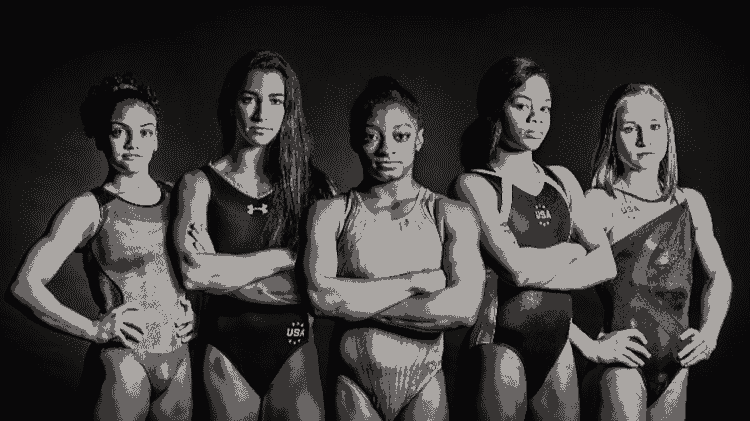 The modern Olympic Games, the games as most millennials know it, are a far cry from the original, Greek founded competition. Yet, even though this year’s Rio games (the XXXI Olympics overall) boasts 306 events, in 28 different sports (the original consisted of just one race, which covered the length of a stadium!), the allure remains the same. Just as the early Greeks championed the brute physical strength and mental acuity of the victors, today’s global audience is also fascinated by the limits to which the world’s best athletes can push themselves. In a way, the fact that the Greeks initially dedicated the games to Olympian gods, such as Zeus, continues to be embodied by the games, as the athletes continue to get bigger, stronger, faster, and more mentally chiseled every two years.

As this year’s summer games begin, spectators the world over will again look on in amazement as athletes from across the globe (207 nations will be represented!) put their years, and in some cases decades of preparation and practice to the ultimate test. Many observers will watch in awe of the athletes.  Some may wonder what could have been of their own athletic careers.  And countless others will zoom in and wonder how they could someday become an Olympian, competing on the world’s biggest stage. Many of the latter will become inspired and begin to dedicate countless hours to molding their bodies into god-like specimens. They will spend endless hours in the gym, on the track, in the pool, on the field, and in the weight room developing their physical skills and crafting their ability and talent into world-class athletes. Just look at any of this year’s Olympic athletes and you’ll see the result of the dedication, commitment, and sacrifice they’ve made to sculpt their bodies into physiques that would make even the most well-known Greek sculptures (think the discus thrower Discobolus) blush. Yet the physical training is often just the tip of the iceberg for these athletes, and often not even the determining factor of winning Olympic gold!

Olympic athletes, in nearly all events, are often virtually identical in terms of their physical ability. As such, it often takes more than just physical skills to win. The athletes, who consistently find themselves at the podium, tend to be those who have also committed themselves to developing their mental game. Although the mental aspect of sport is often over-shadowed by athletes’ physical ability, research within the field of sport psychology suggests that the mental preparation and usage of psychological skills by Olympic athletes provides them with numerous resources that are vital to their success. These include the ability to focus and manage distractions, maintain their confidence, “see” themselves being successful, regulate their arousal levels, and create a prepared plan of action. These “resources” are actually skills; in fact, research has suggested that they are some of the most important psychological skills that Olympic athletes can possess!

Many, both inside and out of the world of sport, believe that athletes, especially elite level Olympic athletes, are born with these skills and naturally possess that allusive thing called “mental toughness”. However, just as physical skills are developed and refined over time through practice, psychological skills can also be cultivated. In fact, one reoccurring theme within the research conducted on Olympic athletes is that psychological elements of success are not things that world class athletes possessed when they started their athletic careers. They were developed, over time, through a systematic process. 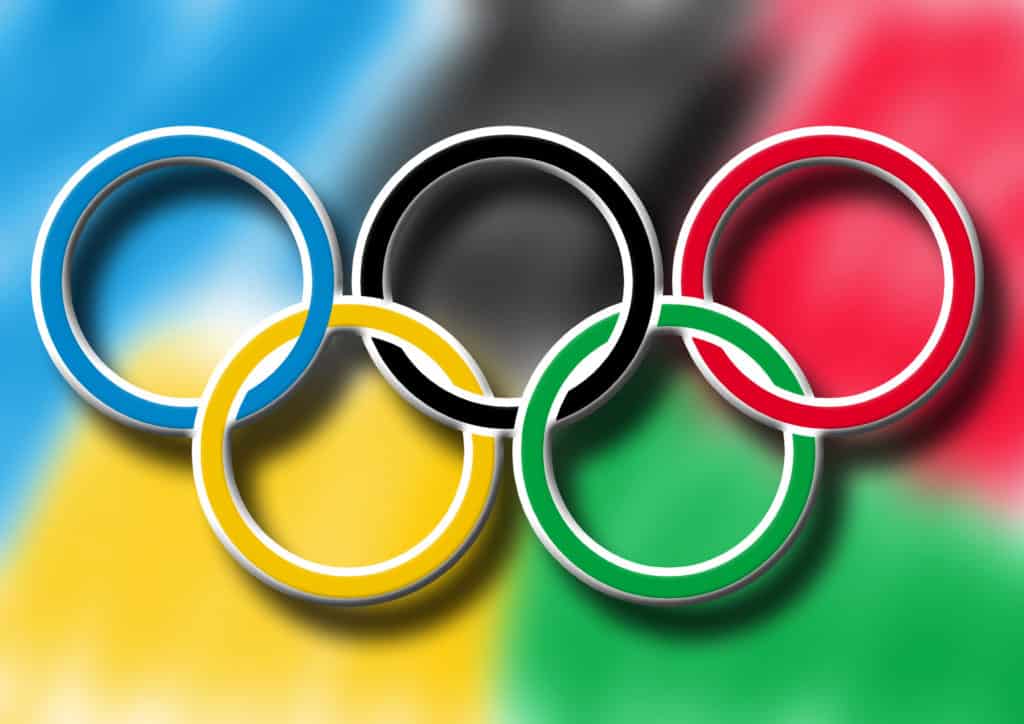 Highlighting the psychological skills that Olympic athletes consistently use to help them achieve sport success, is the goal of this three part series. Part one will discuss attentional control, part two will concentrate on confidence and using imagery as a form of mental practice, and part three will conclude by discussing the role arousal plays in sport and how being mentally prepared can translate into enhanced performance.  With a better understanding of how Olympic athletes use psychological skills, you too can begin to see the importance of laying the foundation of your own psychological skills, and developing your own mental game for success. Although the use of the skills discussed throughout this series will not guarantee you success, using these skills will put you in a position to maximize your potential for success!

The ability for an athlete to control his or her attention is essential for success in sport. This type of control begins by adopting a present focus (not thinking of past outcomes or future possibilities) and concentrating on the important elements of the task at hand. This, however, is often easier said than done, especially in such high pressure situations as the Olympics, when ANYTHING may be thrown your way. You may find yourself being booed; having things thrown at you, or fans may even use personal stories in the media or even personal fears against you. In the world of high level athletics anything is fair game!

As most of you are aware, one of the major concerns of the Rio Olympics is the possibility of contracting a mosquito carried virus called Zika. This fear was certainly present for Hope Solo, the goalkeeper for the U.S. Olympic soccer team. In preparation for the games, Solo said she would “begrudgingly” play in the games due to her concerns over the Zika virus. She even went so far as to tweet out a couple of photos; one showing an entire bed full of mosquito spray and other “protection” and another “selfie” of her head completely covered by a mosquito hat and her mouth hidden behind a bandana.  These tweets immediately resulted in a social media backlash against the goalie and the fans in attendance at the U.S.’s first match against New Zealand were anything but welcoming to her. As soon as the match started, fans booed Solo virtually every time she touched the ball. At one point, fans even started chanting “Zika” during her goal kick.

So, how was Solo able to overcome this distraction? The truth is that within sport there are constant distractions, which can easily take an athlete’s focus off of what is important, and place it on something that is irrelevant. The first step in dealing with these distractions is awareness. Being able to identify the things that distract you is the only way in which you can develop a plan of action to combat it, and this is what athletes do. They recognize both external (clock, scoreboard, crowd, etc.) and internal (thoughts, bodily sensations, etc.) distractions and then strategize ways in which to minimize them. 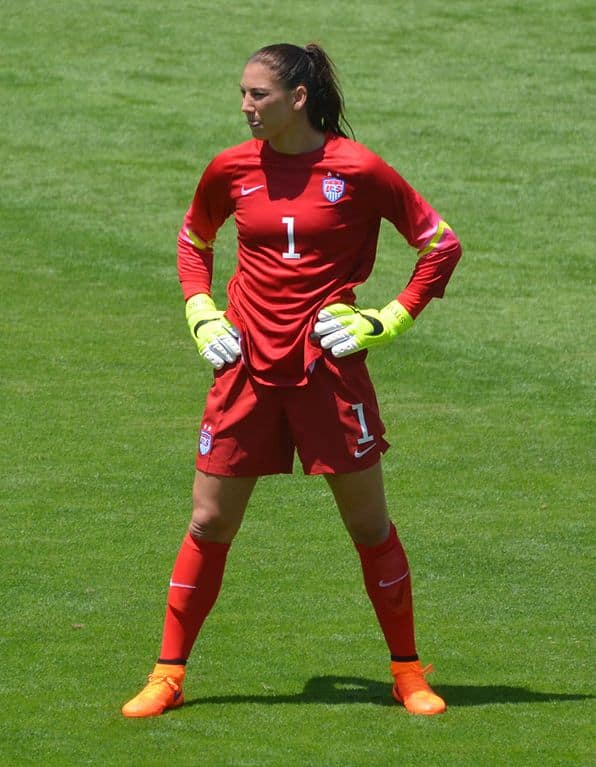 Ordinarily, we might assume that such distractions (not only the ZIKA chants but also the mosquitos themselves) would eventually “get inside the head” of an athlete and negatively impact his or her performance; and many times it does! However, Solo was prepared. She knew that her comments had not been well received and that she could expect blowback from the fans, especially the host Brazilian fans. One key to attentional control is to “controlled the controllables”, and a helpful strategy to use is to analyze the distractions in terms of what is and what is not under your control. If a distraction is something you can’t control, then thinking of it will only create more problems – problems which you can’t do anything about. Instead, focus your attention to what is under your control and use that to help facilitate your concentration onto what is important. Solo was aware that she had no control over what the fans would do, so instead she focused her attention onto what she could control, which was herself!

After the match, Solo even mentioned how her past experiences playing in hostile environments helped prepare her for this situation. She noted “I’ve played in Mexico before…I’ve played overseas. I mean, oftentimes it’s part of the football culture to boo the goalkeeper. I’m okay with that”. Her teammate, World Cup hero Carli Lloyd, echoed that sentiment by stating “We’re expecting that. We’re expecting boos and people yelling stuff. It doesn’t change our mindset. We stay focused on the game. I think Hope’s used to that…all around the world”. Thus, the result was not a decreased performance by Solo, but instead a shutout of New Zealand and an opening round, two nil victory, for the U.S. team!

By understanding the importance of creating an awareness of what distracts you and strategizing a plan of action to combat it, you too can begin to increase your attentional control. Keeping this in mind and remembering to “control the controllables” will help you bring your attentional focus back to where it needs to be (i.e., in the present moment and on what you can control), and consequently maximize your chances of success.

Part two of the series “The Psychology of Olympic Success” will continue by identifying the ways Olympian athletes build and maintain their confidence, and how they use mental imagery to facilitate success. You can read about it here. 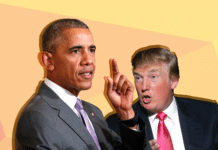 Should Athletes and Teams Refuse To Visit the White House? (POLL)