What came out of Donald Trump’s mouth during a campaign stop in Charlotte, North Carolina?  Did he admit that he can say the wrong thing?  Does Donald regret something he has said?

In his first speech since reordering his campaign leadership, The Donald told a crowd in the Queen City that he regrets some of what he has said, a rare admission from him that some of his campaign rhetoric has stirred controversy.

“Sometimes in the heat of the debate and speaking on a multitude of issues, you don’t choose the right words or you say the wrong thing,” Trump said in his speech. “I have done that, and believe it or not I regret it. And I do regret it, particularly where it may have caused personal pain. Too much is at stake for us to be consumed with these issues.”

He was not specific about what he regrets, but added that “sometimes I can be too honest.  One thing I can promise you is this: I will always tell you the truth.”

Without The Donald specifically citing the regretful remarks, Trump has left it to the general public to decipher what past remarks may have been too honest to the point of causing personal pain.

So what does Donald Trump regret saying?  Let’s take a closer look at his words.  First, he stated “in the heat of the debate.”  That points to something that The Donald said off-the-cuff, in the spur of the moment.  That rules out anything negative or critical he has said toward Hillary Clinton, Barak Obama, Megyn Kelly, Hispanics, Blacks, Women, Muslims, Rosie O’Donnell, etc.  Because the vitriol he has flung at those demographics or individuals has not been a one-time statement.  He has verbalized his disdain for them on numerous occasions in numerous speeches.

Well, if it isn’t something related to the individuals or groups cited, then what is The Donald referring to? After a deep dig of all that Donald has said in the past few years, here are a few quotes that Trump may now regret.

“Robert Pattinson should not take back Kristen Stewart. She cheated on him like a dog & will do it again – just watch. He can do much better!”

Nothing like the thrice-married Donald to chime in on infidelity, forgiveness, and the carnal cravings of canines.  I think he would have been better off if he had took a page from Will Ferrell’s handling of the Robert/Kristen controversy and left out the dog comparison.

“I have great respect for women. I was the one that really broke the glass ceiling on behalf of women, more than anybody in the construction industry.”

C’mon Donald, why do you have to disrespect men everywhere by acknowledging respect for women?  I know you must regret such a statement.  I appreciate you acknowledging that it was a man, you in fact, that broke the glass ceiling for women (lest they misbelieve they could accomplish such a thing on their own).  But please, Donald, remember that you do not have respect for women!.  I beseech you, stick to your pledge for honesty, like when you remarked on Carly Fiorina, “Look at that face. Would anyone vote for that?  Can you imagine that, the face of our next president? I mean, she’s a woman, and I’m not supposed to say bad things, but really, folks, come on. Are we serious?”

Or when you tweeted about Ariana Huffington, saying,

.@ariannahuff is unattractive both inside and out. I fully understand why her former husband left her for a man- he made a good decision.

Or when Trump told New York Magazine in 1992 how he thinks you should act with women: 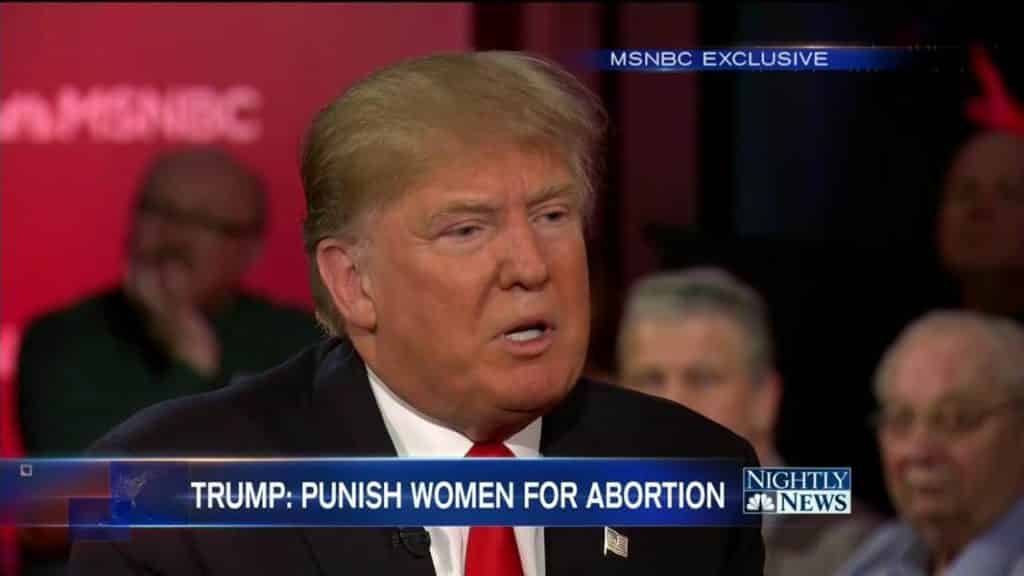 You have great respect for women?  Be careful with what you say.  Be careful!

“I will be the greatest jobs president God ever created.” 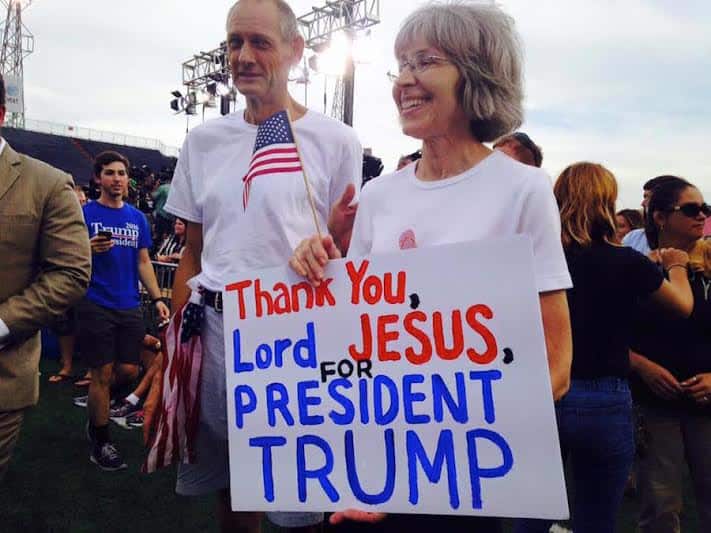 Have you ever heard of the Bible verse, “Jesus wept?”  I wonder how often God rolls His eyes and thinks to Himself, “Please leave me out of this!” 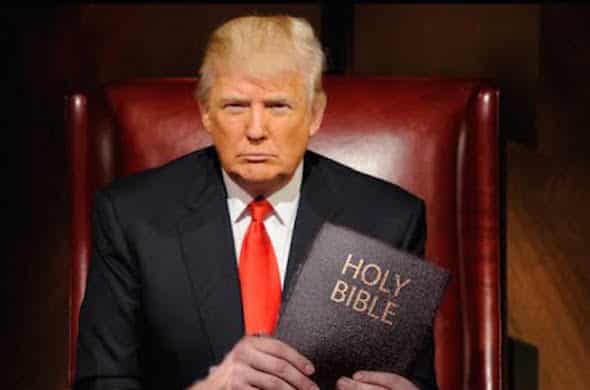 I’m surprised more people haven’t asked hard hitting questions about this quote.  Why?  Because it’s the clearest proof that Donald Trump is not human.  That’s right, The Donald isn’t just an illegal alien but an “Alien” alien from another planet.  This nonsensical gibberish has to be a momentary malfunction in his memory wipe we have to assume he underwent before getting placed on this planet.  I guess every now and then a few phrases in his native tongue slip out.

“I’ve said if Ivanka weren’t my daughter, perhaps I’d be dating her.” 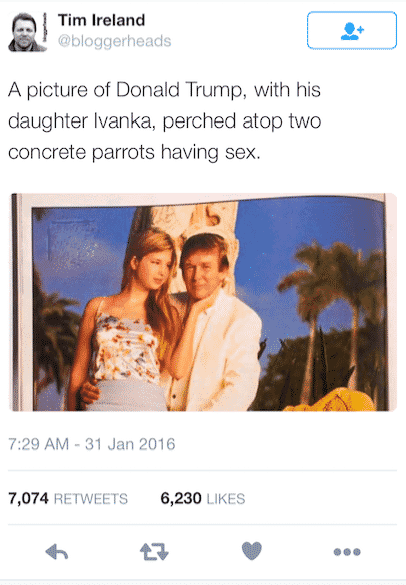 I’ve watched a lot of video clips of the two of you together Donald.  I’ve heard Ivanka talk about you.  There is a weird vibe going on.  So why would this quote be the top soundbite you regret?  Well, I don’t think the statement caused Ivanka any personal pain.  I think it causes you personal pain … that you have never dated your own daughter.  But don’t worry, there is time to rectify this blunder.

Check out other Donald Trump articles by Jonathan Hetterly

The Psychology of “Asians For Trump”