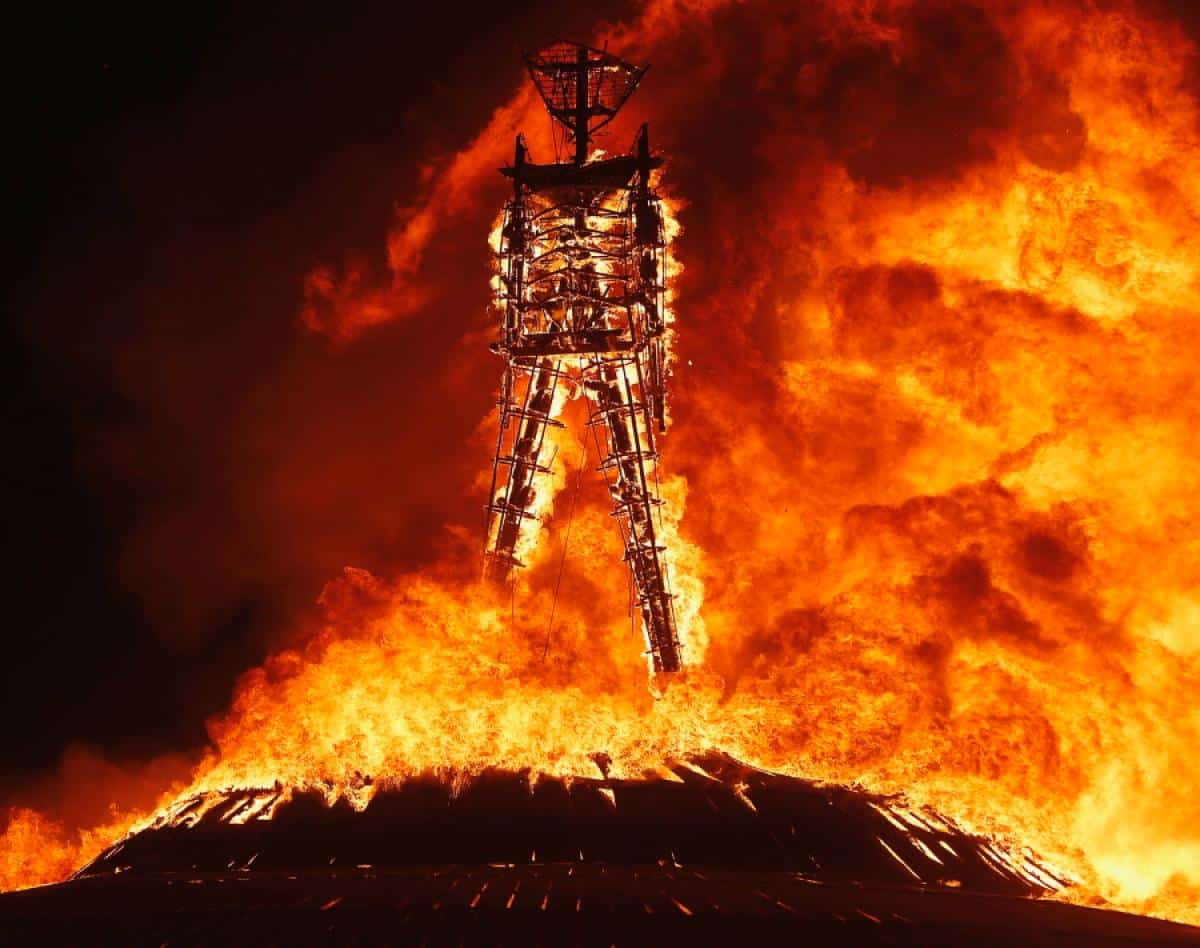 Can Burning Man and EDM Sustain Their Popularity? Or Are Their 15 Minutes in the Spotlight Up?  A Look At the Successes and Struggles on its 30th Anniversary.

Burning Man, which started in 1986 as tiny bonfire gathering near San Francisco, is celebrating its 30th anniversary in the Black Rock Desert of Nevada.  Running from Aug. 28 to Sept. 5, the website claims that “Burning Man isn’t your usual festival. It’s a city wherein almost everything that happens is created entirely by its citizens, who are active participants in the experience.” 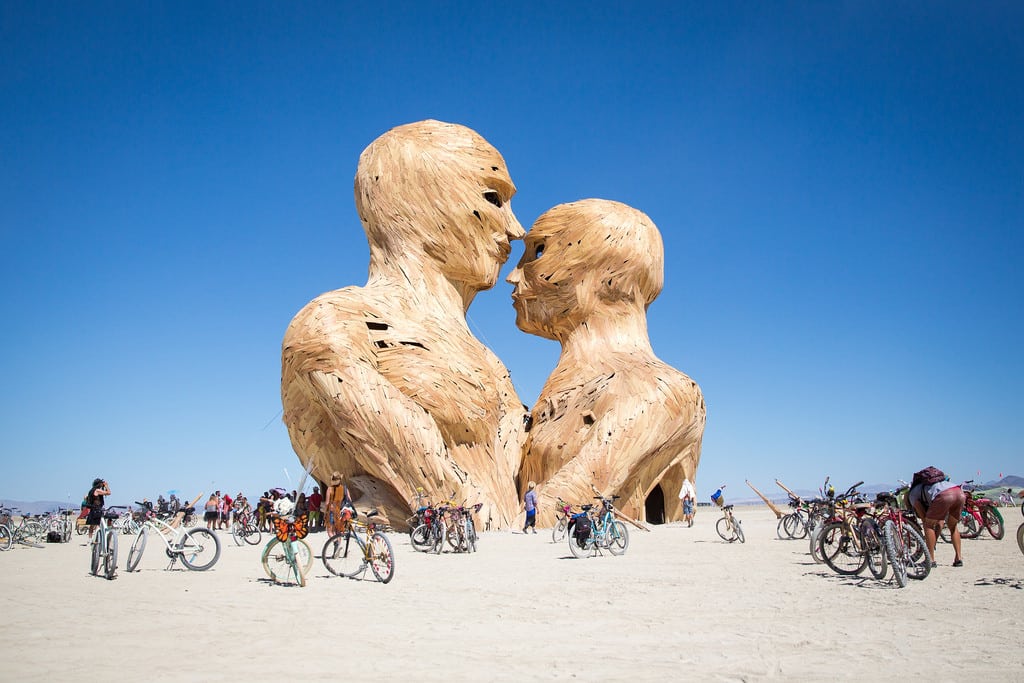 Dedicated to art and community (and abandonment of inhibitions), this counterculture festival now draws in excess of 70,000 participants. Burning Man is one of many EDM (electronic dance music) related experiences, although now every major music festival seems to have an EDM element to it even if it’s not an EDM festival.

Who Knew EDM Was at the Top?

The rise in Burning Man’s popularity and growth mirrors the surge that EDM has seen in recent years. The sounds and music that represents EDM has been called by Rolling Stone, “the sound of the millennial generation, the music defining youth culture of the 2010s. Rooted in American techno/house and ’90s rave culture, electronic dance music has evolved into the biggest moneymaker on the concert circuit.”

Globally, it is the biggest music genre and music movement around. And there is no bigger producer/DJ associated with EDM than Calvin Harris. The former beau to Taylor Swift, Harris actually earned more for his music related endeavors in recent years than his superstar ex-girlfriend. It is estimated that Taylor Swift earned just 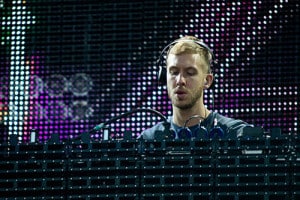 under $40 million in 2014 (only for music related revenue). Calvin Harris, the Scottish singer, songwriter, record producer, remixer and DJ, earned $66 million in 2014. Harris is now the highest paid DJ, surpassing Tiesto both in annual and overall net worth. Harris’ $110 million net worth ranks #1 among producers/DJ’s, with Tiesto at #2 ($105 mil.) and Avicii at #3 ($75 mil.). Who would have ever thought that Taylor would date someone who could or should pick up the tab for their meals and entertainment?

But now that EDM is at the top, where does it go from here? Will it continue to grow or has it peaked? And how long can it sustain its level of popularity?

[mks_pullquote align=”left” width=”300″ size=”24″ bg_color=”#ffffff” txt_color=”#000000″]”EDM has been called by Rolling Stone, ‘the sound of the millennial generation, the music defining youth culture of the 2010’s'”[/mks_pullquote]For the millennial generation, it’s not just EDM but EMC, electronic music culture. That’s the key finding from the Electronic Music, Technology and Youth Culture Study which surveyed a total of 437 Beatport users in the US. Those surveyed shared their thoughts and feelings about EDM, festivals, technology, and brands. The biggest takeaway from the study is … EDM isn’t just a genre, it’s a way of life. The majority of EDM fans report that EDM has created a culture that is bigger than the actual music and believe it’s a defining aspect of their generation.

All music lovers can probably relate in one way or another to that feeling and belief; when music was more than just a sound, it was a statement and an identity badge. Grunge was that major movement in the 90s. Punk held the same position in the 70s. There have always been major music movements and moments that rose above others. Think of the British Invasion, or the summer of love in 1968. Some went from movements to mainstays of the music industry, as Big Star sang in their classic song Thirteen, “Rock n’ Roll is here to stay.” Others flamed out quickly and became footnotes rather than staples, disco being the classic example. And with each movement, two things always occur; (1) the young tend to embrace as the elders scoff, and (2) the more popular a movement becomes, the quality of the product tends to dilute as knockoffs and second tier entertainers hop on the bandwagon.[mks_pullquote align=”right” width=”300″ size=”24″ bg_color=”#ffffff” txt_color=”#000000″]“EDM is more than music; it encapsulates a movement that has very deep roots.”[/mks_pullquote]EDM is no longer underground; it is the mainstream. So how does that change its culture? What happens when mainstream pop artists increase collaborations with producer/DJs? History shows that teens and youth are very protective of their cultural movements.Can

Burning Man: Can Mainstream Be Counterculture?

Can Burning Man still call itself a counterculture festival? Can Burning Man become too popular for its own good? What happens when a “participant-created community experience” starts to attract the affluent who pay “sherpas” (really concierges) to personally cater a person’s experience when the point is to exercise self-reliance and self-expression? When frat boys, drug enthusiasts, and others who do not share the philosophy behind Burning Man (there are 10 principles of Burning Man) come into the fold, does the experience start to become something totally different?

Electronic dance music has come a long way since its origins as an underground party business. EDM is essentially the same age as hip-hop, but all the variations of electronic music have only recently broken into the mainstream in the United States. EDM is one of the few music movements where the U.S. has been playing catch up the rest of the world, where its prominence has been well established. Dance music has rich roots that stem from many difference sources; the black, gay underground clubs of Chicago, the upscale Detroit teen-party scene and the electronica music of the nineties. The rise of the internet, the collapse of the record industry, and the reliance of technology, computers, and cellphones to transmit and share music has all created the perfect storm for electronic dance music becoming the global youth soundtrack three decades after the advent of the sound.

I think one of the major reasons that EDM has become so big is in no small part to the rise of technology. Electronic dance music has grown in tandem with the internet and all its luxuries – message boards, chat lines, social media.

[mks_pullquote align=”left” width=”300″ size=”24″ bg_color=”#ffffff” txt_color=”#000000″]”History shows that teens and youth are very protective of their cultural movements”[/mks_pullquote]Young people are still picking up guitars and learning to create their own music through traditional instrumentation. However, there is a large contingent of today’s youth that are turning to their laptops to create sounds, beats, and music. The can take their phones, tablets, or laptops anywhere and share their musical creations. The advancements of technology has allowed a whole new generation of young people to explore their musical and creative sides – and EDM has been one of the biggest benefactors.

The millennial generation has claimed EDM as their own and like EDM, today’s youth are reliant on technology as a means to define and set themselves apart from their elder statesman. Social media platforms are no longer used to transmit random information or reposts from peers. The youth of 2015 select specifically catered information to post that will contribute to the overall image they wish to convey online. The year 2015 has now seen an amplified shift away from using social media as a platform to connect or share with peers and family. Youth culture now sees social media as a platform to market personal brands and increase personal brand equity. Today’s youth see themselves as a larger brand to promote and market. 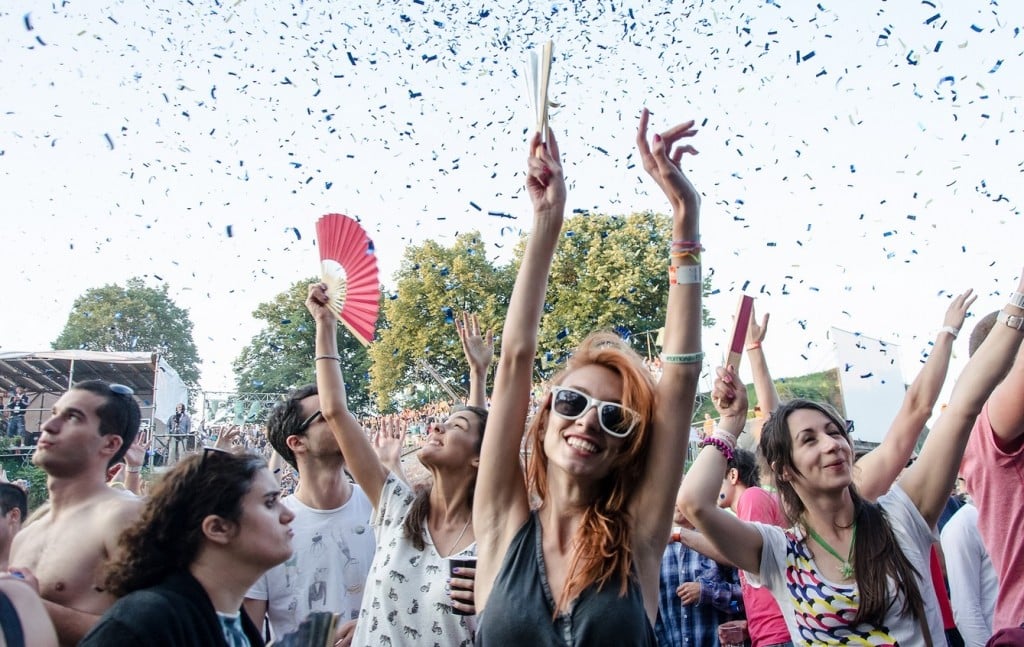 Where Do We Go From Here?

So where does that leave EDM and festivals like Burning Man? It’s difficult to gauge whether the onslaught of mainstream acceptance and getting in bed with corporations and mainstream pop artists will turn off the faithfully devoted. If it fades, it wouldn’t be the first youth musical movement to climb to the top only to see its time run out.