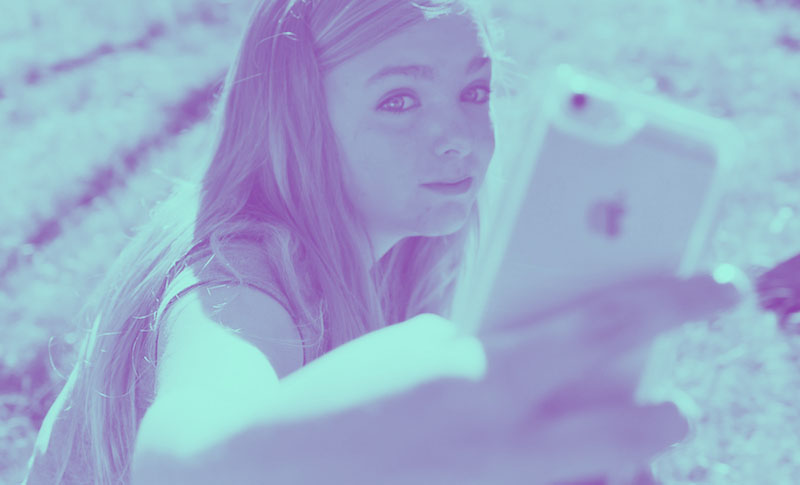 Is middle school truly the worst? Maybe… But the film ‘Eighth Grade’ by the first-time director Bo Burnham may be the best film so far in 2018.

Go figure.  My wife and I are enjoying an evening out while our two teen daughters are on vacation with their grandparents.  It’s quality time for the married couple. And what do we do? We go watch Eighth Grade, the debut film from writer-director Bo Burnham.  It was impossible not to be thinking about our own kids and roles as parents as we watched this painfully honest depiction of the modern American family.

There is much to admire and praise about this film.  Burnham makes some bold choices in his directorial debut.  Elsie Fisher is sensational as the lead, Kayla. The soundtrack by Anna Meredith is fantastic.

But I must disclose that my thoughts and opinions about this film may be compromised. As the father of two adolescent daughters, so much of this film felt eerily familiar. No, I can’t say our family has experienced the same events and circumstances as Kayla.  But the mood, the tone, and the raw feelings expressed between parent and child echo the last several years of my life.

It can be unsettling when you watch mundane events unfold on the big screen that evoke unbearable insecurities, worries, and sadness.  You’ve been warned: the cringe factor is extremely high for Eighth Grade.

A simple start turns into a fully fleshed story.

A few years back, comedian Bo Burnham started writing a script based around mobile phones, social media, and modern teenage life.  It started out as a multicharacter piece. However, one of the characters he created, a middle-school student, was so compelling to the him that Burnham decided to build the entire story around her.

It became Eighth Grade, the story of Kayla (Elsie Fisher), a shy and lonely 13-year-old about to enter high school and living with her single dad.  The film follows Kayla as she spends a substantial amount of her free time online, adorns her online profile, and posts daily videos online that provide inspiration and advice to struggling teens.

It is the directorial debut for Burnham, a comedian who shot to early fame as a teen comic who heavily built his fandom and career on YouTube.  He most recently appeared in The Big Sick as one of Kumail Nanjiani’s friends also laboring in the stand-up community.

His background in comedy serves Eighth Grade well.  The laughs are plentiful.  But this film is far from a comedy.  Determined to capture the awkward angst, confusion, and fear of adolescence, Burnham found the perfect actress to embody the sweet success and harrowing hurt of the teen years in Elsie Fisher.  Her performance is quite simply, achingly stunning. It helps that she is an actual age of her character.

Quite simply, Fisher looks and acts the part. You’d be forgiven if you felt like you were watching a documentary.

Together, Fisher and Burnham create a mood that transports the audience back to what it’s like to be 13, the desire to want to be different so very badly, and the universal rush to be older with the promise that things are only better later on in life.

Living a ‘false’ or ‘fabricated’ life.

Eighth Grade opens with Kayla’s YouTube video advising others about ‘being yourself.’  The dichotomy is not lost in the fact that she stumbles over her words. Kayla speaks of the importance of being who you really are, even though her videos don’t depict the honest, true Kayla.  The shy teen has no idea who she is yet. All she really knows is she wishes she were anyone other than herself.

It’s not easy being teen … or the parent of a teen.

I have previously written about teen and ‘coming-of-age’ films, and many of the best movies that tackle these formative years invest time in creating full-fledge adult characters [Best High School Films for the Modern Millennial]. So often, the parents in teen movies are thinly drawn characters who are either don’t understand their kids or are employed for comedic effect.

“Fisher and Burnham create a mood that transports the audience back to what it’s like to be thirteen.”

Kayla’s father, Mark (sensitively portrayed by Josh Hamilton) is trying really, really hard to love her and be an important person in her life. In one particularly funny scene, Mark follows his daughter around the mall without her knowledge.  And in one of the tenderest scenes of the film that cries out ‘parenting moment of the year,’ Mark assuages Kayla’s fears that she’s a disappointment to him by confessing his own anxieties about whether he’s doing a good job raising her. The confession of those shared fears and insecurities seems to help them both, bringing them closer to one another.

RELATED: Should My Teen See ‘Eighth Grade’ Despite its R Rating?

Many parents may never get the chance to deliver such a tender and truthful rebuttal to their kid’s insecurities.  But I certainly related to Hamilton’s character and his own insecurities about how much impact he had on raising his child.

Growing up in the age of anxiety and social media.

Kayla will feel familiar to many teens and parents of teenagers.  She is awkward and appears to have no friends. She is, however, very active on social media.  The film is clear, but not preachy, about how Kayla is both informed and twisted by the chasm between her created persona online and her actual real life.

Kayla wakes up, checks her phone, and puts on her makeup before getting back in bed and proceeding to take filtered Snapchat photos with the caption “I woke up like this, ugh.” Kayla takes numerous selfies and posts them on social media because she has no face-to-face social life. She is far more confident and determined when speaking into the camera than she is among her peers.

“You’d be forgiven if you felt like you were watching a documentary.”

Behind the façade of her YouTube videos, Kayla is a study of teen anxiety and its debilitating effects on this generation of teenagers.  One of the characteristics of anxiety that plagues Kayla is the degree of self-criticism and judgment she levels at herself. When ignored, Kayla’s mind automatically goes to thoughts about what she’s doing wrong and that she’s at fault.  The amount of drama playing inside her head is a common characteristic shared by many of today’s teens.

Anxiety as an autobiographical character arc.

The 27-year-old Burnham has publicly spoken about his personal struggles with anxiety during his adolescence and young adult years. The 27-year-old was in and out of hospitals during high school. The chronic stomach pains were originally thought to be gastrointestinal disease. Only later did Burnham realize that it was actually anxiety that was making him physically ill.

“I think the path to getting better and slowly breaking free of these feelings starts with accepting them.”

He has also experienced panic attacks before some of his early stand-up shows. The character of Kayla was partially inspired by that period in his early 20s.  Burnham shared in an interview for NPR, “I was feeling a very acute anxiety from my job of performing,” he says. “And then I would talk about those problems in that circumstance onstage, and afterwards kids—14-, 13-year-old girls— would come up to me and say, ‘I know exactly what you’re going through. I’m going through it, too.'”

Elsie Fisher also has a personal connection with anxiety and recently wrote a lengthy piece for Teen Vogue about her own struggles. 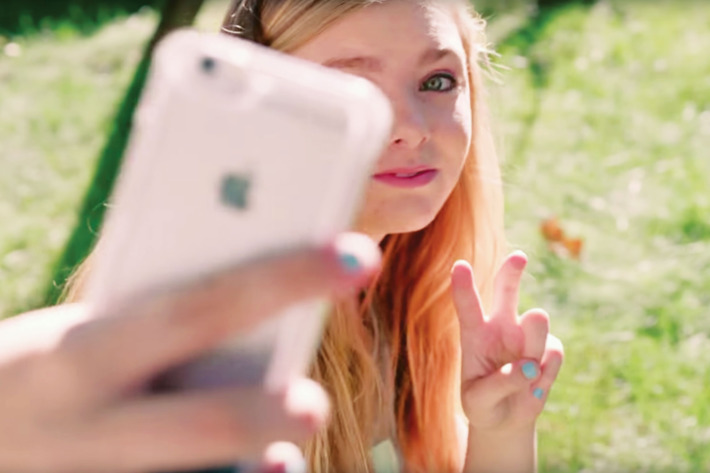 Starting in childhood, “For the longest time all social situations freaked me out on a very deep and personal level, and I constantly asked myself why I felt this way and if anyone else ever felt the way I did.”  Turning to the internet, “many things started to make sense after I rediscovered this word [anxiety].” Fisher revealed she still suffers from panic attacks, but that she’s “OK with that. I think the path to getting better and slowly breaking free of these feelings starts with accepting them.”

The film carries an unfortunate R-rating in the U.S.  I strongly disagree with the MPAA’s decision. In a time when #MeToo and inappropriate sexual behavior is a part of the national conversation, Eighth Grade provides a frightening scene that should provoke serious thought and conversations between teens and adults.  The theater I saw the film in was full of underage teens viewing the film with their parents. I was encouraged by their attendance.

Despite the timeliness of #MeToo, anxiety, and social media, Eighth Grade succeeds because it captures the timeless and universal pain of loneliness, insecurities, and dreaming.  It is one of the best films of the year.