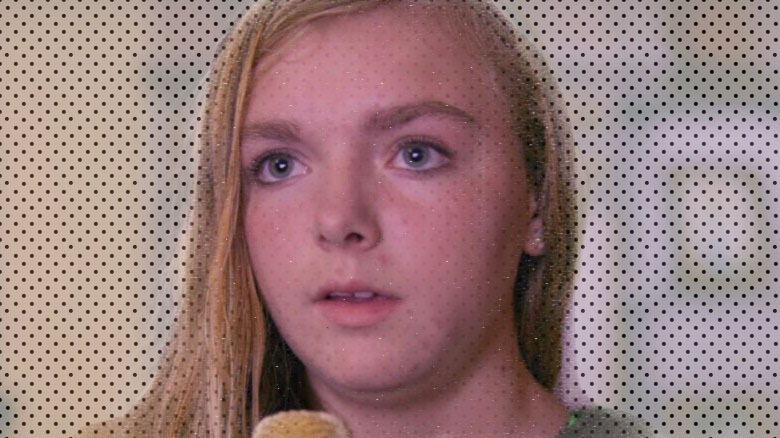 I recently watched Bo Burnham’s debut film, Eighth Grade. It is a remarkable accomplishment for a first-time director. The story centers around a teen girl named Kayla (Elsie Fisher) as she navigates the last week of the eighth grade before moving up to high school. I found the film to be poignant, emotional, and hopeful for parents and teens who find themselves navigating this tumultuous period.

The tone and mood of the movie mirror a lot of the emotion my family has experienced during these teen years.

But while many teens in the US would likely relate to the movie’s heroine, it may be impossible for them to see the movie in theaters unless they’re at least 17 or accompanied by a parent or guardian.

That’s because the Motion Picture Association of America (MPAA) gave the film an R rating for “language and some sexual material.”

I have two teenage daughters and they have both watched R rated films. Most of them have been with their parents. Some have been with friends. But as a parent and a mental health professional, I try to avoid black and white positions that don’t allow for flexibility and exceptions. Plus, not all ratings are created equal, and not all mature content is the same.

I am disappointed that the MPAA gave Eighth Grade an R rating.

My disappointment is strong and I urge parents to not immediately close the door on taking your underage kids to see Eighth Grade. As a piece of pop culture entertainment, Eighth Grade can be a jumping off point for lots of topics of conversation. But the very thing that obtained the film its R rating, the sexual material in the film, those are the scenes I want my daughters to watch…for their benefit.

I strongly disagree with the MPAA’s decision. In a time when #MeToo and inappropriate sexual behavior is a part of the national conversation, Eighth Grade provides a frightening scene that should provoke serious thought and conversations between teens and adults. The theater I saw the film in was full of underage teens viewing the film with their parents. I was encouraged by their attendance, and I hope my daughters are open to seeing the film.

“As a parent and a mental health professional, I try to avoid black and white positions that don’t allow for flexibility and exceptions.”

As a mental health professional that spends a moderate amount of time addressing parenting issues with families, I never want to take away from parents their right to raise their children the way they see fit.

However, I am often baffled by many parents whose fears about mature issues often results in an overprotective shield around their children. And while they may feel like they are protecting their children from these mature topics, parents are also missing out on the opportunity to engage in real dialogue with their teens about these weighty issues.

Curiosity about sex and experimentation is a normal and healthy part of the adolescent experience.  It’s not lost on Burnham that, technically, middle schoolers aren’t able to see his coming-of-age drama that captures what it’s like to be them in this digital age.

“I didn’t want to make it R-rated,” Burnham told Variety. “I just wanted to portray the way kids’ lives are. It didn’t feel like our responsibility to portray the reality that we felt was appropriate for kids.”

That’s part of the rationale behind his refusal to edit the film down to a PG-13 rating by cutting out certain swear words or a vaguely sexually suggestive scene where Kayla Googles how to give a blow job, and subsequently gets grossed out. “The movie’s not exposing them to anything they’re not already aware of,” Burnham tells Quartz.

I tend to side with the director’s position.  Most teens do not live in a PG-13 world. My daughters and I love to watch the animated show Rick and Morty and it is filled with coarse language and sexually suggestive content.  And that’s an animated show with low value when it comes to commentating on the trials of today’s teens. The sexual content in Eighth Grade serves a significant purpose and has high value to the viewer.

The sexually suggestive material is a missed opportunity for teens and parents to discuss together.

The first scene revolving around sex is awkward and cringy, but there is an undertone of humor to it. In a vaguely sexually suggestive scene, Kayla Googles how to give a blow job, and subsequently gets grossed out.  The whole scene is quite harmless and instead serves as a reminder of where kids go to learn about sex if they don’t have close adult relationships to turn to for answers.

The second scene addressing sexual issues is quite serious, quite scary, and is essential viewing for all parents and teens.  The tension and dread rivaled anything I watched in A Quiet Place or Hereditary, because it felt real and likely to happen to anyone.

Things take a turn for the better when a kind older girl, Olivia, becomes Kayla’s first real friend. Olivia and her pals are about to graduate from high school, but they let Kayla tag along with them to the mall.  A series of understandable events results in Kayla getting a ride home with her new group of friends. And then suddenly, in a blink of an eye, she finds herself alone with Olivia’s friend Riley (Daniel Zolgahdri). He pulls over, gets in the backseat with her, and instigates a fraught game of truth or dare with this nervous girl who is four years younger than him.

The tension and dread in the scene addressing sexual issues rivaled anything I watched in A Quiet Place or Hereditary, because it felt real and likely to happen to anyone.

After a few minutes of insinuations, Riley asks Kayla, who we assume has never kissed a boy, how far she’s gone sexually.

“Third base,” answers Kayla, although she immediately backtracks and admits, “Second base.”

Riley takes his shirt off and asks Kayla to tell a truth or pick a dare. When she chooses to tell a truth, he tells her “You’re no fun,” until she consents to the latter.

“Take your shirt off,” he says to her.

Kayla is visibly uncomfortable.  She’s thirteen, inexperienced, and feels trapped in the car with an older boy in the middle of somewhere.  She has no idea what to do. Much to the relief of the entire theater audience, Kayla protests and refuses to take off her shirt.

Riley, most certainly pissed off and dejected, puts back on his shirt and returns to the driver’s seat.  Almost immediately, Kayla begins to apologize to him, feeling like she’s at fault for the situation.

“I’m really sorry,” she says, over and over.

“I was trying to help you,” Riley retorts, telling Kayla that if she had gone all the way with him, he could have saved her from embarrassment later in life. Now, he claims, she’ll be bad at sex when the time comes, and whoever takes her virginity will surely make fun of her afterward.

Elsie Fisher and Bo Burnham together have provided parents and teens an eerie scenario of sexual confusion, pressure, consent, guilt, and victim-shaming.  It is a scene that I believe parents shouldn’t shield from their kids.

“I would love kids to be living in a PG-13 world,” Burham has said. “They just aren’t, but I promise it’s exposing kids to nothing they aren’t already aware of.”