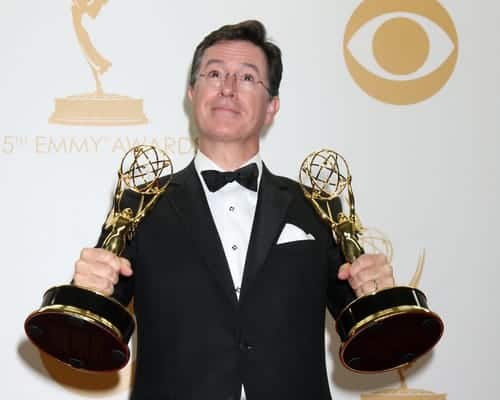 Predicting the Emmys is a bit of a fool’s game. There are some basic principles to follow, like Modern Family and Julia Louis-Dreyfus and Allison Janey will always win. At the same time, there are winners that seem completely insane, like when The Practice beat The Sopranos for Best Drama or Picket Fences beat NYPD Blue. Still, it’s a fun game to play.

There was certainly some great television this year with lots of deserving winners and nominees. Here’s who I pick to win in some of the major categories:

It’s a horse race between Mad Men and Game of Thrones. My money is on Game of Thrones, even though Mad Men signed off this year and may be the sentimental favorite.

If Modern Family wins, it will have won the most of any comedy series ever. Many would like to see that happen, but others are favoring Veep. I think you have to bet on Modern Family.

Best Actor in a Drama:

Jon Hamm has never won as Don Draper and this is his year to do it. He’s a safe bet.

Best Actress in a Drama:

Consider this a race between Viola Davis and Taraji P. Henson with Davis winning by a nose.

Best Actor in a Comedy:

This one seems to belong to the great (but Emmy-less) Jeffrey Tambor for his performance in Transparent.

Best Actress in a Comedy:

Julia Louis-Dreyfus is likely to pick up her five thousandth Emmy for her performance in Veep.

Best Supporting Actor in a Drama:

This is one of the more interesting races of the night. It could go one of three ways, including to Peter Dinklage for Game of Thrones, but I think it will be close between Better Call Saul’s Jonathan Banks and Bloodline’s Ben Mendelsohn. My bet is Mendelsohn will take it.

Best Supporting Actress in a Drama:

This one could truly could in any direction. My hunch is that Uzo Aduba from Orange is the New Black will take it, though I would personally vote for Lena Headey as Cersei on Game of Thrones.

Best Supporting Actor in a Comedy:

Best Supporting Actress in a Comedy:

Allison Janey will win her 10 billionth Emmy for Mom. Anna Chlumsky is probably the only one with a chance of beating her this year.

Will The Colbert Report get it for their final season? Same goes for The Daily Show with Jon Stewart. Ditto Late Show with David Letterman. Or will they give it to Jimmy Fallon for reinvigorating the genre with fun and games? Any of these would be good guesses. My gut says that John Oliver will get it for Last Week Tonight. Don’t bet the farm on it, though.

So there you have it. The best Emmy predictions you’ll find on this website! Let’s compare notes on Monday.