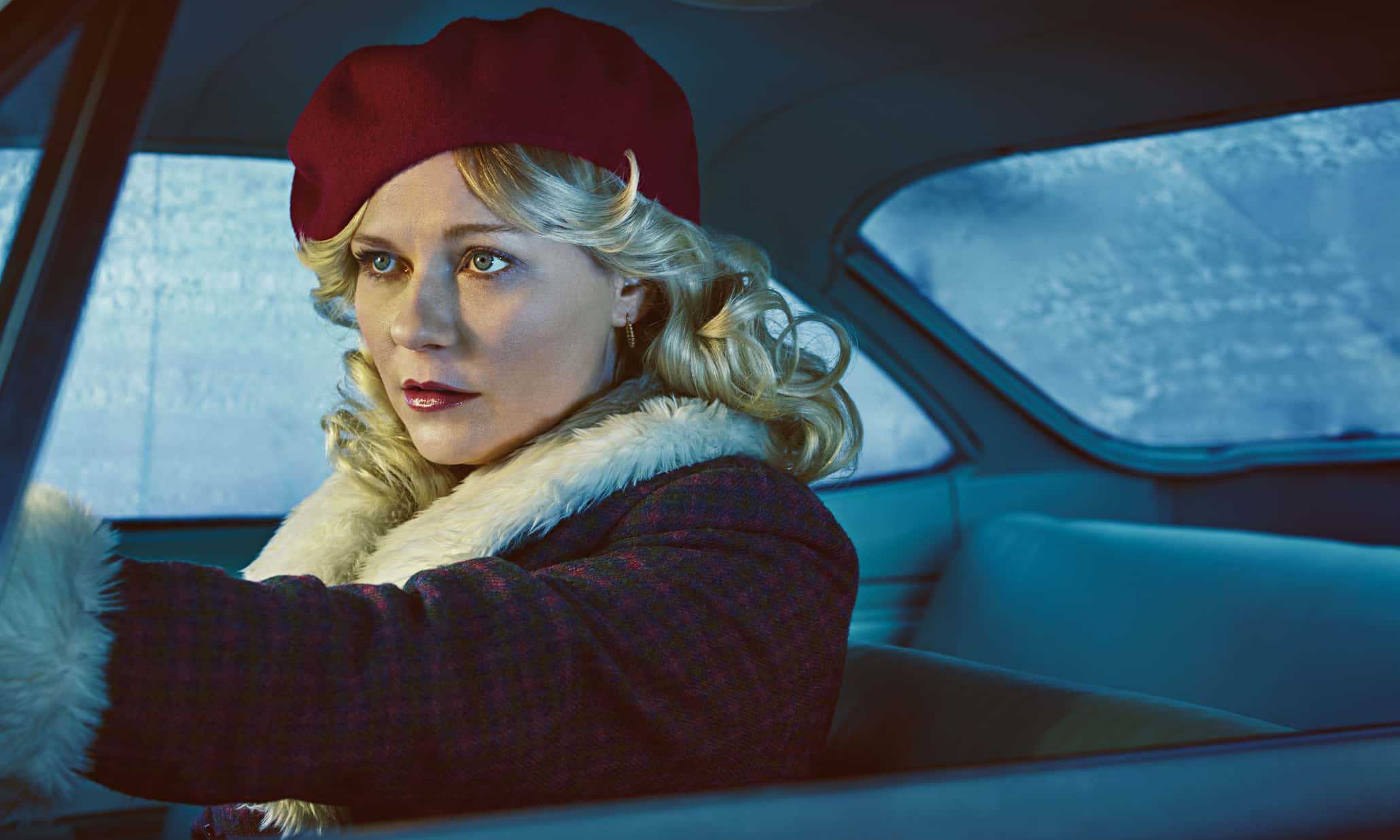 While True Detective May Get the Buzz, Fargo Actually Delivers the Goods!

True Detective and Fargo premiered months apart in 2014.  Both turned out to be masterful shows that married unforgettable characters with suspenseful storylines. And the cast of both shows was made up a plethora of established actors not often seen together on the small screen.  True Detective had Matthew McConaughey’s Rust Cohle and Woody Harrelson’s Mary Hart teaming up as one of the greatest police partners in the history of television.  Fargo had Martin Freeman’s Lester Nygaard pitted against Billy Bob Thorton’s sinister Lorne Malvo.  Add to the mix Allison Tolman’s breakout performance as Molly Solverson on Fargo, and the two shows created some of the greatest television performances in recent history.

Although neither show was fighting one another for ratings or acclaim, it was inevitable that True Detective and Fargo would be compared to one another.  Similar to Star Wars vs. Star Trek or The Beatles vs. The Stone, critics and viewers enjoyed comparing the merits of each show and their respected showrunners, Nic Pizzolatto and Noah Hawley.

Now I must confess, while I greatly enjoyed both upon their initial release, I thought Fargo was the superior show of the two.  As unforgettable as Rust Cohle was as a television character, I thought the tension and atmosphere of True Detective was no match for the quantity of strong points that Fargo was able to hit with relative ease.  Noah Hawley’s assured writing and direction suggested a degree of vision and maturity beyond his entertainment resume.  I thought Fargo was the best show of 2014 and so far its second season is shaping up to be the best television show of 2015.

When the second seasons of both shows were announced, I wondered if either would be able to replicate the success of their inaugural seasons.  The second season casting immediately got me concerned.  Vince Vaughn, Colin Farrell, Rachel McAdams, and Taylor Kitsch all underwhelmed me when their casting was announced.  Likewise, when Patrick Wilson, Kirsten Dunst, Ted Danson, and Jeffrey Donovan were cast for season 2 of Fargo, I didn’t immediately think “they’ll be perfect for the show”.

My reservations about the casting soon turned into full blown disaster when the second season of True Detective finally aired.  It remains one of the more colossal disappointments in recent television history.  It seemed like everything that went right for McConaughey and company went south for Farrell and friends. 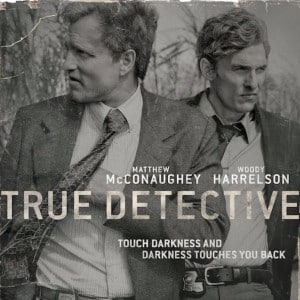 So naturally, the failure of True Detective only elevated my worries for Fargo. But I’m here assure you that I was wrong to ever worry or doubt that Noah Hawley would turn in anything but an assured and masterful piece of art.  The second season of Fargo is a smashing success and succeeds in all the ways that True Detective failed.  So why aren’t more people talking about Fargo?  Here are a few examples of why this season of Fargo is a smashing success while True Detective’s second season was a colossal disappointment.

Unfortunately, my fears about the casting of Vaughn, Farrell, McAdams, and Kitsch all proved true.  Granted, they weren’t given great material to begin with, but their performances felt off the entire season.  The actors could not create fully fleshed out, three-dimensional characters.  Perhaps it popped out on the page, but it did not translate onto the screen, and for that, all the actors share some of the blame.

Surprisingly enough, my reservations about a number of the casting choices for Fargo have proven to be unfounded.  I had faith in Jean Smart pulling off whatever role she was given, but I had concerns about Kirsten Dunst, Patrick Wilson, and Ted Danson.  They have all performed admirably and exceeded my expectations.  But the biggest surprise for me has been Bokeem Woodbine’s Mike Milligan, this season’s Lorne Malvo.  Although an ancillary character, Woodbine has infused Mike Milligan with menace and levity that should be rewarded with an Emmy nomination. 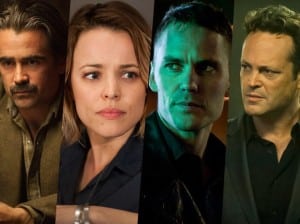 The characters in Fargo are ordinary folks who find themselves in complicated situations.  Some are stupid, others are weak or stubborn.  But all have enough endearing qualities that you find it easy to care about them and wonder what will become of their characters.  I never was able to bond or connect with any of the lead characters of True Detective Season 2.  It was almost as if they were trying to force me to relate or root for them against my own will.  There is such a thing as too much anti, not enough hero.  I’ve not had that problem with Fargo.

Probably one of the biggest shortcomings of True Detective is its lack of quality writing and development for its female characters.  Michelle Monaghan was not given much to do with her marginalized role of housewife in the first season, and the arc of her character felt convenient and contrived for the sake of the story rather than realistic and consistent. Rachel McAdam’s Detective Ani Bezzerides only further cemented that Nic Pizzolatto has yet to learn (or care) about writing complex, realistic female characters.  His show can be overwrought with alpha male testosterone. 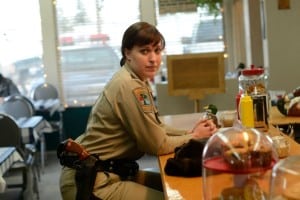 Compare that with Molly Solverson, Allison Tolman’s police officer in Fargo’s first season.  She was a revelation that anchored the heart and decency of the show.  And this season has upped the ante, not with quality, but with the quantity of major female players.  Kirsten Dunst, Jean Smart, and Cristin Milioti all are integral to the show and storyline.  They are not ancillary or one-dimensional characters.  They are not reactions to criticism.  Noah Hawley, just like the Coen Brothers before him, understand and know how to populate their worlds with strong, memorable female characters.

Since day one, Fargo has invested just as much time on drawing out the antagonists and villains as they have portraying the protagonists and heroes.  The villains have not been hidden.  They are in plain sight of the viewers.  True Detective has always crafted its show as more mystery about the villains and their motives.  It has focused more on the flawed protagonists and the procedures to reveal the villains.  But without much investment or connection with the villains, their motives can come across as foolish, simplistic, or convenient, and the only person you develop a relationship with is the protagonists, something that was a massive backfire with the this season’s characters.

What more needs to be said?  I find Fargo to be consistently engaging, well written, and threaded together with a degree of purpose that ultimately provides a grand payoff and resolution.  True Detective’s stories felt like a “Choose Your Own Adventure” mishmash. The narrative arc felt scattered and aimless without a strong anchor.

Fargo is dark and intense, but it somehow knows how to not take itself too seriously. This season, True Detective felt like Nic Pizzolatto’s narcissistic wound playing out in must-see television.  The over-the-top seriousness and artificial gravitas felt like his hubris started to believe its own positive press and neglected to focus on what provided him acclaim in the first place; quality writing and quality characters.  True Detective took itself too seriously, something Fargo largely avoids. 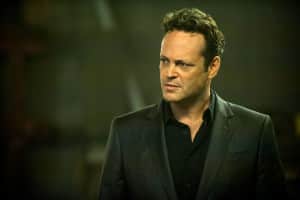 Fargo’s Midwestern riff on the small town community is simultaneously endearing and subversive.  Hawley is able to spotlight the quirks of his characters while never outright mock or rob them of their character’s dignity.  True Detective felt like the kinkiness was for shock and titillation, which it actually offered neither in the end.

Both of these shows exhibit a level of style and creativity that we often associate more with cinema than the small screen.  The Coen Brothers have always had a visual style and flare that sometimes is a little attention grabbing, but for the most part, they allow their stories and characters take center stage.

This past season True Detective’s visual flare took center stage because the story and the characters were a mess.  The show became more about coolness than competency.  Whereas  Fargo continues to deliver all the goods, True Detective has become a textbook case of style over substance.  The weird overhead shots of L.A.’s freeways became laughable over the course of the season.

So Why Aren’t People Talking More About Fargo?

Despite FX’s Fargo critical acclaim, True Detective has always gotten the larger slice of buzz and viewership, a fact that continues to perplex me.  There are a few theories as to why Fargo’s success hasn’t been front and center in the entertainment news.

Frist, Fargo’s critical success is taking place during peak television season.  Other shows like The Walking Dead occupy most of the television headlines.  There are more new shows and new seasons occurring during Fargo’s run on television.  Its timeslot is also competing against Monday Night Football, something that surely impacts its ratings and viewership.  Fargo is simply one of many great shows right now.  True Detective, however, dropped during the summer, where it didn’t have to compete with as many “must-see” competitors.

Second, True Detective has HBO’s media blitz behind it.  HBO is a media darling of a network.  Fargo is produced by FX, an acclaimed network but one that doesn’t have the pedigree of HBO.

Third, the media tends to love to tear down things more than build them up.  The media and the viewers kept tuning in week after week to see if True Detective was going to turn its fortunes around.  And each time another horrible episode dropped, the critical and negative chatter would hit the web and social media outlets.  There isn’t as much need for each week to drop another headline about how Fargo continues to hit it out of the ballpark.  That would be like rubbing it in and showboating – although I wouldn’t be opposed to it.

Finally, by all accounts, the creator of True Detective got just as much buzz and press as his show.  Nic Pizzolatti, the man behind True Detective, has a big personality, appears defensive to any criticisms toward it, and is fiercely protective of his show.  Rumors of a power struggle between Pizzolatto and Cary Fukunaga, the director of every episode of the first season, plagued the show since its early production.  The falling out between the two of them only intensified when it was announced that Fukunaga would not return.  After the dismal sophomore season, reports have circulated that should the show get a third season, HBO is demanding that Pizzolatto relent some of his creative control.  It remains to be seen if he’ll agree or if True Detective will flame out as quickly as the it ignited the pop culture landscape.

Noah Hawley is immensely proud of his work on Fargo, but he tends to remain mostly out of the limelight.  Instead, he lets his show speak for itself.  And it has spoken loud and clear.  Barring any major developments in the next few weeks, Fargo will be the best television show for two years in a row. 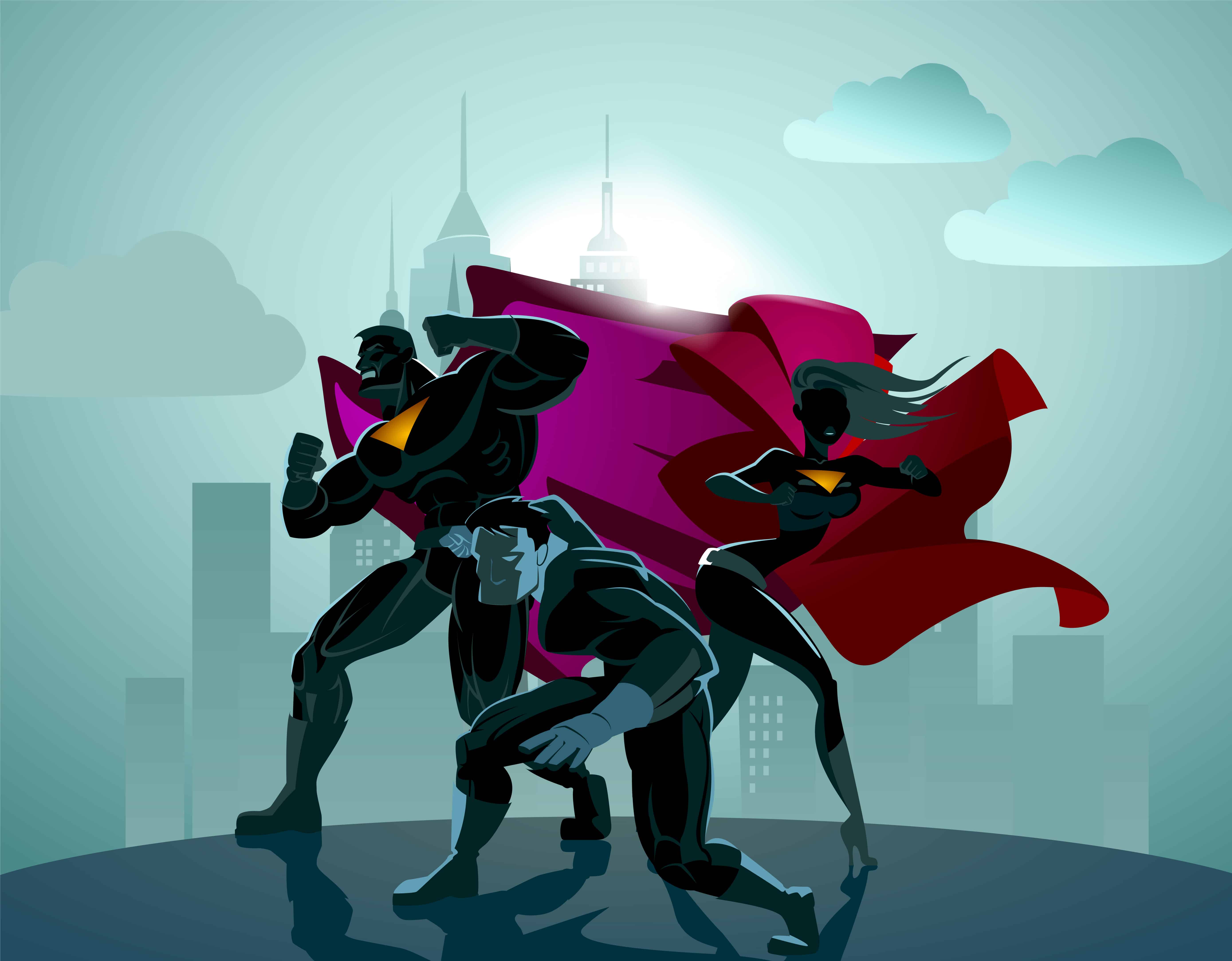 Heroes and Villains: How Do They Stack Up?