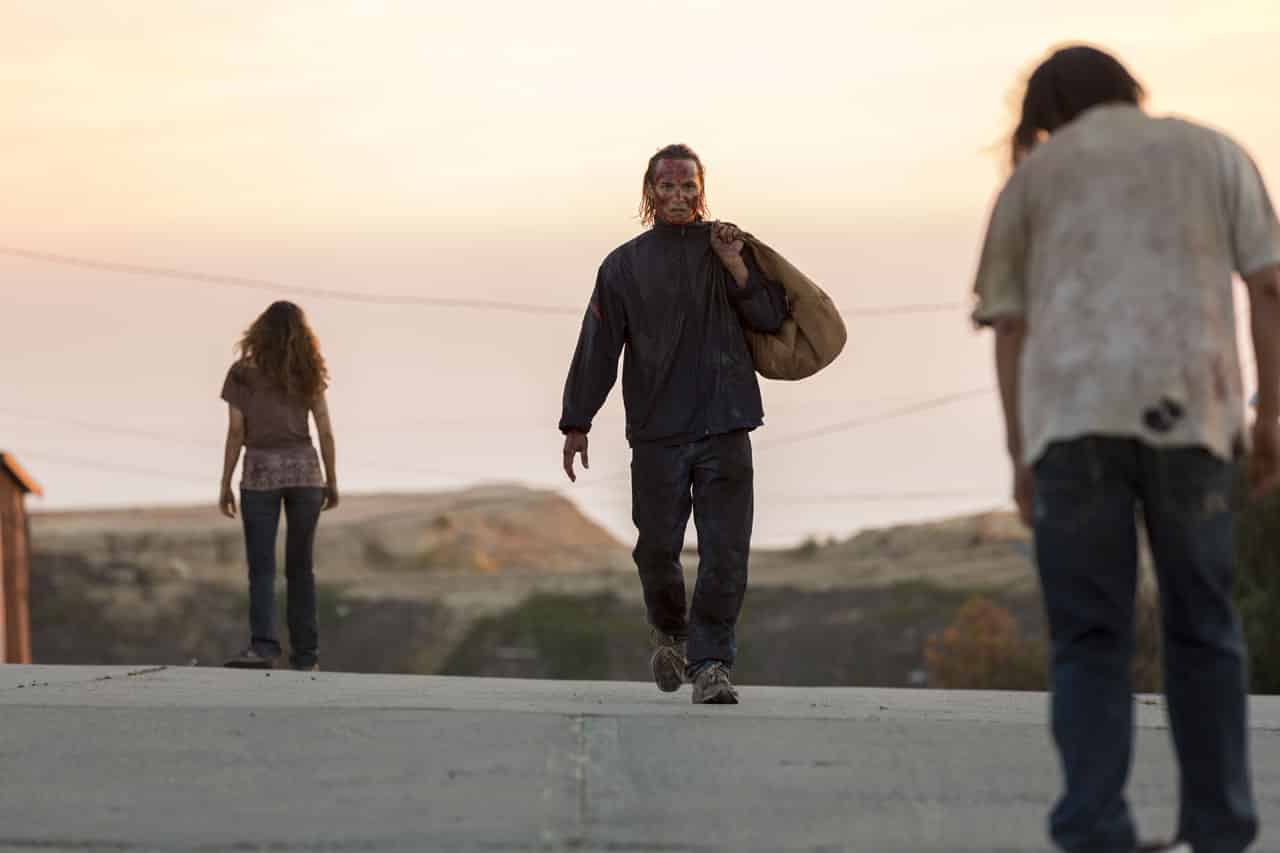 There, I said it. With three seasons under its belt, Fear the Walking Dead has become an exceptional show.

Meanwhile, The Walking Dead has floundered. Just as few movie sequels improve upon their predecessors, few TV spinoffs are even comparable to the original programs that spawned them (like Frasier, The Jeffersons, Star Trek:  The Next Generation, A Different World, and Angel).

Fear the Walking Dead is in rare company.

Just a few short years ago I had The Walking Dead on a pedestal (the mind-blowing season 4 finale is but one reason why). Back then I never imagined the show would slide quickly so far downhill; for crying out loud, some season 7 episodes were on par with Z Nation.

I know this because I peek at the SyFy channel’s offering every now and then out of morbid curiosity. For the uninitiated, The Walking Dead takes place in the Southeast, stretching as far north as Alexandria, VA, and kicked off a few weeks after the zombie apocalypse starts.

It centers on sheriff Rick Grimes, who woke from a coma into a world of flesh-eating “walkers” and plucky survivors.

From the get-go, the characters pretty much knew the rules of the zombie universe (e.g., don’t let the undead bite you, they’re attracted to gunfire and other loud noise, brain trauma is the only way to take them down). Fear the Walking Dead is set in Southern California and Mexico.

It depicts how the apocalypse slowly unfolded–the mysterious attacks and deaths, unclear information from the media and authorities, botched intervention by police and military, families scrambling for survival. 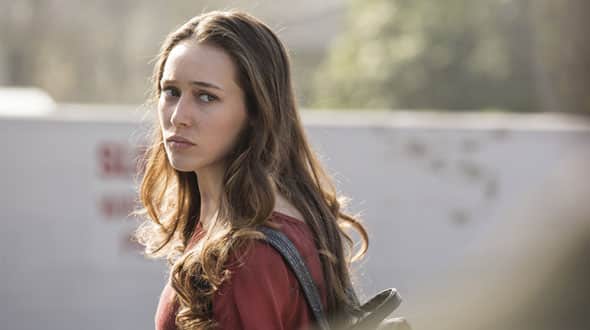 The spinoff revolves around Madison Clark, a high school guidance counselor, and her children- Nick and Alicia.

In this show, we get to see characters learn the zombie rules as they go.

I would never have predicted that I would enjoy this spinoff so much.  Why is Fear the Walking Dead better than The Walking Dead? Let me count the ways…

Not Tied to Source Material

The Walking Dead is based on the comic book series created by writer Robert Kirkman and artist Tony Moore.

The television series’ premise, major characters, and plot developments all are derived from the comic books. The showrunners apparently have taken some liberties with sequence and timing of events (including the demises of popular characters). However, the template for the show has been the comics.

Soon after The Walking Dead premiered, my wife gave me Volume 1 (“Days Gone Bye”) of the comic series.

I thoroughly enjoyed it, but I decided not to read anymore because I didn’t want spoilers for my TV watching experience. My steering clear of the source material has made viewing more suspenseful and generated additional shock value.

[blockquote text=”The problem, though, is that hewing to the comics has slowly stifled creativity in the show.” text_color=”” width=”” line_height=”undefined” background_color=”” border_color=”” show_quote_icon=”yes” quote_icon_color=”#f7c520″]

Fear the Walking Dead is free from such constraints. The spinoff need only be true to the concept of a zombie plague and the rules of the road established in its predecessor. The showrunners for Fear the Walking Dead have shown tremendous creativity, such as through several stunning set pieces (many involving zombies herded, pied piper style, for various strategic purposes).

Having a blank slate has enabled the spinoff to draw more intriguing characters and relationships (more on that in a moment). The Walking Dead can be divided into two eras: pre-Negan and post-Negan.

There was a long and suspenseful build-up to the introduction of the Lucille-wielding villain. His arrival was dramatic and wrenching in the season 6 finale and season 7 premiere. After that premiere, though, the show started to feel like an exercise in translation, not inspiration.

Post-Negan, it seemed as if the producers were working out of obligation to the comics.  Fear the Walking Dead has continued to forge new ground, especially with regard to characterization.

The original has stooped to caricaturization…

Negan exploded onto The Walking Dead.

He was charismatic and very scary.  He was frightening because he was immensely confident in the considerable firepower of his Saviors, as well as in his own intimidating presence.  He also terrified because of the mystery about him.  What was his story?  What experiences forged his attitudes?  How did he establish the Sanctuary and create his empire?

His constant grinning and wise-cracking turned from menacing to annoying, and the mystery became mystifying. The balance of season 7 provided no insights into his background and motivation.  This refusal was in stark contrast to the details we got about the Governor back in seasons 3 and 4.

His keeping his zombified daughter in captivity, his romance with Andrea, his relationship with Lilly and her daughter all gave him multiple dimensions.

The Governor was a person with good qualities that were overwhelmed by violent and vengeful tendencies. Negan’s only dimension is snark.

He’s a killer, to be sure, but his demeanor is too reminiscent of Dastardly Whiplash to be threatening anymore.  Without so much as glimmers into his past, he’s just boring. And he’s not the only caricature.

Jadis and her scavenger clan are right out of Mad Max Beyond Thunderdome. King Ezekiel talks like he’s in a Shakespeare in the Parks production. Hilltop leader Gregory is equal parts middle school assistant principal and used car salesman.

This cavalcade is patently different from what Fear the Walking Dead now offers . . .

Madison is one of the most compelling matriarchs you’ll find on screen.

Like the other survivors, she has learned how to dispatch zombies via hand-to-hand combat. What makes her particularly formidable is her crafty leadership. She can play angles and put herself in positions of power, such as what she did at Broke Jaw Ranch.

Madison’s motivation is protecting her children. That is a tall order, and not just because of the constant threat of zombies. Nick is a drug addict, so Madison struggles with how to keep him safe from threats both external and internal (through his brain wiring has advantages in this apocalypse).

At times that has required her to step back from him. Alicia is younger than Nick and is coming of age under the direst of circumstances.  She loves her mother but has instincts to strike out on her own.

We have seen Madison at those seminal moments of parenting when she has to let her children go.

Another fascinating character in Fear the Walking Dead is Victor Strand. He’s more overtly manipulative than Madison. After his lover died in season 2 he had little to live for other than self-preservation.  At times he seems to act with nary a moral compass, but then he’ll surprise with bursts of altruism (such as saving Madison and Alicia at the dam in the season 3 finale).

Madison temporarily assumed a maternal role with them, even to the point of supporting the dangerous Jake.  The volatile bond that formed between Nick and Troy showed how lost souls tend to find each other…

Near the end of season 3 Nick, who had been clean for several months, went on a bender that was very effectively depicted. Watching him fall off the wagon made me forget about the zombies (until he had a thrill-seeking moment through a pack of undead).

Fear the Walking Dead continually asks the question- how would a person need to be built psychologically in order to survive an apocalypse? The corollary is, of course, what does it actually mean to “survive?”

Daniel Salazar is a bad-ass. He’s a trained killer who served as an agent of the Salvadoran Junta and the CIA. He also knows how to interrogate and torture. He tried to escape his sordid past and build a good life with his wife and his daughter, Ofelia.

But the end of civilization resurrected his violent nature.

Every time Daniel does something horrific you can see a part of him die. He desperately wanted to rejoin and reconnect with Ofelia, but he felt deep shame about the man he is.

By the way, Daniel exemplifies the importance of backstories, because he has become much scarier than one-note Negan. 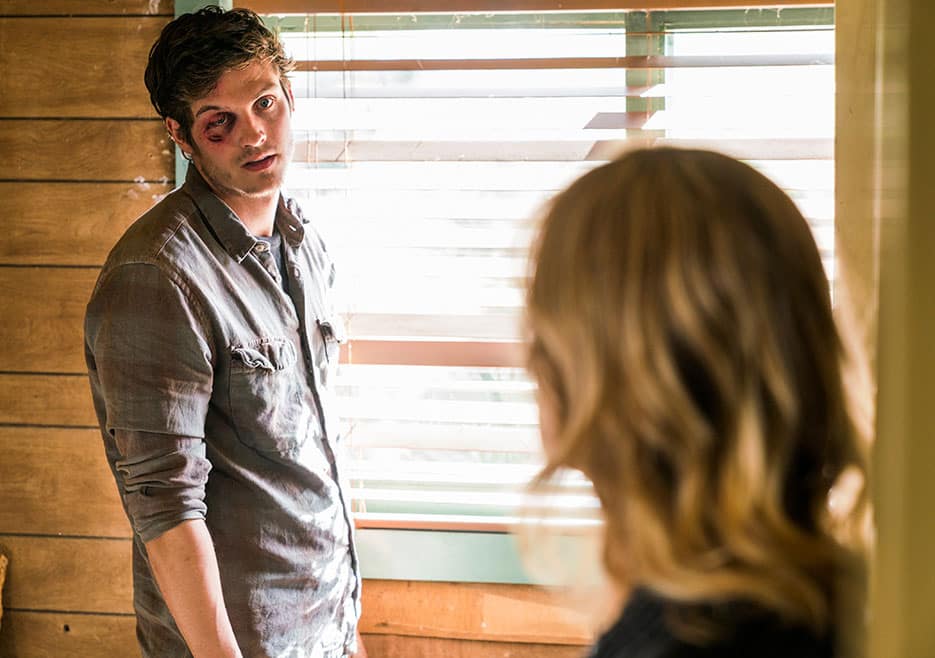 Troy is a sociopath. He’s not only willing harm others, he enjoys doing so.

His pathology likely has a genetic component, but his upbringing (abusive father, alcoholic mother, over-achieving older brother) did a number on him. When Troy is introduced at the outset of season 2 he killed people to collect data on how fast they turn to zombies. He later murders an entire family.

His atrocities ultimately escalate to luring a horde of undead to attack his former fellow colonists (including children).  Each of his acts methodically built to the next…

Fear the Walking Dead has mastered the art of pacing a story.

The show’s arc has spanned several settings:  the early days of the outbreak in LA, on the yacht Abigail, Mexico, and the Baja beach resort, Broke Jaw Ranch, the dam. Yet the narrative has never over-stayed its welcome in any of these places.

Marketing gave the impression that all of season 2 would take place offshore. Just before seasickness set in, the action shifted to the mainland. Madison, Alicia, and others looked to be entrenched in the seaside resort, which they dramatically cleared of undead with the clever use of a riptide. Before racking up too high a hotel bill, their crew hit the road.

Broke Jaw Ranch looked like it might be a long-term home, especially when Madison negotiated a deal for a water supply.  Then Troy’s zombie stampede put an end to that refuge.

The Walking Dead, on the other hand, has suffered from sclerosis even during its pre-Negan heyday.

Rick and Co.’s season 2 stay on the Greene Farm was way too long. Their season 4 trek to Alexandria felt like 40 years in the wilderness. The post-Negan season 7 snore-fest offered up political strife at Hilltop, Ezekiel opining in iambic pentameter, and Rick gradually waking from his second coma of the series as he regained his nerve.

The pacing of Fear the Walking Dead has allowed characters and relationships to breathe.

The central conflict in season 3 was between the Ottos of Broke Jaw Ranch and the Native American tribe of Black Hat Reserve, with the Clarks and Ofelia caught in the crossfire. Over several episodes layer after layer is pulled back about the long-standing feud over land rights and a generational vendetta.  Neither side was unsullied.

The truce that was ultimately reached, after the considerable bloodshed, felt authentic because of all that had to transpire in order to achieve it.

I can hardly wait to see where Fear the Walking Dead goes next. Everyone is expendable. Assuming they live, what will happen with Nick’s addiction? Daniel’s ruthlessness? Madison’s maternal drive?  Alicia’s autonomy? Strand’s egocentrism?

Plus, there’s a lot of geography that could be covered as the survivors could head north or east.

As for The Walking Dead?  I haven’t yet given up, like Jonathan Hetterly. On the other hand, my outlook isn’t quite as positive as Dave Verhaagen’s. I would say I’m episode to episode right now. If I need to go elsewhere for a zombie fix, I guess there’s always Z Nation.