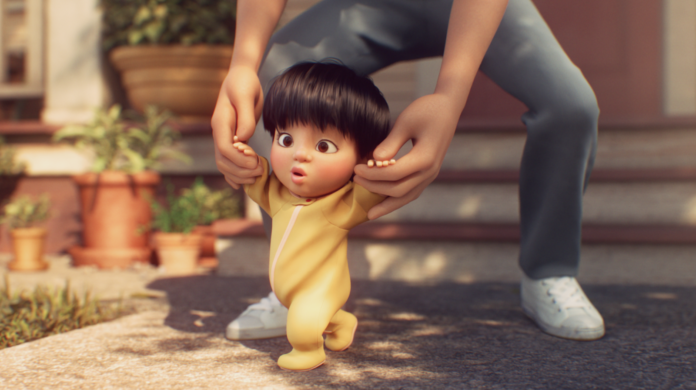 While I do not have a child on the Autism Spectrum, I am a psychologist who specializes in working with these extraordinarily important children, teens, and their families.

Because of that, one of my colleagues suggested I watch the 7-minute short film, Float, on the Disney+ app.

I tend to steer away from media interpretations of what it’s like to be on the spectrum or to be a parent of a child on the spectrum. I find they usually get it wrong or negatively stereotype these amazing individuals.

Typically, the stereotypes suggest they are introverted, don’t want friends, or have mental disabilities. They are described as “odd’ by the American Psychiatric Association—which I find horrendous.

Float captures my understanding of what it may be like to not only be the parent of a child on the Spectrum, but to be on the spectrum as a young and possibly non-verbal child.

The father in this short film—in just five words—captures the essence of what it’s like to be a parent of a child on the spectrum. In addition, most parents feel as if they are single parents because it is hard to find support both within the family and also the community.

People on the spectrum typically have a special ability or special interest. The child in this short film has magical hair that gives him the ability to fly. And when other families see him fly, they become afraid and point in fear.

The father’s solution, in order to help the child fit in, is to put a hood on the child so he can’t use his hair to fly. He also gives his child a weighed down backpack and a leash to keep him close.

The goal was to restrict his special abilities so that he could fit in with the humans and people would no longer judge.

But one day, they go by a park where children are playing and swinging, and for a moment, you think the father will let his child play.

But as he turns away to go home he looks down, and the child has broken loose and is flying among the children. The children look afraid and run to their parents, but all the little child is doing is flying and having fun, laughing, and playing.

The father grabs his child and pulls him toward the exit of the playground. The child screams and howls. Many children on the spectrum behave this way when they have trouble verbalizing frustration or when their “Fight or Flight” response gets triggered.

In this scene, everyone is staring at the father. And unfortunately, in a moment of desperation, he grabs his child and screams, “why can’t you be normal?!”

And his child cries.

The father looks around and instantly realizes the error of his ways. He holds the child like an infant in his arms, and as often the case, after a major tantrum, the child falls into a deep sleep.

And the father takes a different course, radically accepting his child without concern about what the other humans think.

He gets on the swing and begins to rock his child to soothe and comfort. Upon waking, the child smiles, looking into his father’s eyes. And in a moment, the father let’s go and into the air the child flies and laughs while the father stays on the ground and laughs with him.

This is such a beautiful look into a parent-child relationship when special needs or differences are prominent. This film encourages radical acceptance and being true to the nature of your child. I believe it is probably the best example of what it’s like to be a parent of a child on the spectrum—and it actually brought me to tears.