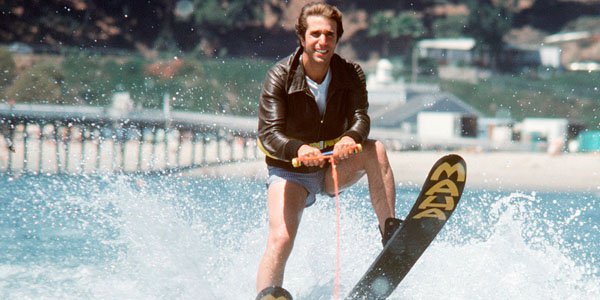 A look back at the infamous ‘Happy Days’ episode that birthed a timeless catchphrase.

Happy Days was one of my favorite shows growing up.  I vividly recall taking my metal Happy Days lunchbox to elementary school, thinking that it would score me cool points with popular kids.  I wasn’t even born when the show debut in January 1975 but thru syndication and reruns, it joined the pantheon of shows that I regularly watched in my childhood.  M.A.S.H., Three’s Company, and the Carol Burnett Show made up my Mt. Rushmore of comedy shows.

It would be many years later as an adult before I actually watched the infamous “Jump the Shark” episode.  Truth be told, I didn’t realize at the time that the phrase originated with Happy Days. 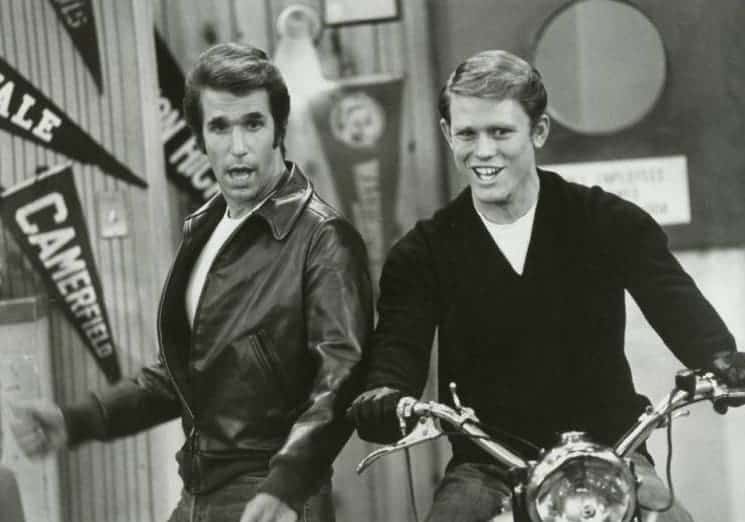 For those unfamiliar with the history of the term, “Jump the Shark,” in 1977, Happy Days opened its fifth season with a three-part episode titled “Hollywood.”  In its season premiere, the entire gang heads from Milwaukee to Los Angeles for some fun in the sun. The 90-minute special climaxed with one epic stunt. The Fonz gets into a beef with a local beach stud. They challenge each other to jump over a caged shark on water skis.

Thus, in 1987, the term “jumping the shark” was born. It quickly became the perfect phrase to describe the moment when a TV show begins its nosedive from popularity or quality.

When I saw Henry Winkler, still in his infamous leather jacket, waterski and jump over a great white shark, I first laughed at the absurdity of what I just witnessed on television.  Then I made the connection to what “Jump the Shark” meant.

And then, I realized, that despite its origins, “Jump the Shark” as a term didn’t accurately apply to Fonz jumping the shark on Happy Days.  Because truth be told, as much as I loved the show growing up, I’ve never believed the show was quality television. Almost everything about Happy Days was silly, absurd, and unbelievable.

Henry Winkler as Arthur Fonzarelli was a laughable grease monkey. He was charming, but not intimidating or threatening.  Each character was a one-dimensional caricature.  The show tended to shy away from political or controversial topics, instead of going for wholesome, light comedy and cheap, albeit benign, comedy.  It was safe, inoffensive, and never taken too seriously. And I loved it.

It’s a great deal of irony that “Jump the Shark” became the perfect catchphrase to describe the moment when a TV show begins its nosedive from popularity or quality – because neither of those things occurred when Fonz jumped the shark on Happy Days.

The American sitcom would continue for six more seasons and rank in the top 25 ratings for five of those six seasons.  So its popularity lived on.  And if we want to spotlight the pinnacle of absurdity for Happy Days, try February 1978 when the show introduced alien lifeform from another planet.  Yup, that’s when Robin Williams guest starred as Mork from Orc.  Even cast members point to that episode as the show’s worse script.

In the end, watching Fonz soar above the menacing Carcharodon carcharias in his short swim shorts is as amusing as the catchphrase “Jumping the Shark” living on forty years after the infamous episode.