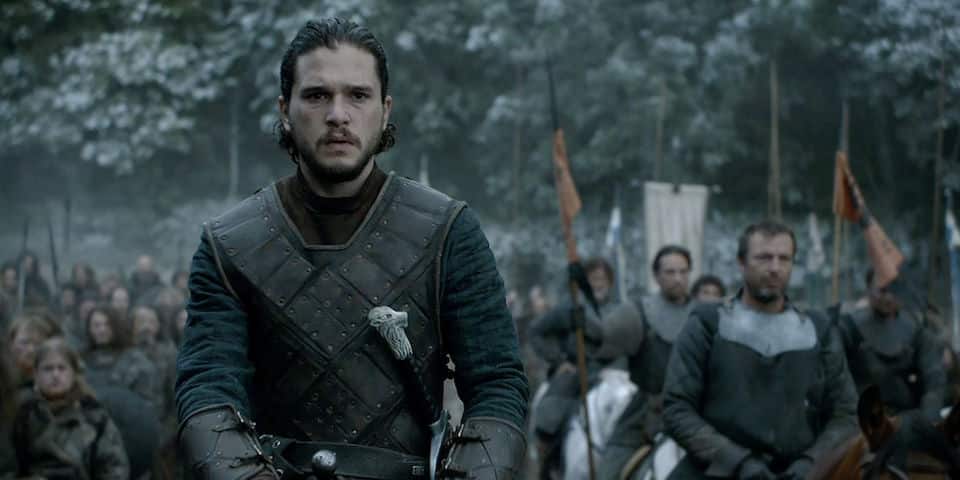 ‘Game of Thrones’ Season 7 Premiere: A Review by Someone Who Should *Not* Like It

For background, I am what society would label a “basic white girl” in her late 20s. My favorite movie is Love Actually and the best concert I’ve ever attended is Taylor Swift. Pictures of puppies make me cry and anytime someone walks into a room unannounced I jump AND squeal.

I am the absolute LAST person anyone would ever recommend Game of Thrones to… yet I love it….actually I’m obsessed. To put things in perspective, I recently volunteered for big fans of Game of Thrones and a good majority of the office is happy to see this show return.

But let me be frank, I am no expert in Game of Thrones… I am constantly asking my fiancé, “What is her name again? What family does she belong to? Wait, where are they going?” (Thank goodness for his patience.) So why am I the one reviewing this praised TV show? Great question- I admire and appreciate your curiosity. To answer your question, I believe I am the last person who would ever be chosen to review GOT, and that is the very reason I am reviewing it.

I refuse to believe I am the only person who is told, “YOU watch Game of Thrones? I’m SHOCKED.” So to all my fellow stereotype breakers….and to all the people who think that I shouldn’t like GOT… keep reading.

So here it is: a transparent script of my thoughts during the 1st episode of season 7 by a squirmish, anxious, and emotional girl.

My Brain During Game of Thrones:

In the previews… when Arya slices the Fray’s head. Off to a great start! Then at (6:38) with blood spewing everywhere. Usually, I cover my eyes 6-10 times during each show. Clearly, this episode was extremely elementary compared to normal.

When Ed Sheeran made an appearance: out of anger- NOT fandom. And again at (55:05) that guy’s arm reaches out to Sam. It was the music more than anything. Again, only screamed 2 times. Way below average.

Ed Sheeran signing. Especially since he didn’t get killed.

60% …honestly it was kind of boring. If the reverse red wedding didn’t happen at the beginning, the score would be 45%. Looking forward to the next episode and Ed dying ASAP.