I am a psychologist who works with kids, teens, and families who are “on the spectrum.” Being “on the spectrum” means a person is considered Asperger’s or Autistic. As this is one of my specialties, I was invited by Dr. Travis Langley to contribute to his ongoing book series about psychology and pop-culture, more specifically the book, Star Trek Psychology: The Mental Frontier.

In thinking about the author of Star Trek, Gene Roddenberry, he clearly predicated the future. The predictions and imaginative ideas from Star Trek are no longer science fiction but are now daily necessities and science fact. Roddenberry’s futuristic devices woven into our society. 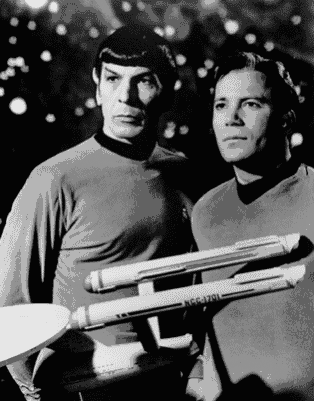 The tricorder actually exists! Several companies sell tricorder-size devices which transmit basic bodily functions to a mobile device. Mobile devices are rampant in Star Trek one of which is represented by Lieutenant Uhura’s electronic clipboard. This clipboard is followed by the PADD devices from Star Trek: Deep Space Nine. Wireless and instantaneous communication was also predicted in the original series as Uhura wears what appears to be a chrome Bluetooth headset.

Gene Roddenberry’s vision of the future is about Asperger’s.

While all of these predictions are cool and amazing, the greatest prediction from the mind of Roddenberry is neither future tech nor brave new worlds. His greatest foresight was how the invaluable mind of an individual with Asperger’s dominates our society’s past, present, and future. Roddenberry’s future is not about the technology. His vision of the future is about Asperger’s.

Who are these Aspies Anyway?

Individuals who are Aspie tend to be highly intelligent and possess an obsessive interest or focus which they can hold for hours and hours upon end. Aspies tend to be literal and are also justice oriented. Their biggest difficulty is how to process and respond appropriately to social communication which is primarily nonverbal in nature. Many people consider Asperger’s to be a disorder, or they hold a stereotype of these individuals as being introverted or feared due to unfair media stereotypes. The stereotype could not be further from the truth and is repeatedly confronted in Star Trek. Individuals whom I would consider to be on the spectrum in the Star Trek universe are those desiring a closer relationship with humanity and a greater understanding of social nuances and connection. The Aspies of Star Trek strive to connect more deeply with humanity and are an important accelerant to humanity’s efforts at a greater future.

For all my Aspies, I help them understand this strange world called Earth upon which they reside, and I often use an analogy in which my clients have been dropped off on Earth by a spacecraft. Having been dropped off, they have lost contact with their home world. This concept of comparing themselves to an exploring alien unwillingly dropped off on a highly-socialized Earth resonates well with my Aspies.

“I’m in love with you, Mr. Spock. You, the Human Mr. Spock, the Vulcan Mr. Spock. I see things, how honest you are. I know how you feel. You hide it, but you do have feelings. Oh, how we must hurt you, torture you.”

With this model of being different and feeling alone or unsafe in mind, my main job in  life is to help find these young aliens, introduce them to other aliens, and assist them in building their own Neurotribe. The goal is to keep them safe from the humans and give them skills until they are able to live successfully. Learning about the humans, understanding them, and celebrating the neurodiversity of our differences is the key. And is that not one of the greatest purposes for the Star Trek universe: To build an egalitarian, accepting, peaceful world of independent free thinkers. However, in reality, Aspies are often taken advantage of, ignored, bullied, and mistreated. 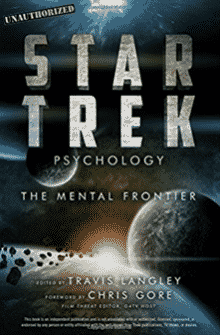 Humanity needs heterogeneity in order to continue its existence. We are explorers. And we are tinkerers. Asperger’s has been with us since the beginning. The female or male Aspies is likely the one who created or perpetuated fire. Geology is a special interest of Aspies, and I would not be surprised if while collecting rocks, an ancient Aspie stumbled upon Flint. And upon striking the flint and creating a spark, this Aspie became invaluable to humanity. There is obviously no way of proving this, but my sentimental side believes an Aspie invented the arrow as well as the aqueduct system of the Roman Empire.

The Aspie brain was and is needed for humanity’s expansion and development. Without the hyper focus of this mind, we would not know the world is round nor would we have compasses or be able to understand the concept of gravity. Thank you, Isaac Newton and Einstein. And thank you Gene Roddenberry. You have created a universe that illustrates the necessity of the Aspie mind. What Roddenberry has not communicated is how likely it is that Asperger’s is a more highly evolved version of humanity.