Is HB2 Controversial? No question. Is it discriminatory? Absolutely. Is it impractical? Unequivocally YES! How would the law actually be enforced? Introducing the “Potty Police.”

It has been a rough year for North Carolina. The Carolina Panthers lost in the Super Bowl, the Tar Heels basketball team lost in the Men’s NCAA National Championship Game on a buzzer-beating three-point shot, and recently native Charlottean superstar Steph Curry’s Golden State Warriors lost in the NBA Finals despite having the greatest regular season record in NBA History. North Carolina made national headlines again recently for a brain-eating amoeba discovered at the US National Whitewater Center in Charlotte that resulted in the death of an 18-year-old Ohio teen (disclaimer: on the day the death was announced, I was actually at the Whitewater Center going rafting, and for the first time, I fell into the water on a rafting run).

But nothing, and I mean nothing, can top the international condemnation and scrutiny that North Carolina has endured over Governor Pat McCrory and the passing of House Bill 2, otherwise known to the rest of the world as HB2 or the “Bathroom Bill.” North Carolina’s reputation and standing has taken a significant beating so far in 2016. Midway thru the year, there doesn’t appear to be an end in sight. 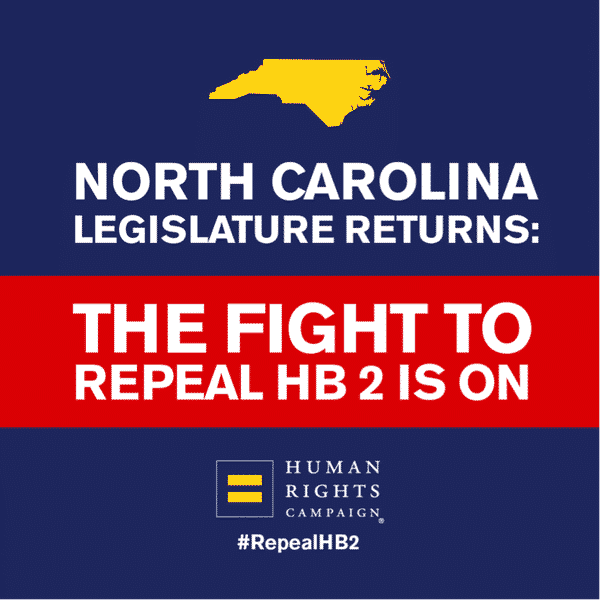 WHAT IS HB2 AND WHY ALL THE UPROAR?

By now most of the world knows about HB2, but for those who aren’t, here is the gist. House Bill 2 requires individuals to use the bathroom corresponding to the gender listed on their birth certificate. The bill was passed in a one-day special session and was signed by Governor McCrory later that night. Supporters claim the bill merely enforces common sense and is designed to protect young, innocent children from predatory people using public restrooms for sexually deviant purposes. Critics of the bill rightfully claim the bill is simply legislative discrimination against the LGBTQ community, and not just because of its restrictions on restroom use.

HB2 did far more than nullify a nondiscrimination ordinance passed by the Charlotte City Council, a law strikingly similar to those in place in about 200 communities. It stripped away state protections for lesbian, gay, bisexual and transgender citizens, and prohibited all citizens from filing workplace discrimination cases in state court. It’s laughable that supporters claim HB2 is not discriminatory. They either haven’t scrutinized HB2 more thoroughly or believe something isn’t discriminatory as long as it doesn’t discriminate against them. 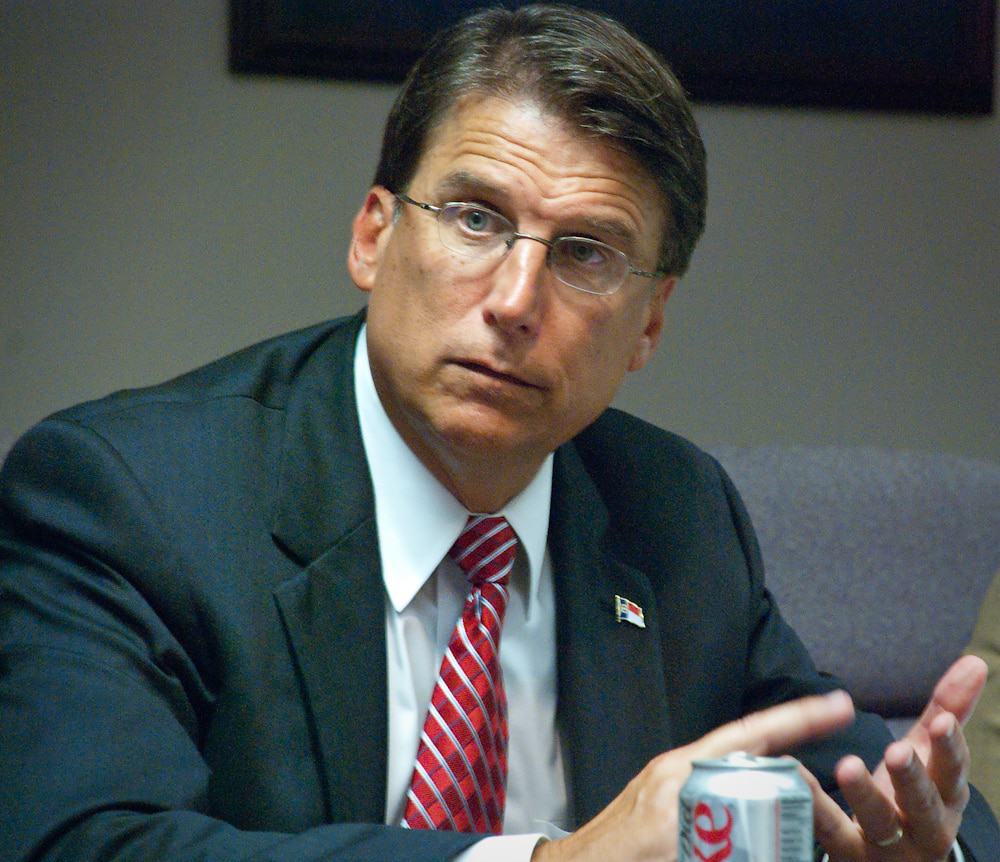 Since its passage, North Carolina has taken a swift and severe beating in the national media. According to an investigation back in mid-May reported in the Charlotte Observer, North Carolina’s economy had already lost, by various accounts, somewhere between $77-$200 million. The Observer article estimated that the state could eventually lose up to $567.5 million in economic impact.

Companies such as Paypal backed out of North Carolina-based deals, film and television studios pulled out, and some high profile artists like Bruce Springsteen and Pearl Jam cancelled concerts. North Carolina, a place that had a reputation for thoughtful, moderate governance, is now the national hotspot as the bastion of discrimination and legislative fear and hatred.

The biggest economic impact could be in the $5 billion in federal funding that HB2 puts at risk due to its conflict with the basic principle of equal protection and federal discrimination laws. President Obama and his administration considers House Bill 2 a violation of the Civil Rights Act. Attorney General Loretta Lynch issued an ultimatum in May for North Carolina to halt the implementation of the law. Later, North Carolina state officials filed suit against the Justice Department.

This past Tuesday, new legislation was drafted by the leadership in the North Carolina House of Representatives seeking to walk back portions of the controversial bill. Referred to as HB2.0, the new amendments seek to require transgender people to register with the state to use bathrooms. Some of the proposed changes include:

.@cristoferosgro says new HB2.0 drafted "in the dark of the night" would require transgender people to register w/state to use bathrooms

The ACLU quickly condemned the proposed changes. Many believe these proposed changes were in response to the NBA’s official stance that the 2017 NBA All-Star will be relocated out of Charlotte if HB2 remains unchanged. The National Basketball Association and the Charlotte Hornets issued a joint statement that they do not believe the changes go far enough and do not endorse the current version of the bill.

Adam Silver says the NBA has been clear that if the status quo in North Carolina remains in place the All-Star Game would have to be moved.

Whatever revenue has been lost and amount of damage North Carolina’s reputation has taken, it will not compare to the inevitable disaster should North Carolina be required to enforce HB2. How do you enforce the bill? HB2.0 recommends a state-wide registration to identify those who have had sex reassignment surgery. But what about those in the transgender community who elect to not have surgery or cannot afford it? What about out-of-state visitors and tourists? Will they be welcomed in Tar Heel country? Or will North Carolina have to build out-of-state public restrooms for those without papers or proof of registration? 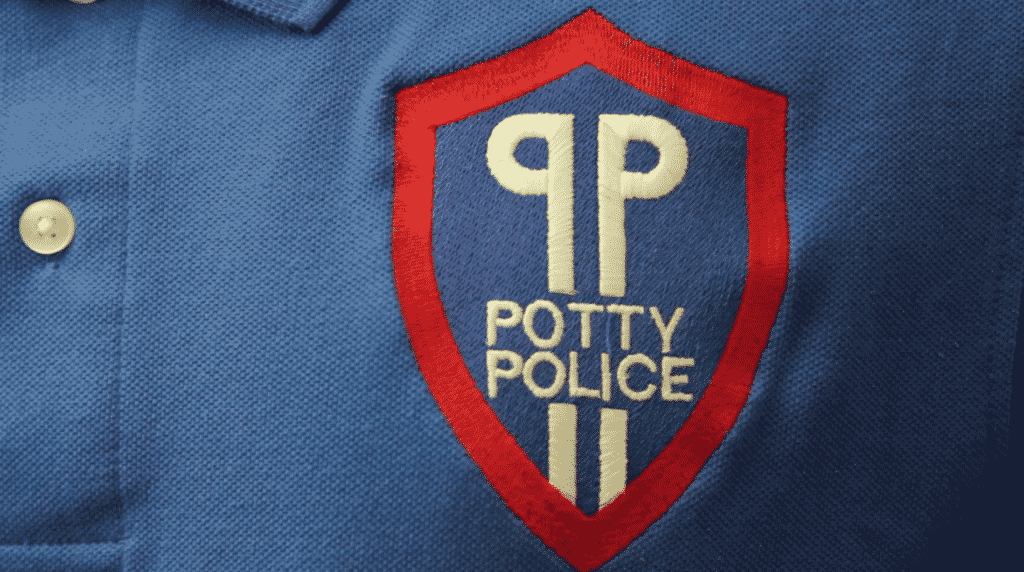 Who will enforce the law? Perhaps North Carolina could adopt a “Good Citizen” motto, where we monitor and call out those we suspect aren’t using their state-assigned public bathroom. It would need a memorable catchphrase like “Crotch Patrol” or “Genitalia Will Reveal Ya!”

Or maybe North Carolina doesn’t go the route of citizens patrolling your package. The state will probably need to create official positions to monitor, roam, and enforce the law. Because even if someone who has undergone sex reassignment surgery elects to register themselves, who do they go to when they are out in public and need to use the restroom? Who checks their registration? Who validates their state issued identification card?

Imagine the gridlock that will occur for the use of a public bathroom. I can envision some places, like Taco Bell, having a line to use the bathroom that exceeds the length of their drive-thru line. Public restrooms will soon look like check-in at the airport. And just like the airport, will agents be allowed to pat you down, check your packages (or lack thereof), and scan you? Will people walk through “sexual orientation detectors” like a luggage scan or metal detector? There won’t be TSA agents patting us down, but rather SSA agents (Sit or Stand Assessors).

The impracticality and cost of enforcing HB2 will be unbearable. The national embarrassment and public relations hit that North Carolina has taken over the passing of the bill will only grow. 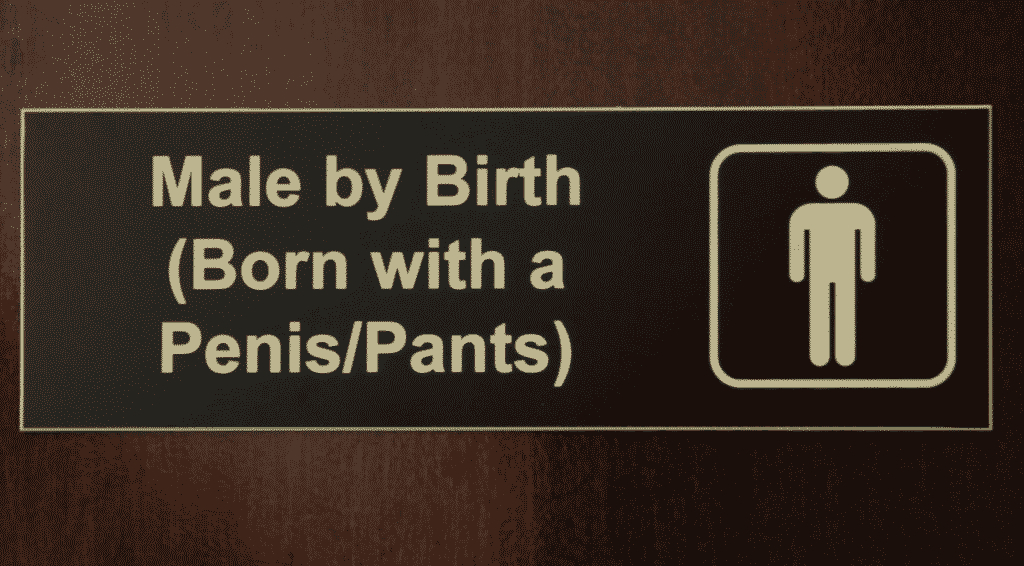 Shrink Tank takes the discrimination inherent in HB2 and the psychological implications very seriously. But we view the impracticality of HB2 so over-the-top absurd that we had a little fun and envisioned one possible scenario of what it would look like if HB2 had to be enforced. It’s discriminatory toward the LGBTQ community, and it is impractical for everyone.

We hope you enjoy “HB2 and the Potty Police.”

Visit Equality NC to support the repealing of House Bill 2 in North Carolina.

Transgender Youth and the Human Stories Behind North Carolina’s HB2