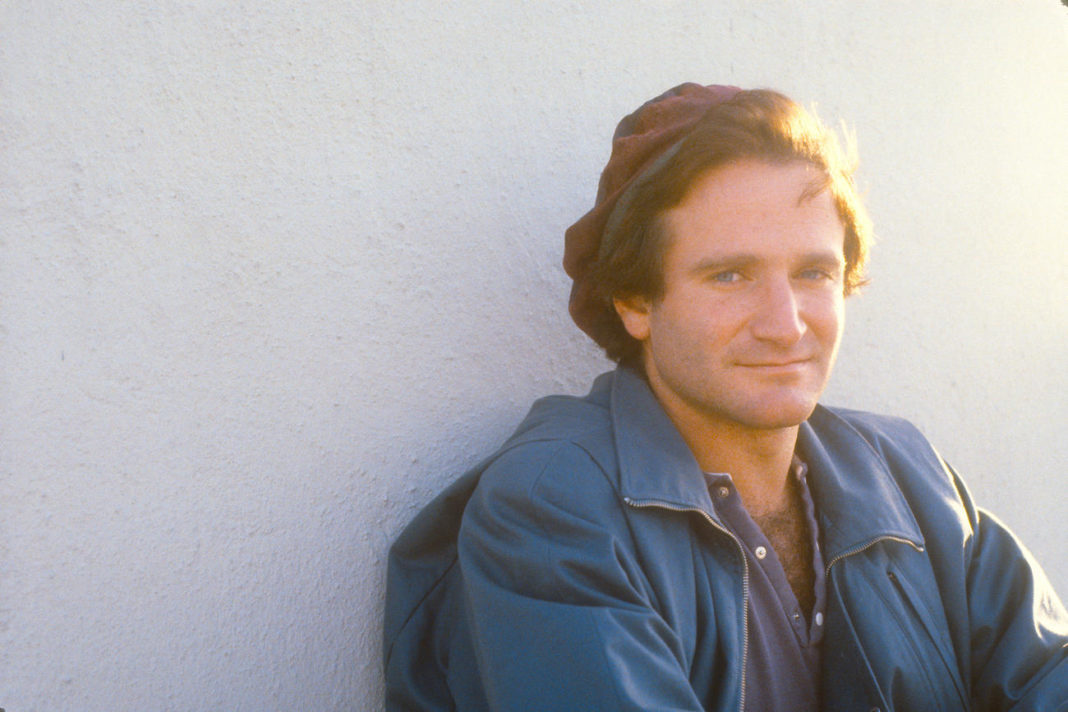 The much anticipated Robin Williams documentary, Come Inside My Mind, premiered this week on HBO.  Directed by Marina Zenovich, Come Inside My Mind claims to offer an up-close exploration of one of the most celebrated and beloved comedians of all-time.

Comprised from archival footage, old audio tapes of Williams, clips of his standup material, and interviews with friends and family members, Come Inside My Mind is one of the first substantial pieces of work to examine Williams’ professional and personal life since his death by suicide in 2014.

The documentary takes its name from one of Williams’ early standup routines that is briefly showcased in the film. Like most of his comedy, Come Inside My Mind was a motormouth bit of ultrasonic speed and intensity. Williams would pantomime removing the crown of his head and invite the audience to witness what’s inside. 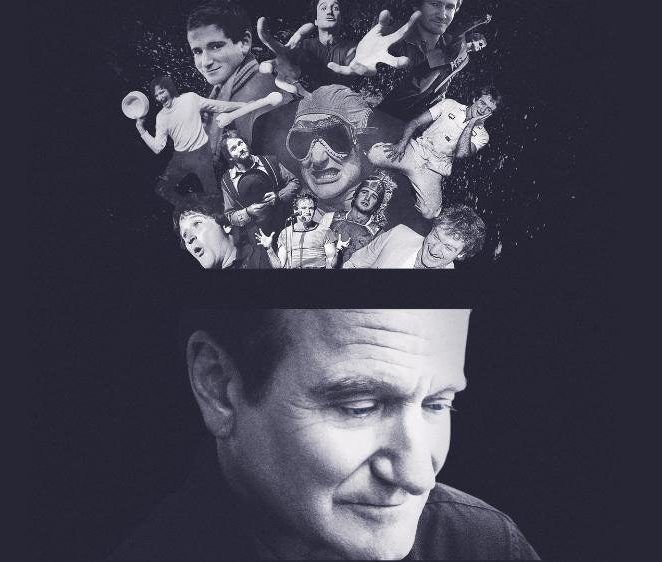 William’s comedy was frenzied, off-the-cuff, and all over the place. Zenovich, who has also directed documentaries about Richard Pryor and Roman Polanski, had the monumental task of capturing the magic of Williams the comedian alongside the tragic of Williams the person.

Pryor was one of the most culturally important comedians. Polanski is one of the most controversial directors. But Williams…Robin Williams was perhaps the most beloved and cherished comedian of his time. His work and fans covered the scope of age and demographics. His death in 2014 seemed to hit the pop culture landscape particularly hard, especially given the medical and mental health implications surrounding his death.

A documentary claiming to offer an inside look at one of the most revered entertainers of all-time has a lot to live up to.  Unfortunately, Come Inside My Mind doesn’t live up to its own name. I enjoyed every minute of the two-hour film. It just felt incomplete.  I wanted more.

There is a lot to admire and appreciate about Come Inside My Mind.

The film offers poignant interviews from many of Williams’ contemporaries and close friends, such as Steve Martin, Billy Crystal, David Letterman, Eric Idle, Whoopi Goldberg, Bobcat Goldwait, and others.

Outside of his first wife, Valerie Velardi, and his son Zachary, Williams’ other two wives and his other two children are noticeably absent from the film.  A documentary can only present what it’s been given. It’s unknown to this reviewer the reasons why most of Williams’ family chose not to participate in the film.  But their absence is felt and limits the audiences’ opportunity to see Williams’ through the eyes of those closest to him.

Darkness and loneliness permeate throughout the documentary. But I was shocked by how little attention or depth is given to Williams’ substance use problems or mental health. What little is addressed is glossed over or mentioned in fleeting fashion. And his death feels abrupt and quickly passed over. 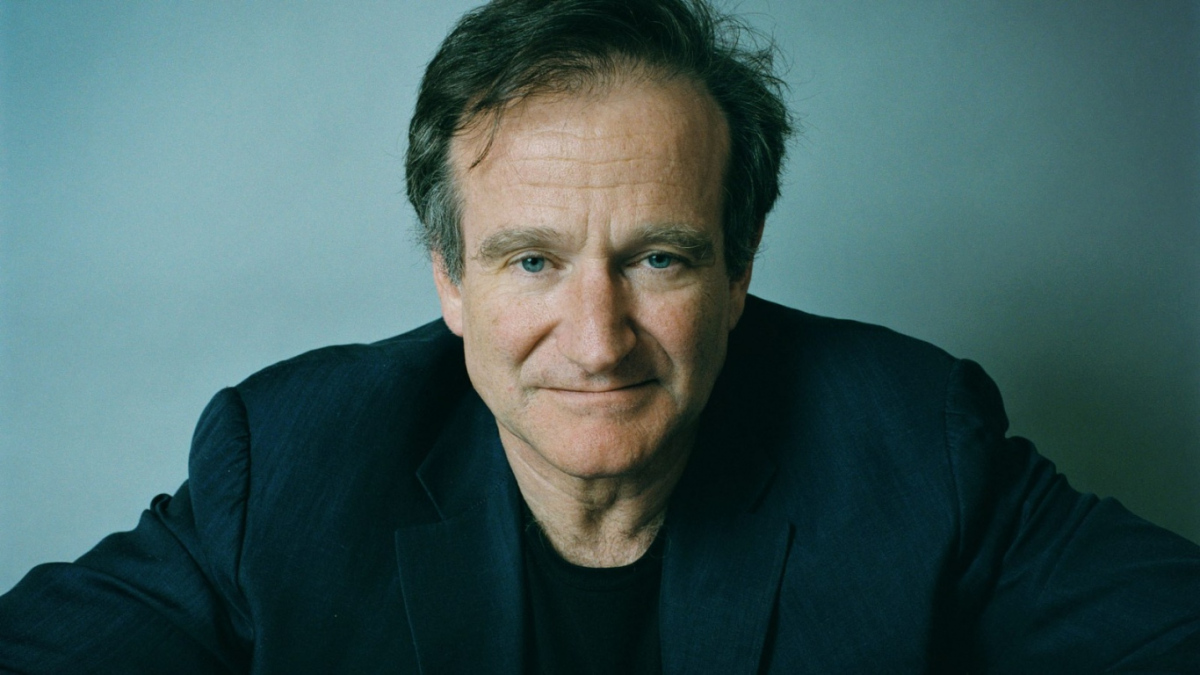 By the time he died in 2014, a neuropathology known as Lewy body disease had depleted his dopamine levels, as his widow Susan Williams shared in an essay titled “The terrorist inside my husband’s brain”.  Perhaps Zenovich or others felt it would come across as insensitive or exploitive to address it.  But it feels like a missed opportunity for the audience, and I believe the circumstances surrounding his health and death is one of the key factors why the world took his death so hard and personally.

“Darkness and loneliness permeate throughout the documentary.”

His struggles — with addiction and depression, with family life, with handling success — are addressed candidly and poignantly but very little is offered.

There are moments of genuine insight.  Eric Idle says Williams “had a restless mind” and “didn’t feel worthy”.

All of this criticism may sound like I’m not recommending Come Inside My Mind.  I think if you love and admire Robin Williams, this HBO documentary is essential viewing. As a therapist and a self-proclaimed pop culture addict, Come Inside My Mind was simultaneously pleasing and vexing. My dissatisfaction lies not with what the film offers but what it neglects. Two hours is just not an adequate amount of time to commit to Robin Williams.

Perhaps somewhere down the road a longer, more thorough, documentary will complete what this documentary claimed to offer in its title.  I know more of Williams’ stand-up material, but I don’t feel like I got anywhere near inside the mind of a comedic genius.

Or maybe Come Inside My Mind can only offer the bliss of seeing Robin Williams being funny and making people laugh.  The New York Times reporter Dave Itzkoff recently published Robin, a biography of Williams that references much of the same material covered in the film. Itzkoff’s deep dive presents a far fuller picture, and an even darker view, of the comedian’s early years: his drug use, his womanizing, and his process of creating comedic content.

Overall, I give Come Inside My Mind the rating of a B. Here are my top takeaways:

1. He was a very quiet child

Williams states he felt lonely most of the time, in part because he was raised as an only child.

2. He got his comedy inspiration from his mom

One of the highlights is watching William interact with his mother.  He recalls her doing silly physical comedy, like putting an elastic band up her nose and pulling it out.

3. Williams was a serious thespian who trained with the greats.

Williams studied at Juilliard with John Houseman, an Academy Award-winning actor known for his work with Orson Welles.

4. David Letterman and other rising comics in L.A. were initially thrown off by Williams.

Williams’ out-there style on stage could be bewildering at the outset. “I moved from Indiana and went immediately to the Comedy Store,” Letterman remembers. “When we first saw Robin on stage, we were skeptical.”

In 1977, Star Wars came out. Garry Marshall, the creator of Happy Days, asked his son Scott why he stopped watching the show around that time.  Scott said, ‘There’s no spacemen on it.

Garry went to the writers’ room on Happy Days and said, ‘Scotty wants a spaceman.’”

William’s energy on the set of Mork & Mindy would cause him to miss his mark.  Sitcoms up to that point were always filmed with three cameras.  Garry Marshall brought in a fourth camera, kind of a handheld camera, just to follow Robin. That became the standard.

7. John Belushi’s death prompted Williams to rein in his own substance use

Williams was with Belushi at Chateau Marmont in Los Angeles the night before the Animal House star overdosed in March of 1982. 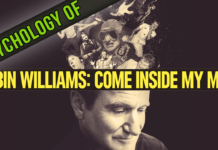 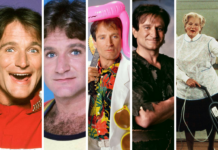 The Psychology of Robin Williams