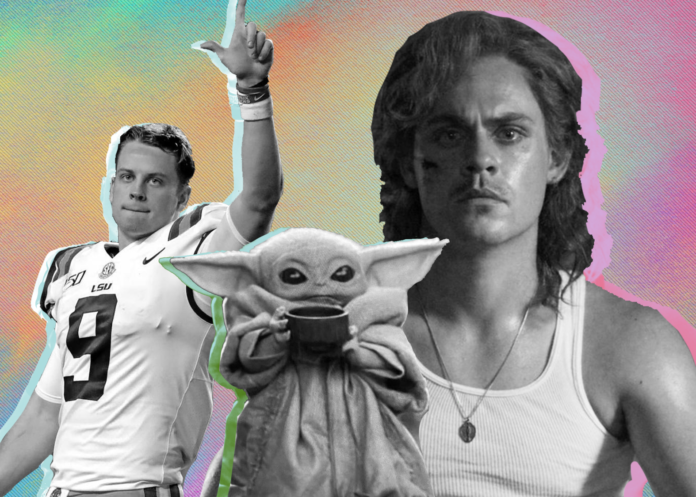 Pop culture (movies, television, books, sports, etc.) is one of the things that makes life worth living.  It also can be a window into the soul. My annual survey of pop culture heroes and villains is a particular type of look into our shared soul. Who’s inspiring us? Who do we find threatening and why?

But there was one figure who dominated pop culture in a positive way.

And there was a villain who will continue to be discussed for years to come. 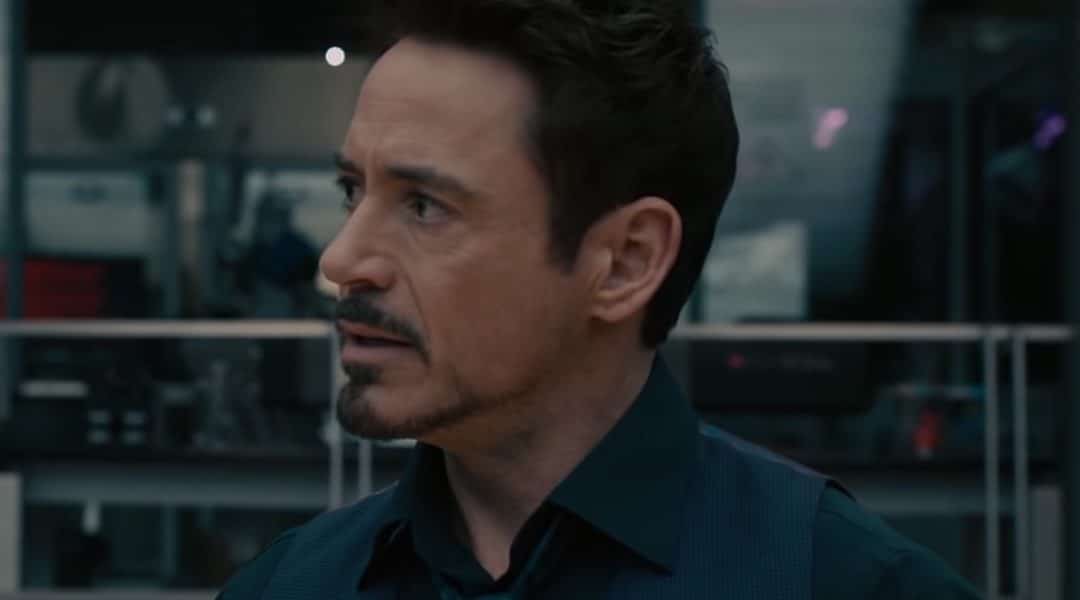 Finally taking down Thanos in Avengers: Endgame certainly was a huge team effort.

But Stark was the brains behind the “time heist” and as Ironman he took the 1 in 14,000,605 shot/snap. His ultimate sacrifice amplified the emotional resonance of the conclusion to the 22-film Infinity Stones saga in the Marvel Cinematic Universe. 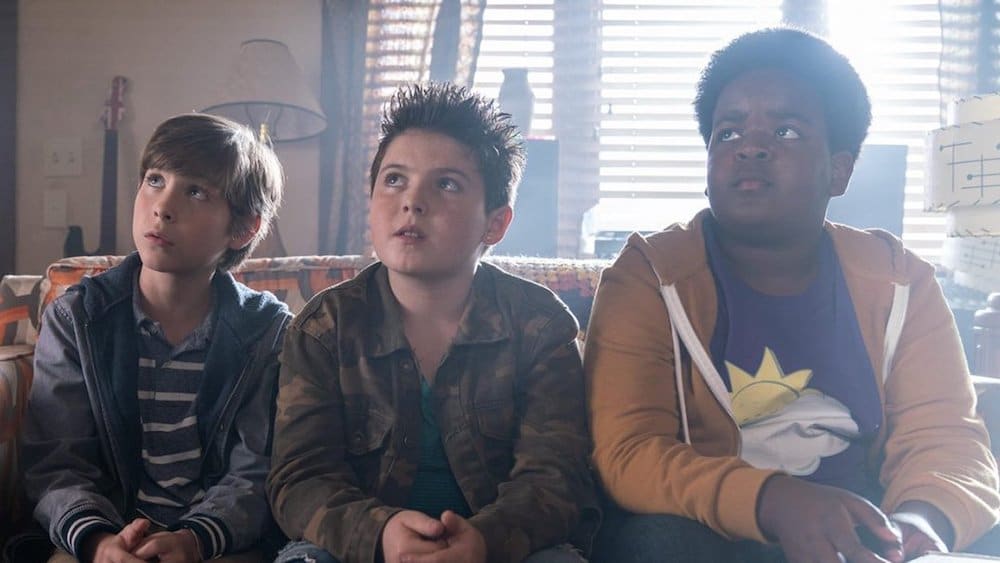 The sixth-grade protagonists from Good Boys (Max, Lucas, and Thor) pluckily faced such tween horrors as parents getting divorced, peer pressure to sip beer, not knowing how to kiss a girl (with a spin-the-bottle party looming), packs of bullies, packs of anti-bullies, and diverting life paths of friends.

They also took on a house full of frat-boy douchebags in one of the most satisfying action sequences of the year. Bean Bag Boys 4 Life! 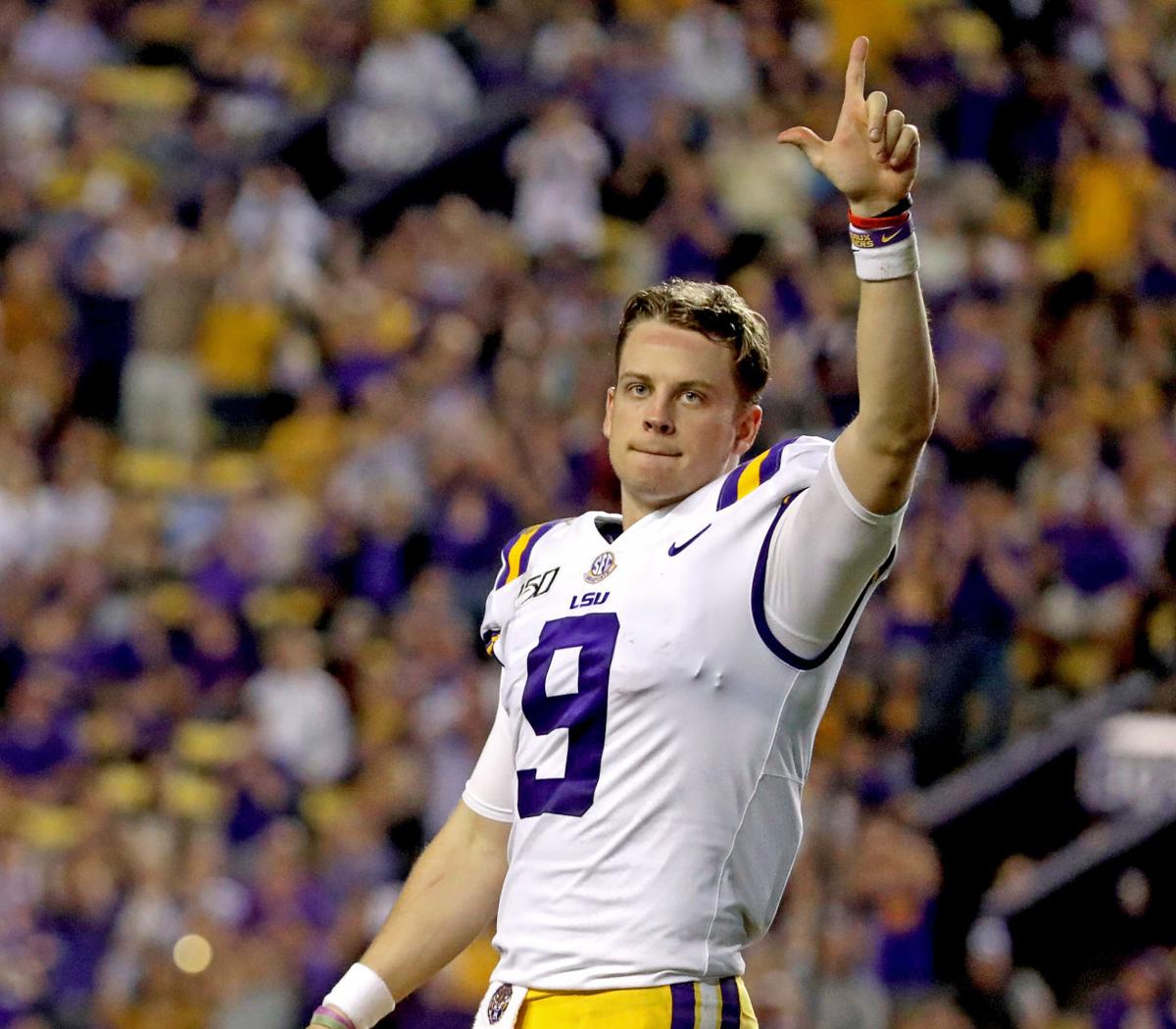 2019 was the Year of the Transfer in college football.

The game’s itinerant nature is personified by LSU’s star quarterback, who began his career at Ohio State.  Burrow was prolific and clutch, particularly when leading his team to a rare win at rival Alabama. He won the Heisman in a landslide and then gave a humble, moving, gratitude-filled acceptance speech.

He rose to the occasion in the ring as his eponymous professional wrestling alter-ego.  More importantly, Zak forged close friendships with some broken people and inspired them to become better versions of themselves.

Watch The Peanut Butter Falcon and you will never think of birthday party invitations the same way again. 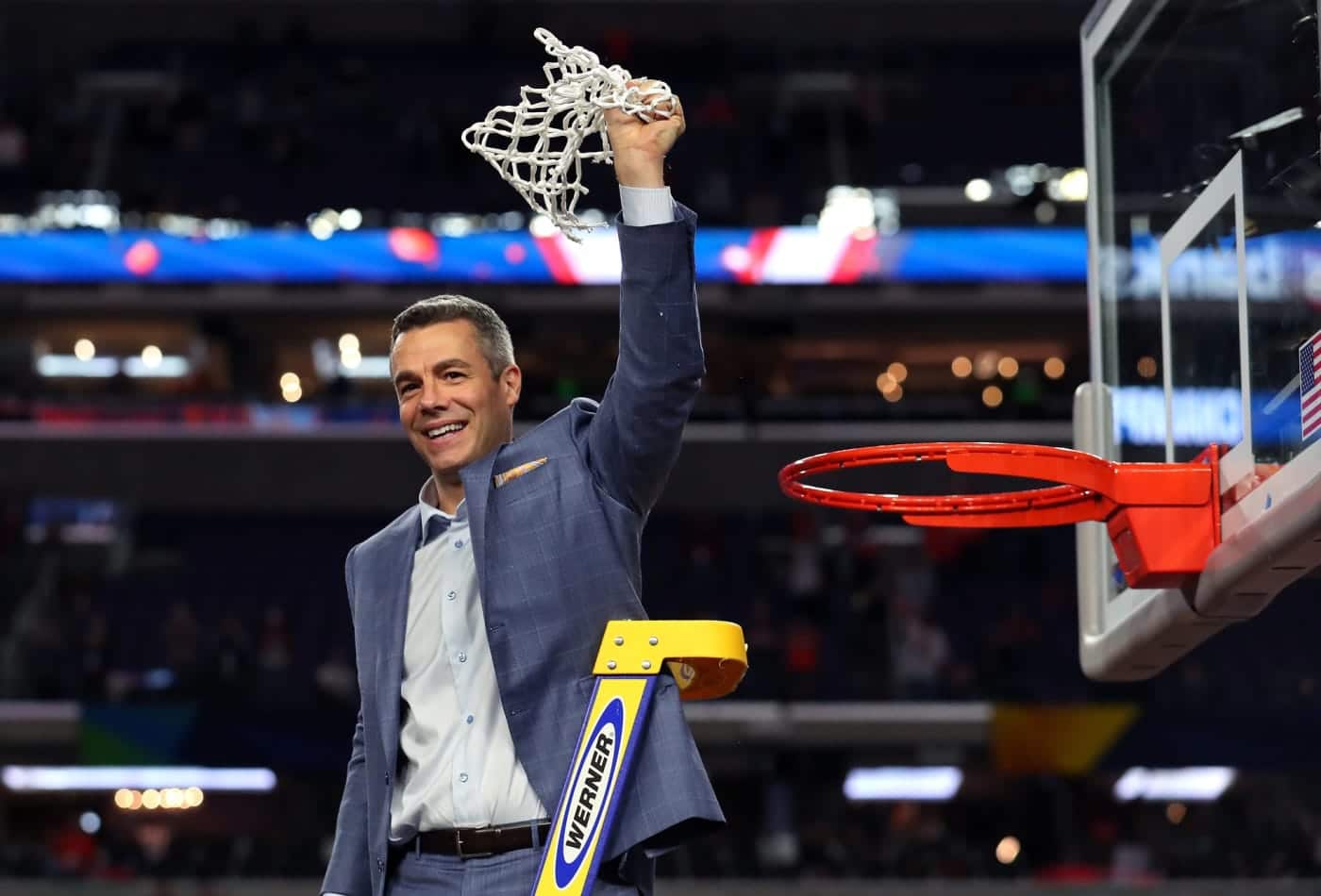 In 2018 the Virginia Cavaliers men’s basketball team entered March Madness as heavy favorites to win it all; they made the wrong kind of history though, becoming the first #1 seed to ever lose in the opening round of the tournament.

Coach Bennett handled that catastrophe with class and then parlayed it into a redemptive championship run this year. Well done, Wahoos. 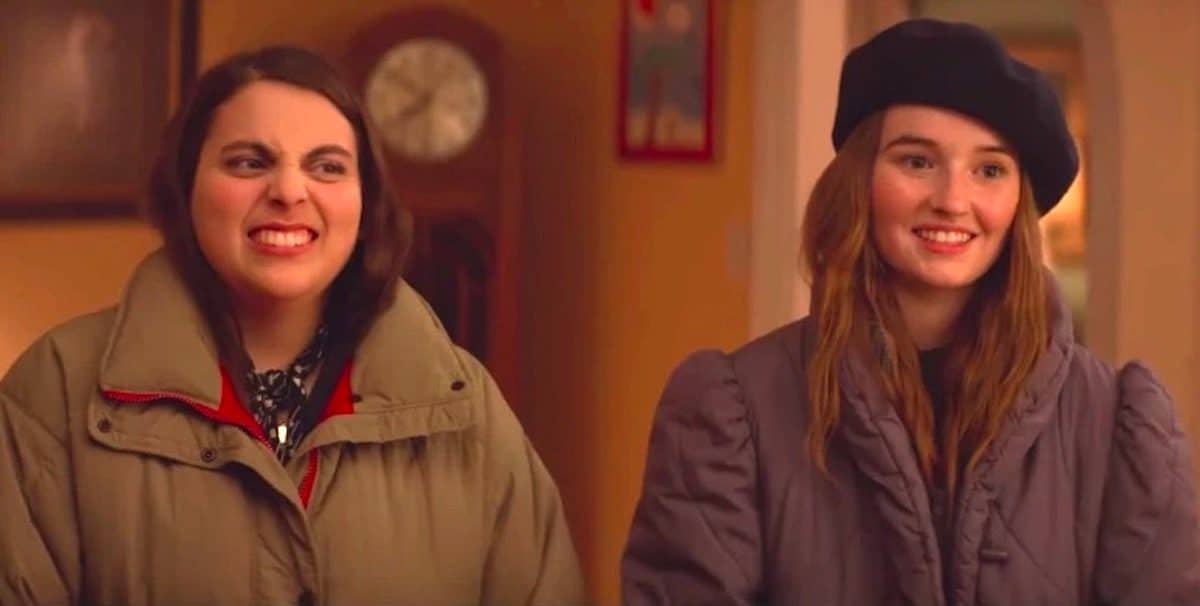 Maybe things don’t go exactly as planned during their dusk-til-dawn, party-hopping, night-before-high-school-graduation romp.  But the heroes of Booksmart found a way to triumph socially without sacrificing their identities or their friendship.

And these intelligent, driven, razor-witted teens provide hope that the future is in good hands. 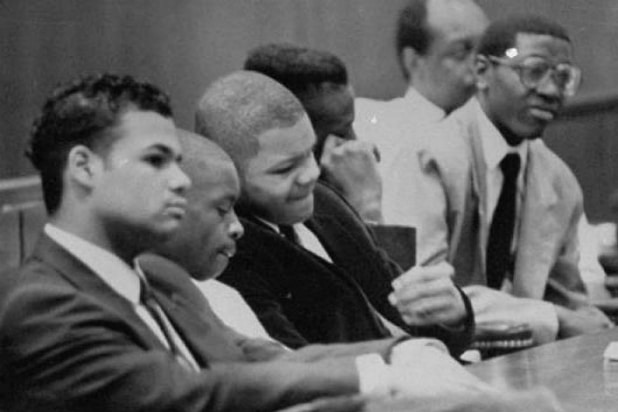 Their gut-wrenching stories were told in Ava DuVernay’s mini-series When They See Us.  As innocent teenagers they took the fall in the infamous Central Park Jogger case of 1989- victims of a racist, corrupt police investigation and prosecution.

The Exonerated Five stand as a testament to resilience in the face of soul-crushing injustice. 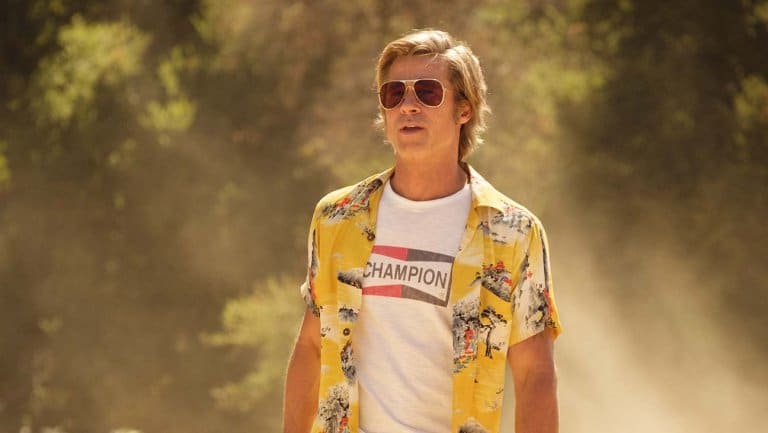 Once Upon a Time in … Hollywood is an ode to a bygone era of Tinseltown.  Stuntman Booth is a throwback to a kind of masculinity that is all too rare these days.  Confident, but not quite arrogant. Roguish, yet honorable. Serenely tough-as-nails. Not the least bit interested in self-aggrandizement.  He saved the day in Quentin Tarantino’s alternative universe version of the Manson Family murders.

Too bad he can’t do the same in the mind-minding reality that is 2019. 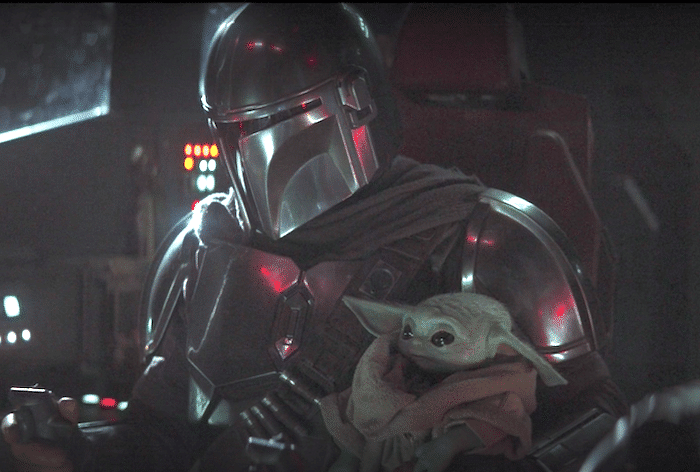 The episode quality of this Disney+ series was rather uneven.  At its best it was cinematic, nostalgic, and pulse-pounding.  At its worst it was derivative, trite, and plodding.

But throughout the water cooler talk has been off the charts about the mysterious, helmeted bounty hunter and his pint-sized companion.  I have spoken.

But the top hero of the year is…Megan Rapinoe 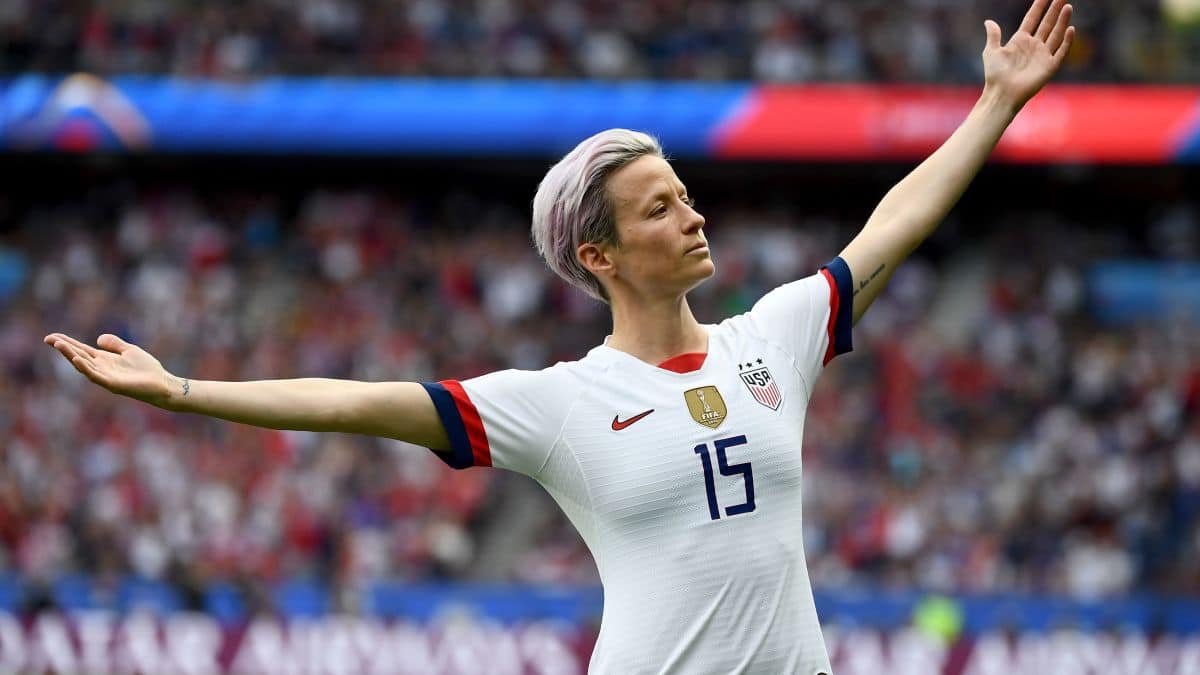 Expectations were already sky-high for the U.S. Women’s National Soccer Team going into this summer’s World Cup in France.  Then in the lead up to the tournament, star forward Rapinoe unwittingly got into a war of words with our all-too-combative Commander-in-Chief.  She also didn’t shy away from the gender equal pay controversy. With pressure ratcheted up exponentially, she confidently led the team to a second straight title.

Trophy in hand, she then courageously used her celebrity to advocate for important causes like LGBTQ rights.

For her prowess on the field and for being such a cultural-political touchstone off, she is the Hero of the Year. 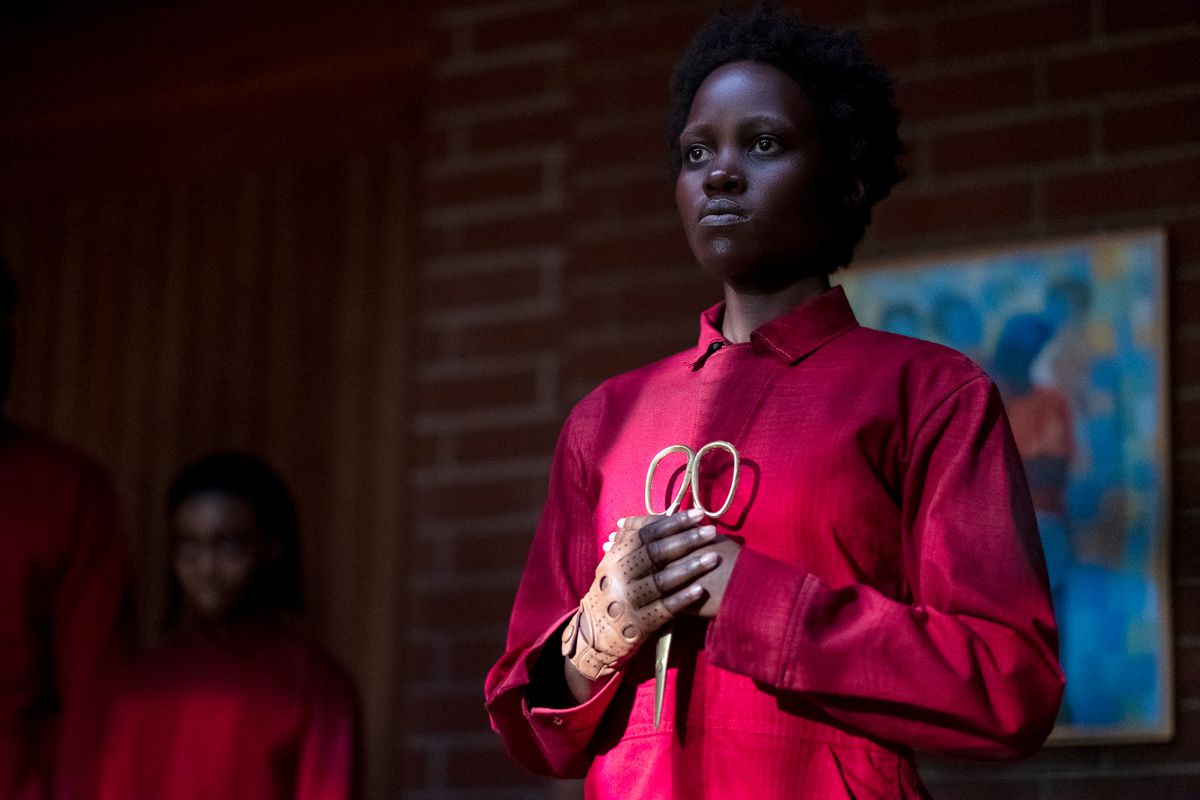 I wasn’t particularly fond of Jordan Peele’s Us.

I thought its themes and ideas were so disarrayed that the whole was less than the sum of the parts.  But there was no denying that Red was a compelling character. She haunted audiences with her gravelly voice, blazing eyes, ballerina-like movements, and crimson jumpsuit.

Oh, and the scissors were pretty scary, too. 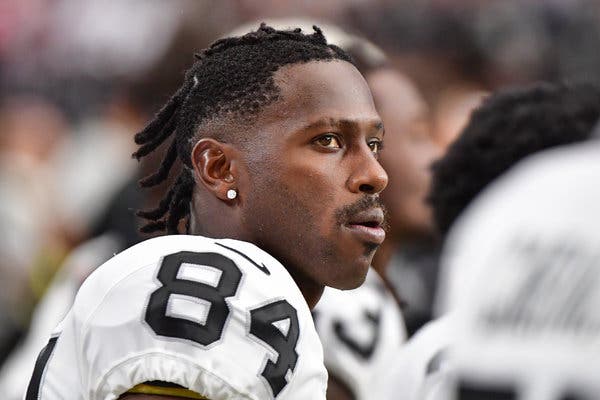 Look up “dive wide receiver” in the dictionary and you’ll find an image of the former Steeler (and Raider, and Patriot).

Has he had some legitimate beefs with management and teammates? Sure. But he’s also the poster boy for egotistical jocks everywhere. Add in allegations of sexual misconduct and you’ve got one of the villains of the year. 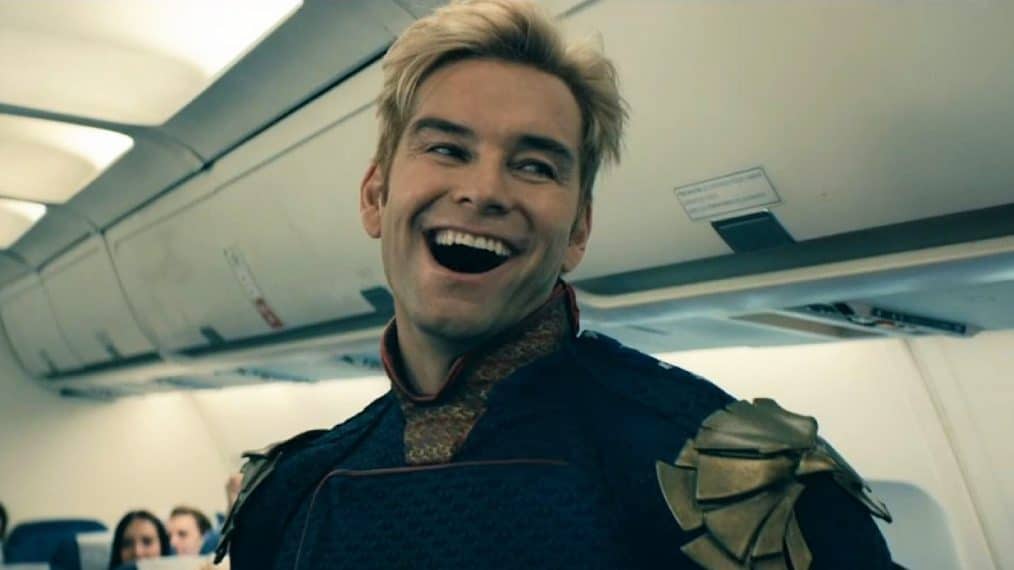 We’ve been in the Golden Age of Superhero Cinema/Television for well over a decade.

In that time we’ve had numerous forays into the nether regions of the superhero soul.  The Boys puts the pedal to the metal on that front, with its cynical take on Supes as power-hungry, greedy, two-faced, lascivious, and cruel.  Homelander is the worst of the bunch.

With his patriotic vestments and virtuous facade, he’s got (almost) everyone fooled.

Brightburn did The Boys one better by answering this question: What if Superboy had been a murderous sociopath instead of a benevolent champion of justice?  Not even his adoptive parents were safe from Brandon’s wrath.

This frightening peek into a dark comic book world advanced the fledgling genre of Superhero Horror. 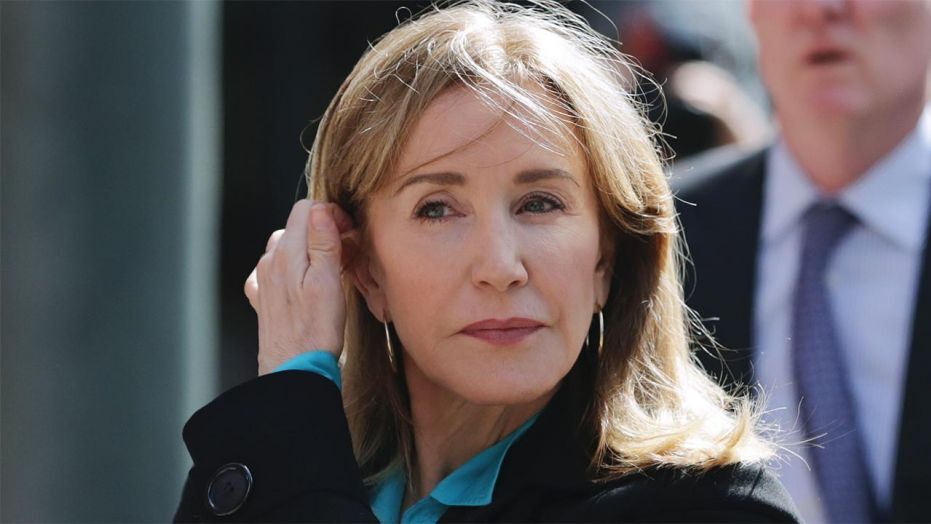 She was the face of Operation Varsity Blues, the college admissions bribery scandal that surfaced, yet again, the corrupting forces of privilege.

Not many parents could throw the same kind of money at the problem of getting their kids into school. Yet similar dynamics are in play with snowplow parents every day.  Huffman also played bigoted and disgraced prosecutor Linda Fairstein in When They See Us.

What a year of infamy. 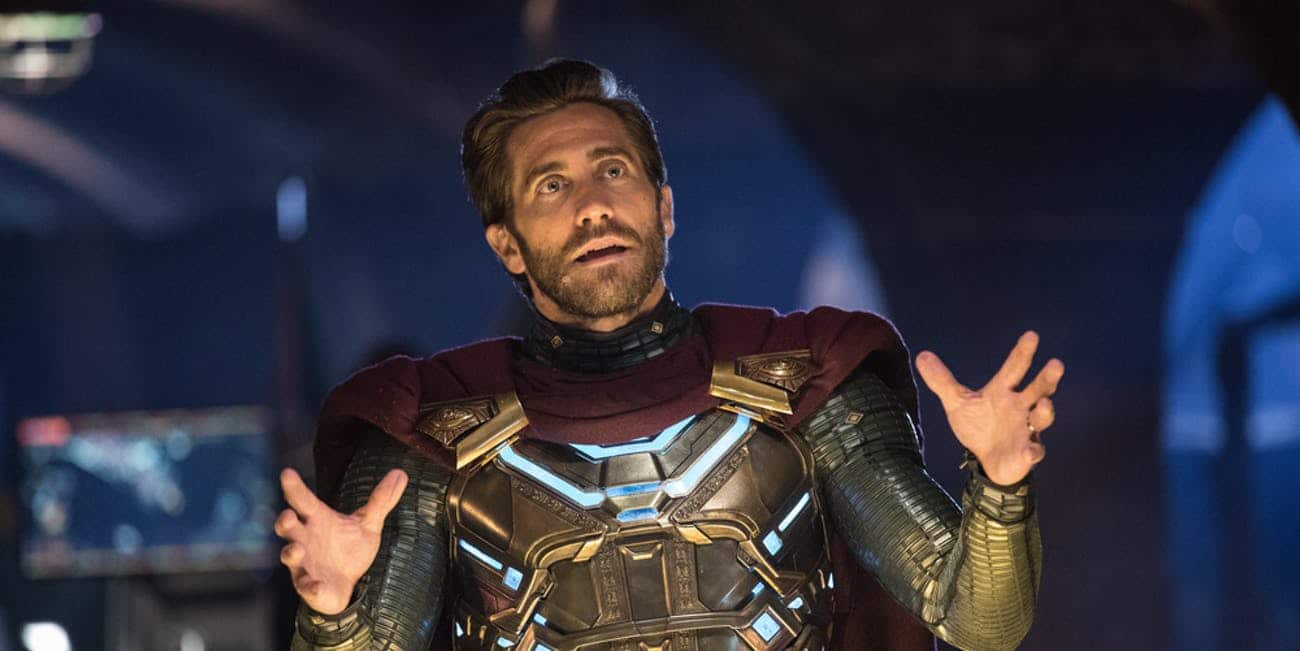 The antagonist in Spider-Man:  Far from Home is a prototype villain for this era.

His weapons are deception and manipulation. He creates self-serving narratives and imposes them on unsuspecting masses. He is a media master who revels in propagating alternative facts and fake news. 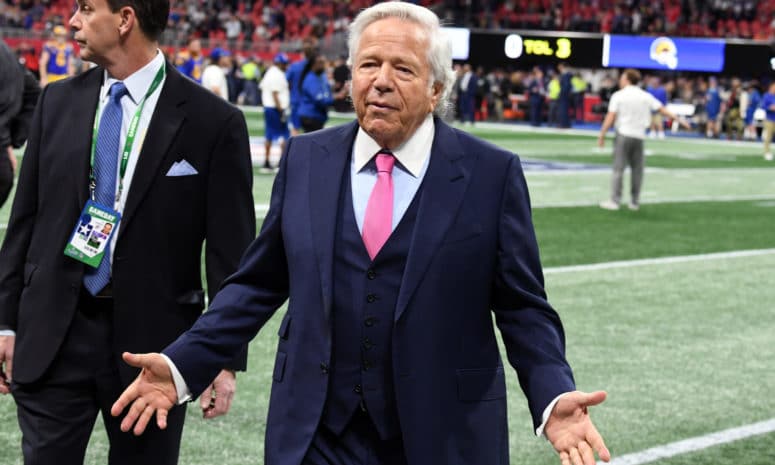 Haters of the New England Patriots (and there are plenty out there) suffered mightily this February when the Pats won their 6th Super Bowl.

Was karma wreaking havoc when team owner Kraft faced criminal solicitation charges?  In their decades of dominance, the Pats have weathered multiple controversies related to allegations of cheating.  But Kraft’s troubles are far more personal and embarrassing. 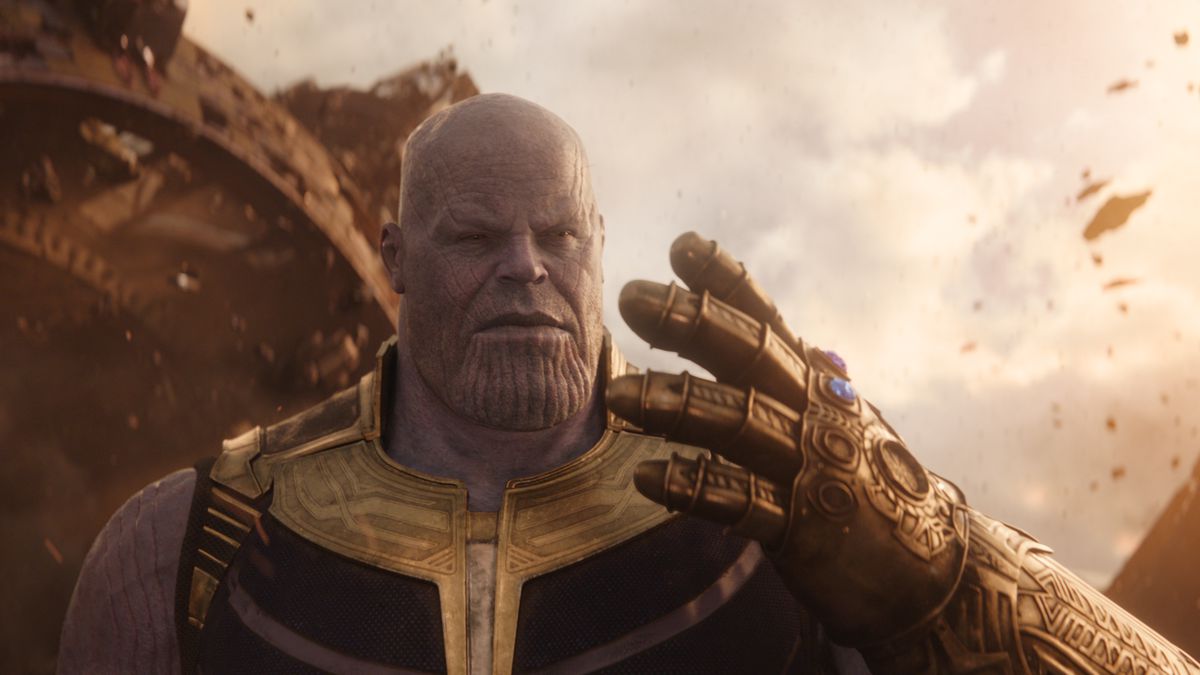 The Mad Titan also made my villain list for 2018, and in Avengers:  Infinity War he was somewhat sympathetic.

He had to make the cut for this year as the heavy in one of the biggest movies of all time.  But more pertinently, in Endgame he was even more villainous- taunting, ruthless, and sadistic.  He deserved getting dusted. 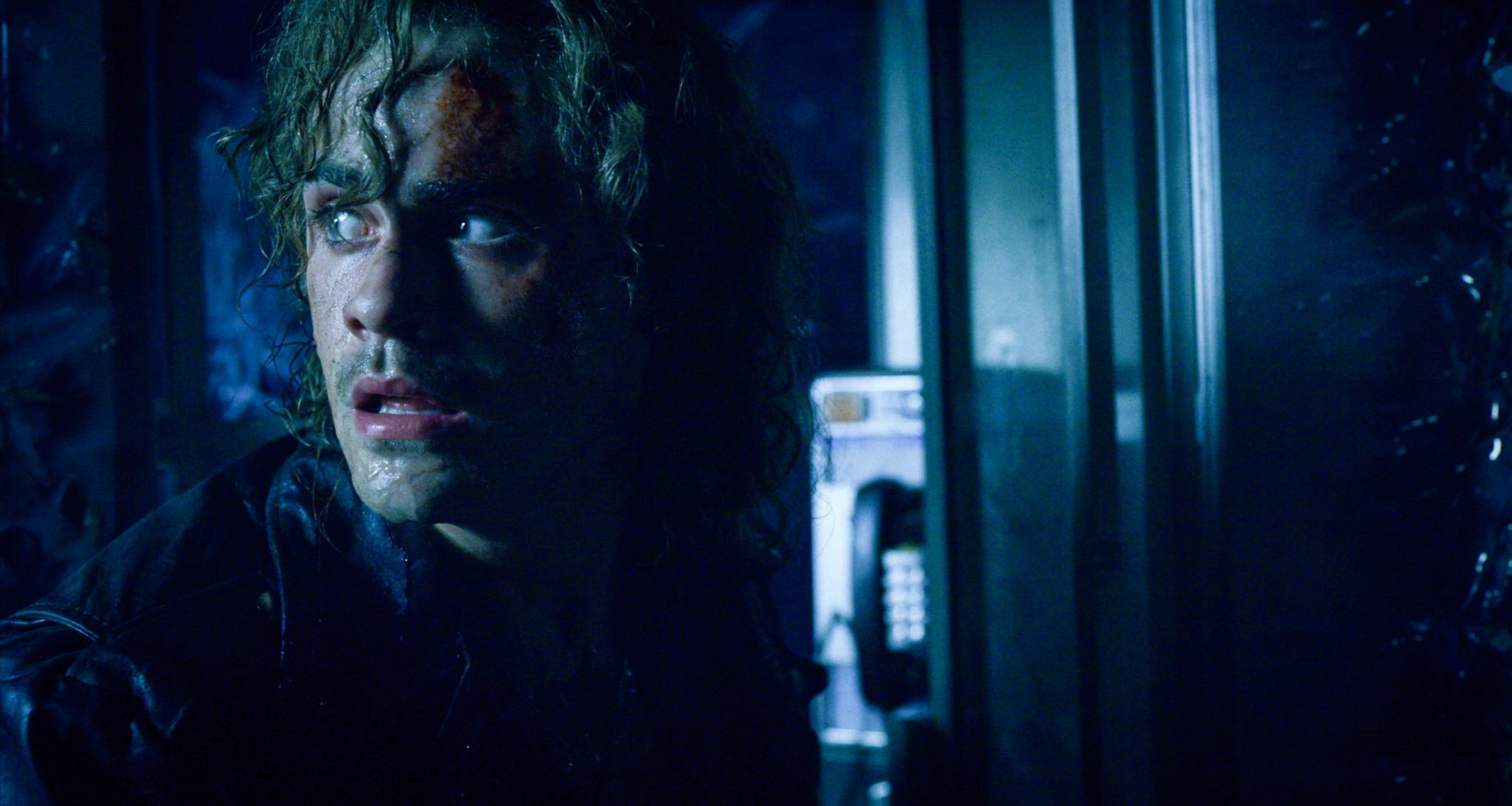 One could argue that the cocky lifeguard from season 3 of Stranger Things wasn’t really a bad guy since he was possessed by the Mindflayer and he ultimately had a moment of resistance and redemption.

However, Billy was the face of evil in the popular series, his own cruelty amplified by the supernatural. Whether you want to blame him or the big bad from the Upside Down, the weight room showdown with Eleven was one of the most gripping scenes of the year.

But the top villain of the year is…Arthur Fleck 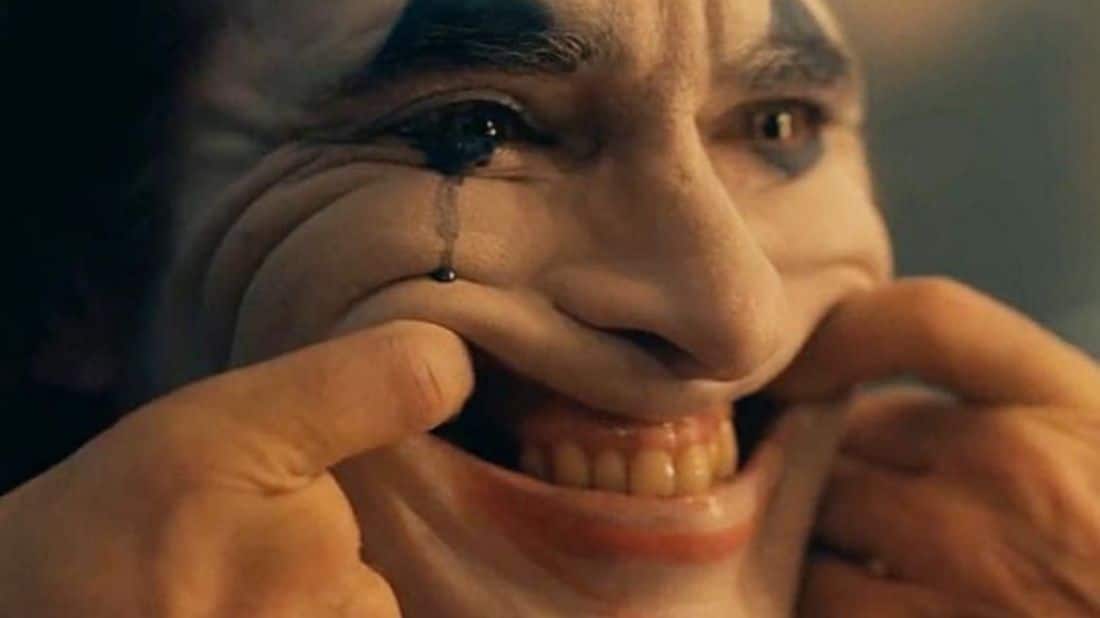 What made the Joker 2019’s Villain of the Year? As a cinematic Rorschach Test, he’s all scary things to all people. 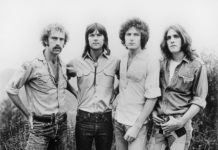