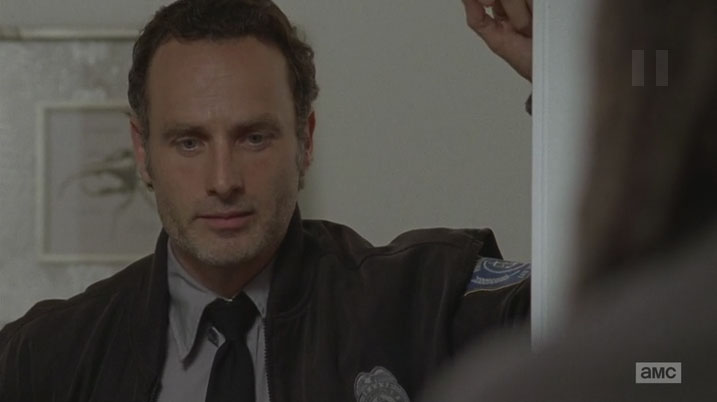 Full disclosure, the first time I attempted to watch the episode, I stopped midway through and scoured the web for a synopsis because I lacked the requisite intestinal fortitude to continue.  I returned to it, several months later, in an attempt to understand the confusing thoughts and feelings that I had developed, towards a show that I had previously, happily binge watched for hours.

Then, like a Walker who was nowhere to be seen a moment ago, but somehow developed super-speed, it bit me.  The drop off in the ratings, my feelings towards the show:

This is a bit tough to chew on. Please explain:

There are many theories which posit, rather than being a disease state, that depression actually evolved right along with us from our cave man days.  My personal favorite is the Behavioral Shutdown Theory, developed by Dr. Gregg Henriques, which you can read all about here.  If you’re not one for lengthy articles, the gist is that, much like touching a hot stove causes you to withdraw your hand and keep it there in order to avoid pain, repeated experiences over time that cause psychic distress are responsible for the cluster of symptoms that we refer to as Major Depressive Disorder,  In essence, the symptoms keep us from doing things over and over again that are no longer effective in getting our wants and needs met.

Hopelessness is a hallmark symptom of depression; it’s the belief that things are bad now, and there is absolutely no chance that relief is coming.  The feeling of hope is central to our overall well-being and integral to maintaining our day-to-day routines.  Hopefulness about boosting your GPA and relaxing over winter break keeps you in the library during finals.  Hope for a promotion motivates you to put that extra flourish on your presentation for work.  The creators of the Walking Dead have systematically chipped away at our collective hope.  Every time our intrepid band of survivors has approached something close to a respite from the ravages of the post-Walker world, some new, Bigger Bad has brought the hammer (or bat) down, relentlessly.  It’s no wonder I could barely bring myself to finish the mid-season finale; I’ve lost any sense of hope that their situation will improve.

When the taste of human flesh loses its flavor:

This brings us to anhedonia – an insidious symptom of depression, loosely defined as the inability to experience pleasure.  This extends not only to watching your once favorite hockey team or reading a riveting book but to the inability to feel pleasure or a sense of connectedness with friends and romantic partners as well.

Shows like Game of Thrones and The Walking Dead have made names for themselves in part, for their willingness to shatter TV taboos, and kill off main and beloved characters, often, perhaps too often.  One of the reasons that folks are drawn to shows like the Walking Dead, is the masterful manner in which the writers and directors intersperse the action and character development within each episode. 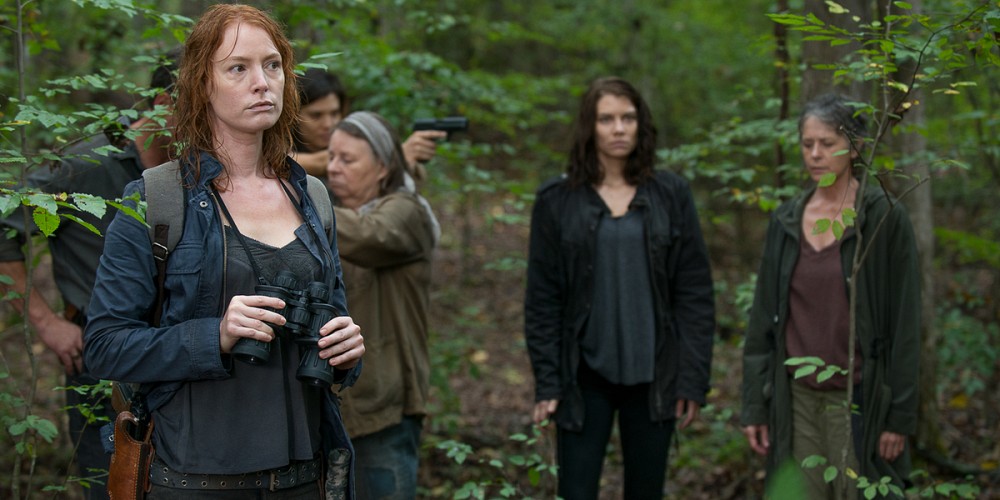 We care enough about these characters to keep tuning in, week after week because we want to know not just whether they’ve survived, but who they’re hooking up with, and how they’re coping.

A lack of focus on lead characters in recent seasons has led to massive, interweaving storylines that allow little opportunity to form relationships with any of the characters.  Combine this with the knowledge that anyone can be killed off at any moment, and my response to the characters becomes anhedonic.  I can no longer care about them, it’s too painful, and therefore, I have no real reason to keep watching.

Without sacrificing any limbs, is there a cure?

At this point, I would like to invite the showrunners, writers, directors, and producers to all have a seat on my giant couch.   You should all be immensely proud.  You’ve created a show that has not only flourished for many seasons but constitutes some seriously groundbreaking television.  In the process, however, many of your viewers have developed Walking Dead Depressive Disorder, which I believe, has contributed to the significant drop off in your ratings.

So, what can be done about it?

It is my sincere hope that this post will not be lumped together with all of the Walking Dead bashing stories out there.

Rather, like all of us, there are moments in time when we shine, and moments when we need help to continue moving forward.  I want nothing more than to see The Walking Dead return to its rightful place at the top of the ratings, and with a some intervention and willingness to change, I have no doubt that at this time next year, Walking Dead Depressive Disorder will be a forgotten aphorism on the Walker Heap of history.