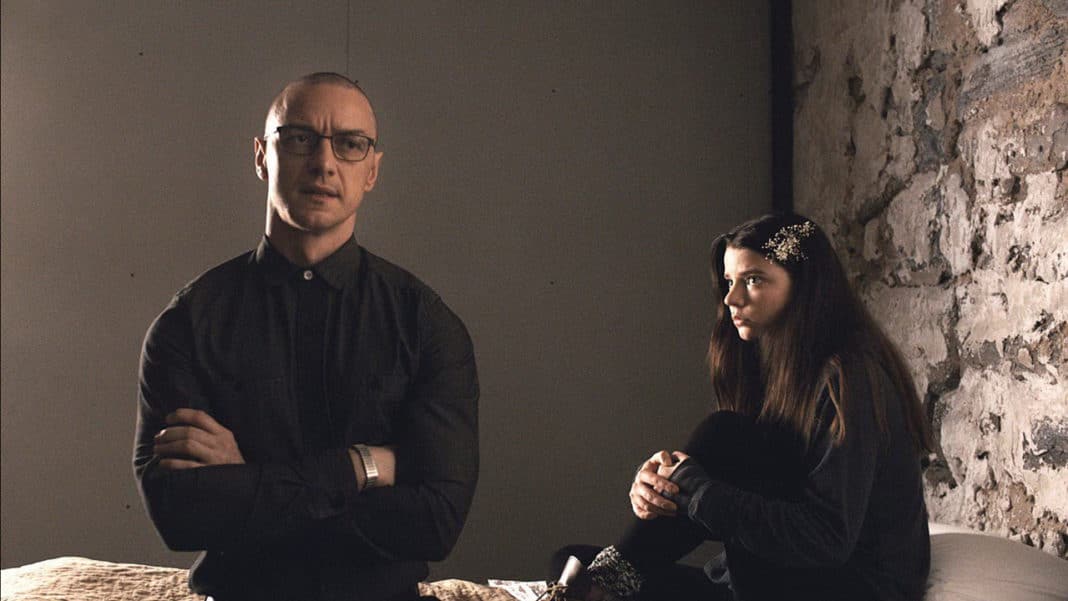 In M. Night Shyamalan’s newest film Glass (and its predecessor Split), James McAvoy stars as a man named Kevin Wendell Crumb who is diagnosed with Dissociative Identity Disorder (DID).

While Kevin has 24 distinctly different alters, the films focus on only a handful—the most noteworthy of which is called ‘The Beast,’ a super being with incredible strength and bloodlust.

But Shyamalan’s interpretation of DID aside, what is Dissociative Identity Disorder?

Dissociation is defined as a separation and disconnect internally or with the present moment. We all experience dissociation on a regular basis through highway hypnosis or losing ourselves in a good book.

DID is the result of continued dissociation during ongoing traumatic events—ultimately leading to fragmentation of the individual’s personality.

This fragmentation leads to the creation of alters (also called parts, selves, personas, or other names) which can vary in age, behaviors, interests, values, and memories. Alters are not different personalities or ‘alter egos;’ instead alters together form a person’s whole, integrated self.

It is common for different alters to take the lead, or switch, making decisions for the body or collective system, which can sometimes cause memory loss.

DID affects roughly 1% of the population, although it’s difficult to find an exact number due to the wealth of new research and knowledge around DID developing in just the past two decades. Many people with DID attend treatment where they work towards integration of the alters, internal communication, or control of the switch.

Like many mental illnesses, DID faces stigmatized media representations that can present individuals with the disorder as dangerous and violent.

To better explore the impact of Shyamalan’s controversial portrayal, we’ve asked people living with DID.

“My experience with DID differs from these films in that I could never fathom hurting another, least of all someone who has tried to help me.”

How does your experience with DID compare/contrast with the representation shown in Glass/Split?

“Most profoundly, my experience with DID differs from these films in that I could never fathom hurting another, least of all someone who has tried to help me.

My therapist is such an important person in my life, just imagining her in harm’s way makes me shake. And, I’ve never once questioned if *I* could pose her any threat. But, beyond her, I have only known violence and pain for so much of my life. I could never inflict it on another and only want to bring comfort and healing to this world….  Additionally, most anyone in my life who meets me face to face wouldn’t have a single clue that I have DID.

Switches are imperceptible, uneventful, and seamless. I am also aware of when they happen and now even have a say in when/if they occur. This is something missed most often in media. Switches don’t *always* result in amnesia and the host part isn’t always completely clueless. We often know what’s happening and if we don’t, we can often ask inside and find out.”

“In comparison to Split, well for one we have no beast whom can crawl on the ceilings (lol). We have no headmate that is violent or whom would hurt another soul on earth. One thing, for us, that is depicted fairly correctly in the movie though is the therapy. Sometimes different headmates attend therapy for us depending on if they are facing issues or hardships they personally need to tackle with our therapist.”

“Like many mental illnesses, DID faces stigmatized media representations that can present individuals with the disorder as dangerous and violent.”

What concerns do you have around the portrayal of DID?

“(T)he film trailer for Split caused chaos, pain, madness and harm for many before the film was even released. We had to turn off our DM’s because of the overwhelming flood of questions, triggered systems seeking help AND hate messages we received.

For example: “You should burn in Hell for what you do.” “I’ll pray for your demon soul to be sent to the fire.” “Judgment day is coming.” and other things of this nature.

There was no disclaimer or warning so people with DID who went to the theatre with friends were triggered fiercely and again thrown into chaos and a lack of safety…. Films such as Split and now Glass do damage. Period.”

“We are concerned with the way Split/Glass portrays DID as some freakish magical superpower, and how it continues the long held belief that systems are dangerous, violent people. It also makes DID seem much more like a movie trope, and not a real, common, trauma based disorder.”

“I also am concerned that films don’t portray the illness as a response to chronic childhood trauma.

This is one of the few completely PREVENTABLE mental illnesses.

People with DID are suffering. They’ve been hurt in ways most cannot even imagine. It’s not just someone with a brain on the fritz. It’s a response to indescribable abuse/neglect as a child.

Plus, the least interesting thing about the condition is what the alters are like, it’s the trauma that forced their brain to adapt in one of most unique and impressive ways. …ways researchers are still learning about every day.

DID is a strength in the presence of trauma, not the problem. DID didn’t cause the distress, the trauma did.”

What strengths did you see in the portrayal of DID?

“The only possible strength we could possibly see is how it portrays the little, Hedwig I think, as an actual child instead of an adult pretending to be a child.”

“The strengths are simple in my opinion. It gave people in the DID Community the strength to come together and speak out. It’s brought POSITIVE portrayals to the forefront because others noticed how wrong it was and now are biting back with indie films, stories, and accurate documentaries.”

“I found Split to be very damaging and stigmatizing. I expected to hate Glass… I didn’t. I got triggered by it. But once I had worked through that, I actually felt very positive about it… To be honest; I don’t know what extent my positive reaction to the film was about something specific to me and my experience.

I DO see the stigmatizing elements others see. For me it was cathartic.  I need to work it out more. I need to see it again.”

How do you find media portrayals like this affect stigma around DID?

“I find that the portrayal can be horrible for those who suffer, since the public already has such a gross misunderstanding of what this disorder is. And it can cause harm.

“It harms. It creates stigma that we try to break. The nurse at the hospital refused to talk to me for her whole day shift last time I was there. It was the first and last time I disclosed I had DID to emergency room staff. She was afraid of me and I’m super docile. All parts of me are.”

“Movies like Split & Glass are breeding grounds for stigma. The “it’s just a movie” people only fuel that fire and are blaming those living with DID. Are rape and cancer jokes amusing? Because it is, after all, just a joke. Same concept, different title for the bullshit.

I’ll leave at this: “Nothing in life is to be feared, it is only to be understood. Now is the time to understand more, so that we may fear less.” – Marie Curie”

“Films don’t portray the illness as a response to chronic childhood trauma—DID is a strength in the presence of trauma, not the problem. DID didn’t cause the distress, the trauma did.”

What should creators consider when portraying DID in media?

“When creators want to portray DID, they need to remember that our earliest memories (if we remember them) are of chronic victimization. We are more likely to be victims as adults.

They need to remember that we are a community whom faces heavy difficulties already without being portrayed as super human villains.”

“M. Night Shyamalan outright lied to the DID community. All we wanted was for him to at least put a disclaimer that this was not an accurate portrayal of DID, but of course he didn’t.

Our system, and many like us just want REAL and RESPECTFUL representation that doesn’t paint us as monsters and instead paints us as the wonderful parents, artists, writers, cooks, mechanics, good people that we really are.

Creators should talk to real diagnosed systems, and not go off the first result on Google or horror stereotypes.”

“Creators 110% need to consult with survivors, therapists, and other clinicians who treat DID before even contemplating making DID content. You cannot get what you need from a psych book. In fact, most materials and coursework are wildly outdated anyway. So much incredible research has been done the last 10 years…. Tread extremely cautiously and lovingly, or don’t tread at all.”

Throughout many of these testimonials, we hear similar themes:

If we’re not careful, we can find ourselves caught up in this wheel: thoughtlessly accepting and creating harmful content.

It’s up to us to decide to break it. To choose to understand rather than stigmatize.

To recognize education as a powerful tool rather than relying on worn-out tropes.

It takes courage to share our stories. Special thanks to our interviewees, some of whom have asked to remain anonymous:

Anonymous, A is a 31-year-old child exploitation survivor who has committed her life to trauma education, providing support and compassion to anyone struggling with mental illness, and helping survivors with DID get the treatment they need and deserve.

Erika Reva- The We In Me, is a Midwest advocate working to advocate and educate around DID.  She partners with NAMI and local police departments to increase awareness and understanding and has created a 7-week Living DID Course for clinicians.  She’s married and rescues and fosters with her husband in the Midwest. Find her on Twitter @TheWeinMe and her podcast here.

Kevin & Co., is a mental health advocate on Twitter @onelilpill

The Metanoia System works to correct misinformation around DID and help others understand how movies like Split/Glass are destructive.

For more thoughts on DID in Media Representation:

Statement by International Society for the Study of Trauma and Dissociation: http://www.isst-d.org/downloads/Statement%20on%20Split-final.pdf

The Mighty on DID in Split and Glass: https://themighty.com/2018/12/thriller-glass-split-unbreakable-dissociative-identity-disorder-disability/

The Guardian on DID in Media: https://www.theguardian.com/film/2017/jan/12/cinema-dissociative-personality-disorder-split-james-mcavoy

Beauty After Bruises: Regarding the Film Split: https://www.beautyafterbruises.org/blog/2017/1/25/regarding-the-film-split

Impact of Split and Glass on DID: https://gilessieburg.wordpress.com/2019/01/17/the-impact-of-split-and-glass-on-did/ 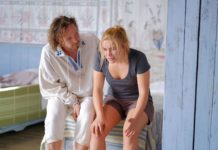