Danny Diaz, the Defensive Coordinator for the University of Miami, may have taken a few positive psychology courses in preparation for this 2017 season.

His brilliant creation of the Turnover Chain has played a major role in Miami being undefeated for the first time in a long time. Diaz wanted to find a way to incentivize creating turnovers, and what he (with the help of the King of Bling jeweler AJ Machado) created is quickly becoming iconic in the world of football.

Not only is “The U” the right incentive for this team, it has brought a lot of positive attention and excitement back to this football program.

Watching players be presented with the turnover chain after a play is mesmerizing.  This weekend I found it impossible not to stop dead in my tracks with a huge smile on my face as the entire Miami sideline rushed to rally around and celebrate the player getting the chain.  Each player who earned the chance to wear it looked ecstatic and proud.  It was such a joyful and fun addition to the game, and who doesn’t love a little extra pizazz to college game day?

It is no surprise that this strategy works, offering incentives for performance is nothing new.

“Businesses, teams, and educators have long understood that dangling a prize or symbol of success motivates their employees, athletes, and students.”

Think about when you see a pink Cadillac driving down the street, you know that the woman driving it has been killing it for Mary Kay.

In PGA, the ultimate status symbol is donning a green jacket. Maybe you or a friend has been willing to work harder to bring home more sales this quarter since the announcement of an incentive trip to Turks and Caicos for top performers.

Students who are on the edge of a high grade put in extra time studying to be able to not only wear honor cords at graduation but declare on their college applications that they were in the National Honor Society.

The Psychology of the Chain

There is an entire theory in psychology detailing the role of external rewards and incentives in motivation, which boils down to people can be motivated by the promise of earning rewards.

What is most important in an incentive being motivating is the value of the reward to the person being incentivized.  For example, my 3rd-grade daughter has a Physical Education teacher that asks the students to track their physical activity outside of school each month.  If the student is active for X amount of days, and X amount of minutes, they can earn a reward.

Now, keeping track of this is a huge task for a 3rd grader.

When this was first offered, the reward took place at a Charlotte Hornets basketball game.  Since my daughter is about as anti-sports as it gets, she did not find this to be motivating and took a hard pass on the cumbersome task of logging her daily activity.  Yet the next reward offered was a Popsicle playdate after school on the playground.  Now, the promise of Popsicles and friends got my daughter’s attention and she was finally willing to do the hard work.  Value is highly subjective.

So would the Turnover Chain work at any football program?  Nope.  This is the right fit for this team, this year.

There are many sports psychologists who say coaching a millennial athlete is different than previous generations.  Not only is there higher pressure for millennials to succeed, they have also been taught their whole lives that they are special.  Miami has found the right way to reward players under high-pressure stakes and make the athlete stand out with flashy bling that fits the personality of Miami.

It takes a certain type of baller to be able to pull off a massively oversized gold chain with a fistful of sapphires.  It looks nothing but cool on this team.  Saturday, Miami defeated their long-time rival Notre Dame and compared to Notre Dame who emphasizes the team over the player to the point that they do not even have names on the back of jerseys, you can see how flat an incentive like the turnover chain would fall pretty flat under their Touchdown Jesus.  Several other teams like Colorado State and Alabama are trying to make a WWE style belt with the same meaning behind the chain happen.

Same idea, just not even close to as cool.

— The Chain is Forever

While earning The U Turnover Chain gives these players their 15 seconds of fame, the players see the value well beyond the short term.  It is safe to assume most of these players dream of being drafted.  This flashy chain helps to shine a spotlight on each recipient’s abilities to every NFL scout who may not have been watching before. That attention is invaluable and has this team giving 110% all of the time.

Diaz’s idea has brought back this team’s former powerhouse reputation, and now that they are playing with so much heart they will be nearly impossible to beat. 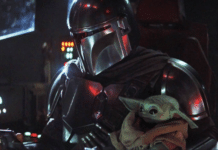