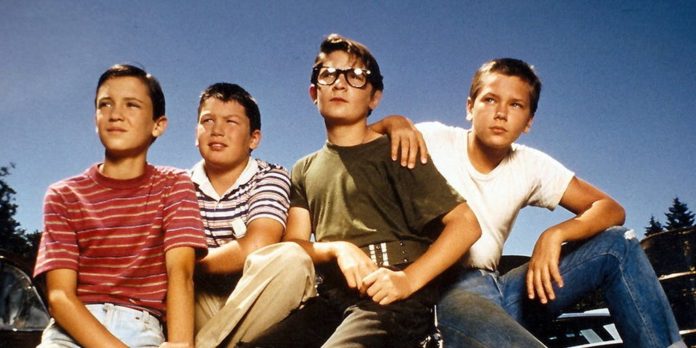 EDITOR’S NOTE: The following is an abridged transcript from Jonathan Hetterly’s video covering his thoughts on Stand By Me. To hear his full explanation, check out the video below.

Stand By Me has a lot to say about childhood friends, the impact of family relationships, and growing up.  It’s shocking how a film made in the mid-eighties that’s (set in the late fifties) has proven to be a timeless masterpiece.

I’m starting a series within a series called ‘The Films That Shaped My Love of Cinema’. I’m looking back on the pivotal films that, in addition to being great works of cinema, have a strong personal connection to me.

I cannot think of a better film to kick off this series than Stand By Me.

Based on the short story “The Body” by Stephen King, director Rob Reiner crafted a 90-minute film packed with more honesty, emotion, and truth most films can muster with twice the running time.

But Stand By Me was more than just a film when I first watched it. It was like watching my childhood play out on screen. The film provided me a language to connect to my own turmoil and fear I was enduring at that early stage of my life.

The film’s honest touch also must be credited to the author of its source material.  Stephen King has spoken about the autobiographical nature of the film.

So, why do I hold Stand By Me in such high regard?

Because it portrays boys showing vulnerability with one another. Stand By Me showed the space where naïveté makes way for the terrible truths of the grown-up world.

Chris and Gordie worry about growing up and what it’ll mean for their friendship.  Gordie, recognizing that Chris knows him better than his parents, fears that they will grow apart and fade out of each other’s lives.

Chris encourages Gordie to excel in his life without consideration of him or his parents.

Stand By Me became a classic because it understood the shifting landscape of late childhood into early adolescence.  How many films show kids to be scared, insecure, and damaged like many are in real life?

The topic of family, and parents in particular, is central to the film.  Up to that point in my young life, I hadn’t been exposed to a film or story that was a commentary on my own life.  Stand By Me provided language and emotions to my own story.

I am a child of adoption, a Korean kid raised by a Caucasian family, and a child of divorce.

I would not have been able to verbalize it at the time, but it was clear that I was filled with sadness, worry, and anger at a young age.  Like many kids, and like the character of Teddy, I buried my emotions with the façade of humor.  I became a jokester.

I found solidarity with Teddy, Chris, and Gordie.

I understood how the actions of parents profoundly impact the lives of their children.

Stand By Me is an invitation to reflect on one’s own childhood experiences, the good and the bad.  I’m watching my own children grow up in a very different time.  But the prospect of growing up is always in some way scary.  And the power of friends, and the pain of family, can stay with you long after they cease to be a part of your daily life.

Gordie’s final words summarize the specialness of that time of one’s life:

“I never had any friends later on like the ones I had when I was 12.  Jesus, does anyone?”