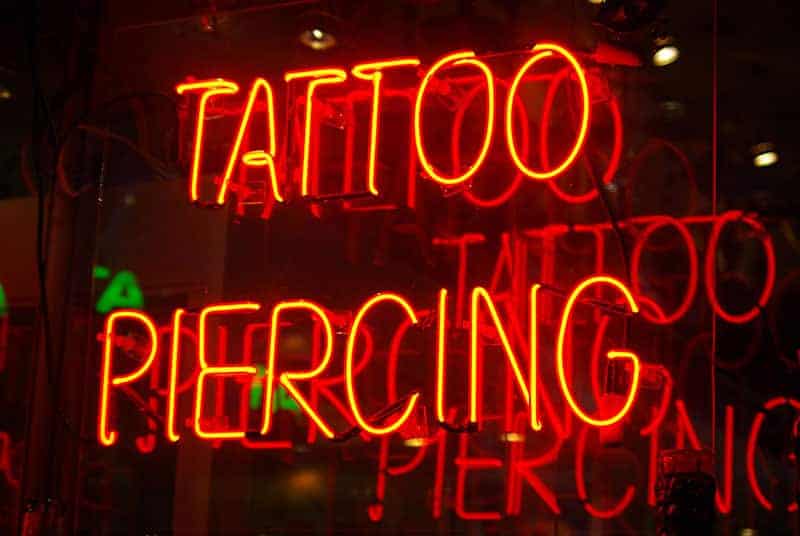 Prior to the 1980’s, tattoos were most commonly found on merchant marines, bikers, and tribal cultures in foreign countries. Around the late 80’s and early 90’s, they started to become much more commonplace. 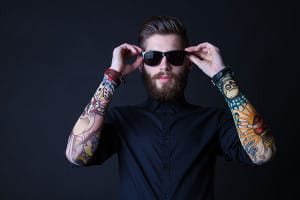 I was the kind of adolescent in the 90’s who needed to be free to make his or her own mistakes (e.g. let me see if I get in trouble or not, thank you). Some of my top ten worst mistakes include photographs that I hope never surface (which is possible since the internet and digital photography did not exist at that time), documenting all of my missteps in a journal, some interaction with the law, questionable body parts being pierced, choosing partying over studying, smoking, and, the worst of all, questionable taste in tattoos. I got my first tattoo before it was legal for me to get a tattoo, when it was still fairly taboo. I wanted to decorate my body and be rebellious, and decided upon the most permanent mechanism possible.

Tattoos go in trends, and it is quite easy to estimate the vintage of the tattoo based upon the chosen design.The height of my tattoo phase was when tribal, Chinese characters, 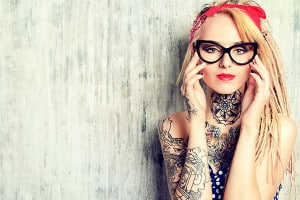 suns, dolphins, and cartoons were really hot. Sad to admit, but two of mine were consistent with this trend. One of my favorite offshoots of this trend was the inaccuracy of the Chinese character, I once was with a colleague who had a character tattooed on their arm, and a visiting Chinese physician asked the colleague if they truly understood what their character meant. Turns out, his desire to have a character that indicated he was a “lone wolf” was met by a tattoo that actually meant “man who throws his wife into the street to starve to death.”

[mks_pullquote align=”left” width=”300″ size=”24″ bg_color=”#ffffff” txt_color=”#000000″]”Here’s an additional challenge, we all age, and the tattoos just do not tend to age well.”[/mks_pullquote]Stars, sugar skulls, Roman numerals, and Japanese-inspired tattoo art followed these trends. You could summarize the last decade in one word: BIRDS. Whether its feathers, whole birds, flying birds, and birds morphing into or out of other things, the birds arrived, To me, this movement was best captured by the Portlandia sketch, “Put a Bird on It,” but with people were opting to put a bird on themselves. Over the past few years, the hot trends have been dandelions with pieces floating away, script (hope they spelled it right), and really small symbols. I have been surprised to see that tattoos have increasingly grown in popularity, with some of the newer versions are much prettier- some of the watercolor ink I have seen on Pinterest is absolutely beautiful, especially when featured on 20-something toned arms. The unique thing you love now is very likely to become a trend, no matter how original, and will likely date the time of your rebellion. One of my old friends picked a tribal symbol of eagle wings, which is also the symbol for American Spirit tobacco, and they are a walking advertisement. 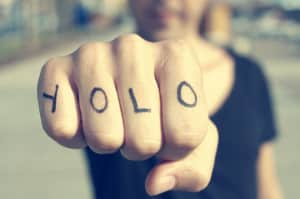 Here’s an additional challenge, we all age, and the tattoos just do not tend to age well. One of my friends when I was in high school got a lovely tattoo of vines around her flat belly button- she found out she was knocked up about 6 weeks later. Several children later, I still wonder how that ink has faired. What I hoped was going to be a glorious tribal piece of art on my fair skin has not aged well at all. Frankly, I don’t think it ever really 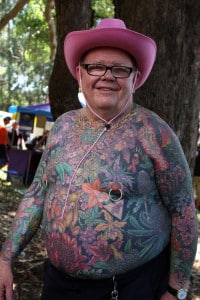 looked great, but that is a longer story. In an effort to fix this error, I have been through ridiculously painful laser tattoo removal sessions, hoping that this mistake can be softened, if not 95% removed. No, you can’t see it. Not happening. To me, the upside is that my children have witnessed the agony that mom has gone through to try to correct some of her childhood hubris, and I am very hopeful that I have made tattoos look ridiculously uncool. We estimate that two of three Daley children feel this way, while one still has a small chance of going with a neck tattoo. Frontal lobe development, and behavioral inhibition, becomes fully mature around age 25, so I am at least hopeful permanent decisions can be delayed until we have a fully mature brain.

Has Justin Bieber Finally Grown Up?