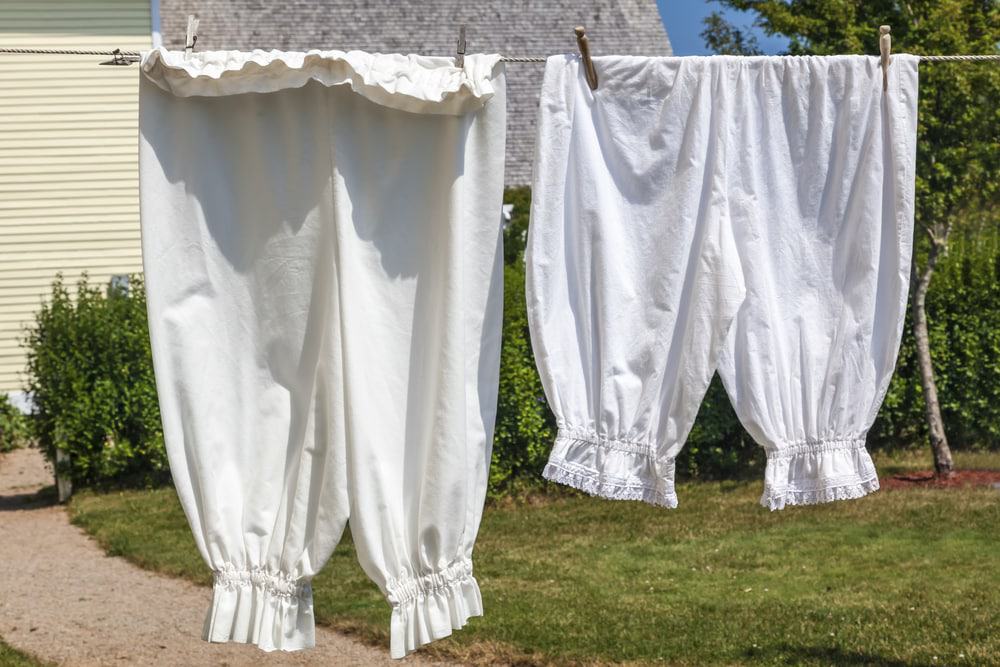 This is an excerpt from Mixed Shrinks: Ridiculous Real Life Stories from Shrinks

In order for you to fully grasp the gravity of my story, I have to give you some background.

First, I hate embarrassment. I hate feeling personally embarrassed, and I hate watching other people experience embarrassment. Even when I’m alone (at the age of 27) watching a fictional character on TV in a humiliating situation, I change the channel and keep flipping back to the show until that scene is over. And this is nothing new. While watching movies with my family as a kid, I would (and still do…) conveniently become hungry, or need to use the bathroom (irony to come) when an uncomfortable scene popped up on the screen. I just can’t handle it.

Second, as an adolescent, I had this really weird habit of not using the bathroom while I was at school. I can’t explain why. It wasn’t as if I had performance anxiety, or that the bathrooms were disgusting; I just never used them. I can remember on multiple occasions coming home, racing to the side door of the house, scrambling to get the key into the doorknob, squeezing my legs together, and practically falling over myself to get to the closest bathroom. There were several close calls…and one perfect storm.

One final note: During this time in my life, I babysat a few afternoons a week after school for our next-door neighbors. I loved this family. The mom was/is possibly one of the most genuinely sweet people I’ve ever met, not to mention beautiful and crazy intelligent. The father I didn’t see as much, since he was busy saving people’s lives as one of the few medical specialists of his kind. And their baby. Obviously adorable. I, on the other hand, was pretty awkward with pimples in full force. 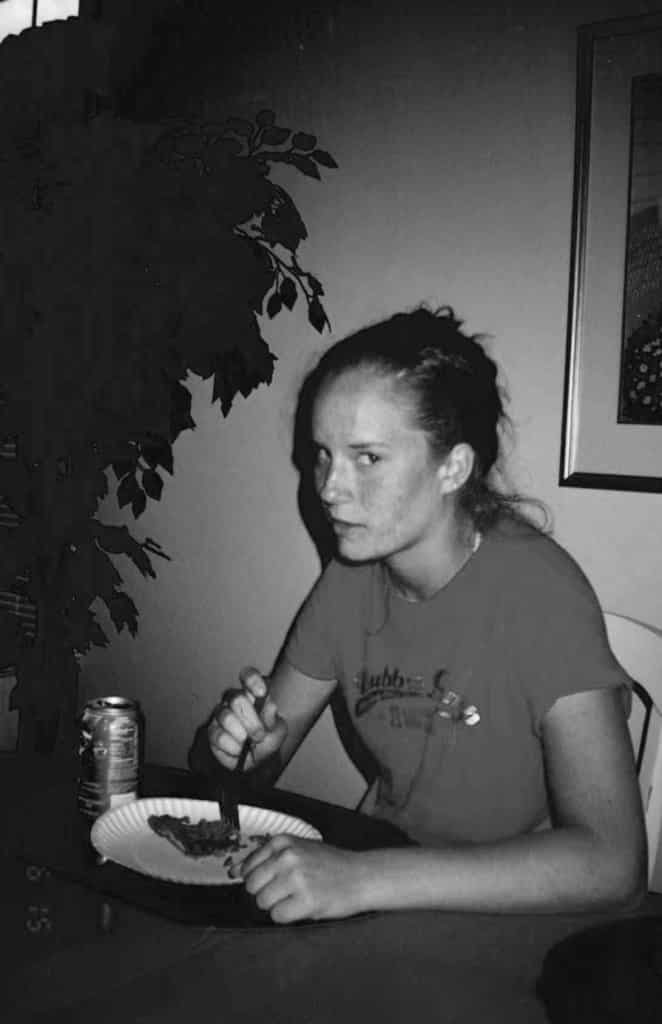 On one particular day of babysitting, the mother of the eight-month-old infant was working from home. While she was busy downstairs, I was upstairs watching the baby. I had only been there for maybe 30 minutes when the urge to pee hit, as tends to happen when you have been holding it in for longer than eight hours. I quickly finished changing the baby’s diaper, and put her on the floor. I walked into the adjoining bathroom and looked at the toilet. It was baby proofed with a strange looking device.

I made several unsuccessful attempts to lift the lever, as my bladder grew more and more pressured. I started to sweat. I took a break, pacing in the bathroom, checking on the baby who was safely crawling around in her room. I returned to the toilet, this time more forceful in my efforts to lift the lid. Nothing worked.

At this point, my mind was racing and trying to not think about how relieving it would feel to just let go. I racked my brain for an alternate plan and clenched my legs together like I’d been using a Thigh Master for years. Then, logically, I thought, “I could pee in the bathtub…or in the sink?” Luckily, rational thought saved me as I realized that standing on the sink to pee would be really difficult to do without falling off, and then I’d have to clean the sink or the bathtub if I were to pee in those spots…and let’s be honest, who wants to do that?

I’m sure by now you’re all thinking, “This girl’s an idiot. Why didn’t she just ask the mom, who was downstairs, how to release the lever?” First of all, I agree with you, I was an idiot. Second, I seriously don’t think that solution ever occurred to me. And the only reason I can surmise as to why it didn’t is because I was EMBARRASSED to admit that I couldn’t figure it out. I mean, how humiliating to ask someone for help with a piece of equipment I have never seen before, and was never instructed on how to use, right? That would be catastrophic.

With conflicting thoughts, I frantically moved around the room in no particular order, like I’m Monica Gellar and no one’s using coasters. And then it happened…I couldn’t hold it any longer. No amount or speed of pacing could hold it at bay. The dam broke…all over myself and the tiled floor. So there I was, standing in my own pee, freaking out, when the baby began slowly crawling towards me. I stretched my arms out, as far away from my soaked-self as possible, picked her up and placed her at the greatest distance from the liquid that I could.

She kept trying to come back to me, and as I continued to displace her, I realized that I was screwed. There was no way to conceal it. I was in freaking khaki pants; no one can hide a huge wet spot on that fashionable trend. I was in my worst nightmare; the mom was going to find out that I just urinated all over her bathroom floor. What would she think? Who would she tell? How could I face her?

I picked up the baby because by this time my arms were tired from playing conveyer belt with a 20-something pound sack of potatoes, and conceded. I had to tell her; I couldn’t recover. Walking to the banister, I called down to the mom. And just in case there was a chance I might escape with a little bit of dignity, I began to cry. She came to the bottom of the stairs, and looked at me with a sympathetic face, seeing my red cheeks. I began: “Um…so…I really had to go to the bathroom, and I couldn’t get the lock off…and…I couldn’t hold it anymore…and….” I trailed off; I couldn’t say it out loud. I have no idea what the mom said in response; I think I dissociated at this point. All I can remember next is sprinting across their front lawn into my own front yard, and wrenching open the side door as fast as I could, praising God that no one was home to discover they’re related to someone who pees themselves at 15 years old. Alone with my shame, while changing my soaked bottom half, I took some deep breaths as I came back to reality.

But my shift wasn’t over; I had to go back. So I took my proverbial walk of shame and returned to the neighbors’ house. The gorgeous mom opened the door and immediately began to console me, saying that when she was in residency she got used to cleaning up bodily fluids…and that she had just cleaned up mine. Mortified.

How does someone bounce back from such humiliation, you ask? Deny, repress, and don’t speak of it for years. Never happened. That’s what I advise all my clients (Sarcasm, for those of you who don’t know me). Thankfully the mom seems to have used the same technique, otherwise how could you reason that she, a reputable psychiatrist, would ever refer clients to me?

Want more? Check out, Nude Christmas: Santa’s The Only One with Brand New Bags

Get the entire book, Mixed Shrinks, on HeroHouse.com or Amazon.

A Psychologist’s Take on Why We Prank 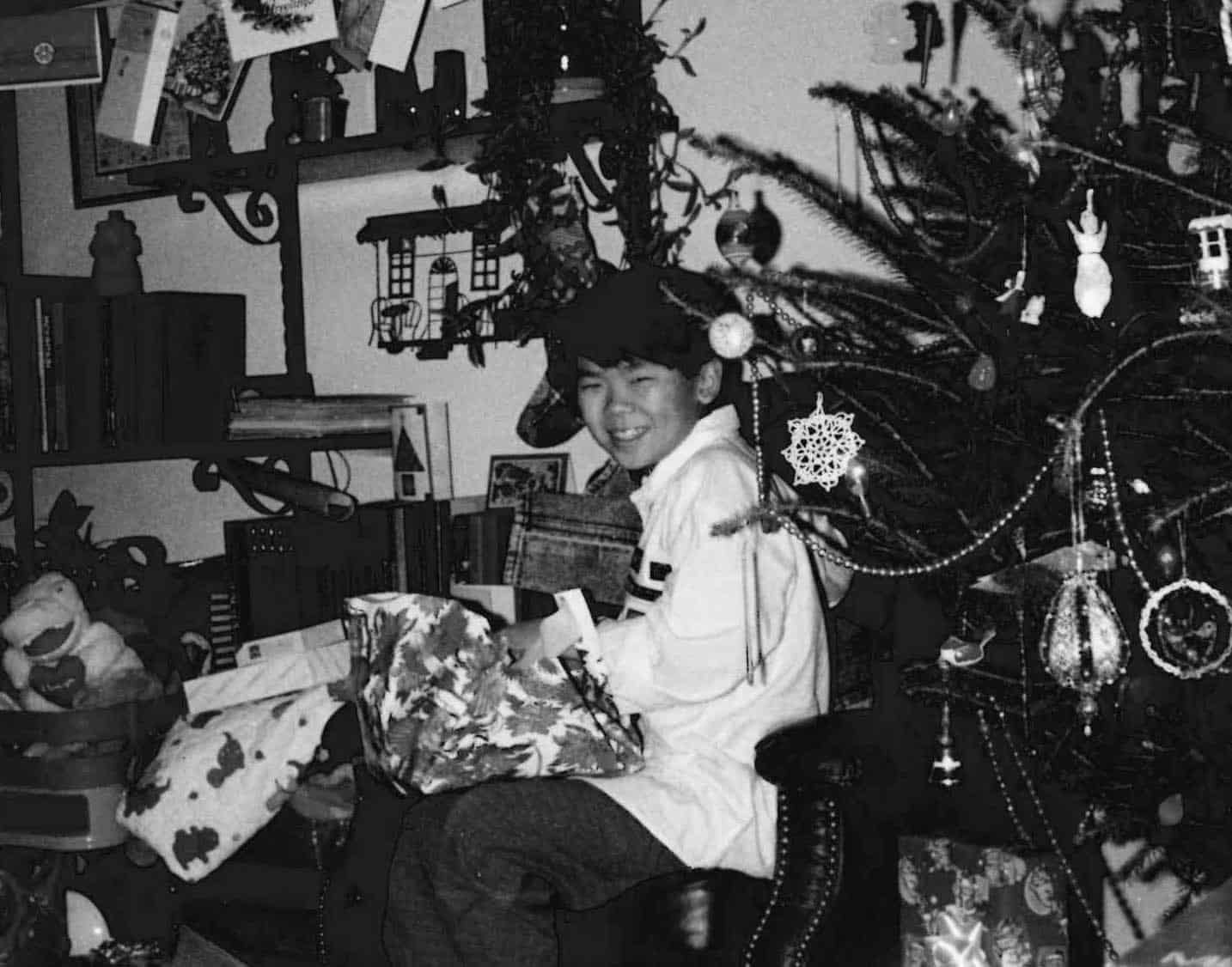 Nude Christmas: Santa’s The Only One with Brand New Bags