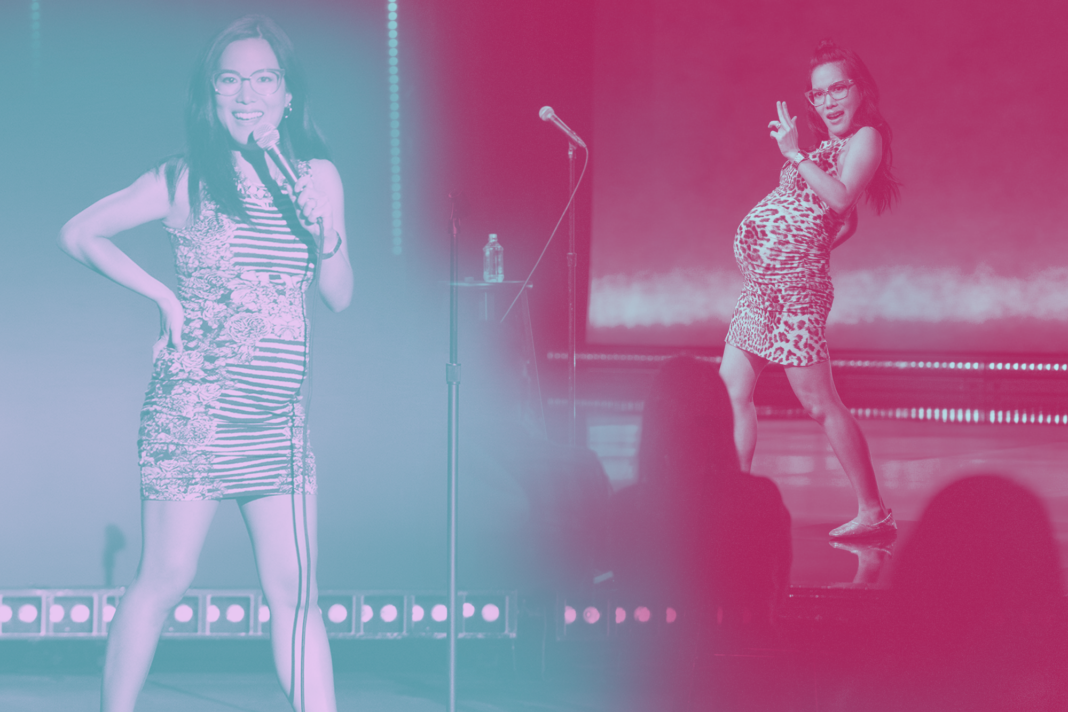 In a genre wrought with a history of performers’ suicide, substance abuse, and mental illness (see Chris Farley, Robin Williams, Richard Pryor), the discussion of comedy and mental health go hand in hand.

As a painful and deeply personal subject, should mental health be joked about?

Addressing their self-image, mental illness, trauma, and struggles through jokes are not just cheap attempts to self-deprecate for audiences’ entertainment. Rather, it is a way for comedians to confront a stigmatized topic, offer their personal insights, and change perceptions of mental health.

Comedy is more than just a form of entertainment. Jokes can be dissenting opinions that wouldn’t otherwise be allowed to be voiced. Jokes can be a form of protest against “serious” structures of society, and humor can be a Jonathan Hetterly, a licensed professional counselor, says, “Just because it may be in the form of a joke, doesn’t mean the humor automatically cancels out the pathos and truth behind the punchline.”

Although mostly known as a raunchy wild-child comedian, Ali Wong’s most recent Netflix special, Hard Knock Wife, offers a hilariously real take on miscarriages, motherhood, and pregnancy, and their overall impacts on life. Many women in the US feel they are not prepared for the mental, emotional, relational, and physical changes of new motherhood, and the reality of these struggles is rarely portrayed honestly, if at all. Rocked by her first stand-up special, which she performed 8 months pregnant, the comedy world has come to expect a lot from Wong’s witty, wild, honest jokes.

“Jokes can be a form of protest against ‘serious’ structures of society, and humor can be a coping mechanism with which people confront adversity.”

In Hard Knock Wife, Wong returns as a seasoned warrior of motherhood, using her bawdy and energetic persona to share her experiences and the experiences of her friends (one of whom went through 72 hours of labor) of childbirth and motherhood. Wong warns new mothers about the challenges they will face: “Breastfeeding is brutal, chronic physical torture.” After the birth of her daughter, she claims “I became The Giving Tree. I used to not know what that depressing-ass book was about, but now I know it’s about breastfeeding.”

Wong uses hilarious analogies and explicit descriptions to drive her audience into fits of raucous laughter. But, she also uses her stand-up to confront the unfair realities of parenthood and the mental ramifications these changes can have.  After having her first child, Wong said, “A lot of people like to ask me, ‘Ali, how do you balance family and work?’ Men never get asked that question… because they don’t.”

RELATED: The State of Stand-Up Comedy by The Shrink Tank Podcast

Frustrated with the unequal expectations placed upon mothers and fathers, Wong presents examples of the struggles new mothers face, and consequently demands more respect and help for mothers. Wong takes pride in the struggles she overcomes and makes sure her audiences will never again forget the power of a mother.

Recently diagnosed with Borderline Personality Disorder, Pete Davidson has been very candid about his struggles with mental illness. In his stand-up, social media, and performances on SNL, the comedian shares the struggles of disorder through self-deprecating jokes and quips about himself. With his jokes and frank honesty about his mental health, Davidson has opened up dialogue about his disorder and mental health diagnoses on a whole new level. Davidson shared that he has been in therapy since he was six, and that along with treatment for his BPD and depression, he has made significant steps towards sobriety in rehab.

“Just because it may be in the form of a joke, doesn’t mean the humor automatically cancels out the pathos and truth behind the punchline.”

For a less stigmatized, more open discussion of mental health diagnoses and treatment, Davidson’s candor is a step in the right direction. Jonathan Hetterly describes comedy as a “place to use exaggeration, hyperbole, and offense to speak to a larger truth about uncomfortable things that are going on in our world,” and Davidson serves as an exemplary model for this form of comedy.

In a Weekend Update segment from October 2017, Davidson shared his diagnosis with the hosts and included some tips for viewers’ mental health and SNL’s future coverage. Davidson urged others, “If you think you’re depressed, see a doctor and talk to them about medication and also be healthy,” then added in is classically nonchalant manner, “If you’re in the cast of a late-night comedy show, it might help if they, ya know, do more of your sketches.” He jokes that “[SNL] is like eight hours long and there are like 50 sketches a week, but it seems weird you wouldn’t use one of them to fight mental illness.”

Although he exaggerates and plays off this comment as a joke, what Davidson observes about the lack of coverage of mental health issues rings true for many other TV shows, media, and US culture as a whole.

Comedian Leslie Jones, best known for her acting and writing on Saturday Night Live, champions self-esteem and resilience. Since starting stand-up in 1987, Jones has approached her jokes with unabashed honesty and self-confidence. In the face of critics and trolls on the internet, Jones refuses to let negativity sway her self-image.

After her role in the 2016 Ghostbusters reboot, Jones was targeted by an onslaught of racist and misogynistic harassment online. Since then, Jones has returned to social media, stronger than ever, and she encourages other stars facing online abuse to stand up to and expose their haters.

“Jokes can be dissenting opinions that wouldn’t otherwise be allowed to be voiced.”

In a 2016 segment of SNL’s Weekend Update, Jones equates recent celebrity social media account hacking to the personal attacks she has experienced in her life. Whether it’s a fellow comedian with an entire stand-up set critiquing her feet, or a crazy lady with a shovel at the bus stop, Jones is not fazed by her hackers, stating, “I am very comfortable with who I am.” She also includes some sage advice for viewers from over thirty years of performing and fifty years of living: “At a certain point, you stop being embarrassed and you start being you… because the only person who can hack me, is me.”

Although comedy may initially seem incompatible with promoting mental health, Wong, Davidson, and Jones demonstrate how it can be an entertaining and empowering vehicle for advocacy. Wong uses her comedy to confront the struggles of motherhood society willfully ignores. Davidson uses his comedy to process a difficult diagnosis and raise awareness. Jones uses her comedy to showcase the great power of self-confidence and resiliency.

If you are interested in exploring more comedians that delve into topics relating to mental health, check out Hannah Gadsby, Chris Gethard, and David Granirer. Hannah Gadsby’s recent Netflix special Nanette incorporates the challenges she faced in coming out in a homophobic community with a powerful critique of comedy as a whole. In his HBO comedy special Career Suicide, Chris Gethard takes a frank look at his long history with depression. The show is a raw look at his mental illness, but evokes laughter as he employs his humor as a coping mechanism.

Canadian author and comedian David Granirer has developed an entire system of teaching stand-up comedian as a form of therapy. In Stand Up for Mental Health, Granirer leads programs that allow everyone to learn how to humorously express their experiences and feelings about mental illness, stigma, and their lives.

Do you think mental health is a laughing matter? Are you familiar with any comedians I should add to this list? Comment below!

Bipolar Disorder? Why Hamilton Wrote Like He Was Running Out Of Time﻿