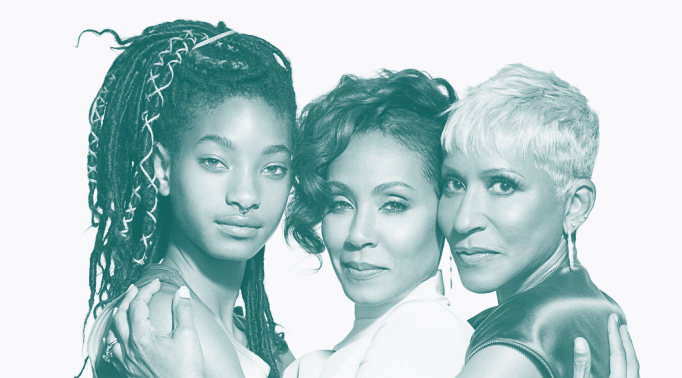 Jada Pinkett Smith has garnered a unique fanbase over the years due to her career, community advocacy, as well as her general outspoken nature. Her Facebook show titled Red Table Talk is no different.

Red Table Talk features numerous conversations that parents should tune in to hear, with topics covering loss & grieving, body image, and even co-parenting.

I found her recent episode on sex to be thought-provoking and different— largely due to the fact that the episode shows three different generations speaking about their experiences and perspective on sexual relationships, exploration, and education.

For many, talking to children about sex can seem like an intimidating and an awkward conversation to have. Some questions that you might consider is when do you start, how much do you cover, and how much to share from your own experiences?

An article was written by Cheryl Embrett on how to talk to your kids about sex. The article cites professionals in the sexual health education system discussing the matter of when parents should start talking to their kids about sex.

“Conversations about sex should start young.”

“But what I also hear from parents is ‘I want to be first.’ If you want to be first, you have to make sure you’re first; otherwise, kids will get their information and attitudes from other children and the media,” says Meg Hickling, a sexual health educator in Vancouver.

Parents should always be the driving force behind sexual education. Children are not well equipped to gain information from other children about sexual health. While sex is a physical act, it encompasses an enormous psychological and emotional component that a child will not be fully aware or be prepared to handle. Conversations about sex should start young with adequately naming body parts and teaching young kids about privacy for their sexual safety. As children become older, the discussion will shift to the more intense emotional and psychological factors that are also a part of sex education.

In the Red Table Talk episode, Jada Pinkett Smith’s discussion range from topics of sexual education and exploration with her daughter and mother, Willow Smith and Adrienne Banfield Norris, as her guest stars.

“I think that people still have a very difficult time talking about sex—especially women.”

Jada has allowed her daughter, Willow, to share her opinions and insight regarding these conversations openly. However, both Jada and her mother Adrienne quickly intervene after Adrienne said an ex-husband suggested that she seeks counseling for her sexual issues and Willow replied with anger, “because men don’t experience the same thing.”

The openness of this conversation is something to be admired, and there is a value of receiving the information from the three different generations about what is sexual knowledge and sexual health from their perspective and current trends.

I appreciate the diversity within the generation of this conversation with Willow’s thought, and I can understand her mother’s and grandmother’s wisdom with bringing awareness and debunking some myths about men and emotional and psychological attachment to sex.

“My grandmother taught me about self-pleasuring because she wanted me to know that that pleasure was from me. She didn’t want me to fall into the hands of a man and if he gave me pleasure, to think that was him.”

In the same episode, Jada reveals having a possible addiction to sex and letting her daughter know that it can quickly become an unhealthy obsession.

I think that it’s important that Jada spoke about her own history of both good and bad relationship with sex. Even more so, I find it inspiring that she discussed this all while encouraging and embracing an open dialogue with her child.

If you’re struggling with how to discuss sex with your child, take some notes from Jada Pinkett Smith by focusing your conversation on being mindful and encouraging them on cautions to take to ensure their health and safety.

You can catch more episodes of Red Table Talk on Facebook here. 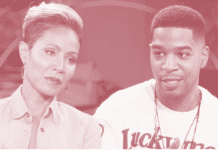