While Joey Fatone is mostly known for being a member of one of my favorite boy bands, *NSYNC, he is quickly making a name for himself as an advocate for Autism education and awareness. Joey Fatone recently appeared on the USA Today show “Big Little Star,” where he discussed his daughter having autism as well as the difficulties that stem from having a child on the Autism spectrum.

Autism, or autism spectrum disorder, refers to a range of conditions characterized by challenges with social skills, repetitive behaviors, speech and nonverbal communication, as well as by unique strengths and differences. We now know that there is not one autism but many types, caused by different combinations of genetic and environmental influences.

The term “spectrum” reflects the wide variation in challenges and strengths possessed by each person with autism.

Autism’s most obvious signs tend to appear between 2 and 3 years of age. In some cases, it can be diagnosed as early as 18 months. Some developmental delays associated with autism can be identified and addressed even earlier. Autism Speaks urges parents with concerns to seek evaluation without delay, as early intervention can improve outcomes. 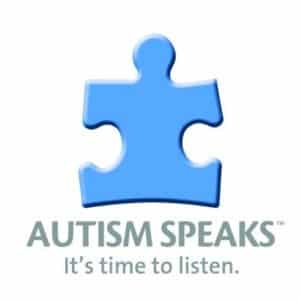 Joey Fatone isn’t the only one with a family member on the spectrum. He’s joined by other celebrities who have been vocal about bringing awareness and educating others on Autism. Here is a list, just to name a few:

Among these celebrities is Toni Braxton. Braxton is a singer, reality show star and Autism Speaks celebrity ambassador. Braxton has been an autism advocate since her teenage son Diesel was diagnosed at a young age.

Deron Williams, NBA all-star, also has a son on the autism spectrum and is an Autism Speaks Ambassador. Williams also founded the Point of Hope Foundation, which supports children organizations through grants.

Why We Love it

Celebrities can appear to have it all, money, fame, power, adoring fans, just to name a few of the perks. When a star comes out and tells us about their personal life, it humanizes them. It makes them ordinary people just like you and me, and in return, we are even able to identify with them in a way that other celebrities may not.

Bringing Awareness to the Next Level

In your circle of influence, you can reach a lot of people, but you may not be able to reach millions. When a celebrity opens up their life and lets us know what they are going through, it intensifies the awareness to another level. They can reach not only their current fan base but others who share their cause and who may not have been aware of what Autism is.

As much education as there is about autism, there is still misinformation that is floating out there.  Autism can happen to anyone regardless of income, status, occupation, age, etc. When a star comes forward, it reminds us that we all need to be compassionate and mindful. When celebrities raise education and awareness, they connect with real people in so many ways. It’s nice to know that even those with unlimited financial and educational resources can still have a child who can have a meltdown at the grocery store.