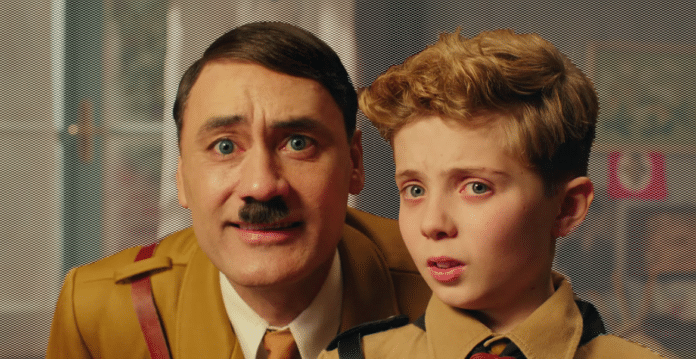 JoJo Rabbit: Is it Okay to Use Hitler as a Punch Line?

JoJo Rabbit, the latest film from Taiki Waititi, follows a lonely German boy who discovers that his single mother is hiding a Jewish girl in their attic. Aided only by his imaginary friend—Adolf Hitler—Jojo must confront his blind nationalism as World War II continues to rage on.

Our panel of Shrinks analyzes the film as well as breaks down some of the psychological concepts that are present in the film. This episode covers discussion on offensive comedy, the psychology of humor, benign violation, and more.

Listen to ‘JoJo Rabbit: Is it Okay to Use Hitler as a Punch Line?’ here, or anywhere you listen to podcasts.

Surprisingly enough, World War II has been at the forefront of a lot of pop culture discussions lately. While the film JoJo Rabbit is set in Nazi Germany, conversation on World War II has recently made headlines for other reasons.

Just this past week, Instagram influencer Freddie Bentley argued that young people should be learning less about World War II, claiming the subject was too “intense” for the mental health of young adults.

During a debate on Good Morning Britain, the 22-year-old influencer was quoted saying that “World War II needs to be taught in moderation to promote mental health and focus on teaching young people real-life skills.”

He also expressed that students should instead be taught “to prepare for current issues that are relevant to us such as how to get a mortgage, what are the real impact of Brexit and climate change for the future generation!”